“The tiles have irregular bumps similar to teeth, but the merchants say that this is a craft. My family is a new house decoration and cannot accept this effect.” Beautiful, but after complaining to the merchant, the other party claimed that he had no responsibility, and the two sides were stalemate.

The surface of the tile is similar to “teeth bite print”

Recently, the editor who received the complaint came to Mr. Bian’s house. Under the guidance of Mr. Bian’s mother, the editor appeared on the surface of the tiles paved around the bathroom and the surrounding tiles. Several concave points accumulated in a area, the shape is not regular. Although the length of each depression is only 2,3 cm, the area of ​​the concave point appears very small, and the depth of the lower concave is not very powerful, but the number is not a small number. According to Mr. Bian, there are about more or less similar phenomena in his home.

These concave prints look clear under the light of light, but they are not conspicuous in general. Because of this, the Mr. Bian’s family did not find this situation. “At that time, we did not check the goods carefully, and we didn’t find it until we lay it. Until one day, there was a brighter lighting near the bathroom. It’s far away. I don’t think it’s right. In the past, I found that there were these concave marks on the tiles, like water sprinkled on it. “Mr. Bian’s mother said that she called her son to check the situation. I did not expect that there were the same problem on other tiles.

The editor learned that these tiles were purchased in a store selling Ge Shi ceramic tiles on Yishan Road in August this year. At that time, it cost 4,000 yuan, about 200 yuan per square meter. And these tiles are used for the decoration of Mr. Bian’s wedding room. After encountering this problem, the Mr. Bian’s family is not tasteful. However, when they reflected the incident to the person in charge of the sales at the time, the other party claimed that these marks were the craftsmanship of tiles.

Manager Liu, who sells these tiles, told Xiaobian that these tiles did not have quality problems, but used a special process -“cave stone”, which is not unique in the market. “This kind of tile is a cave with natural marble. It will make some feelings on the surface. The arrangement is irregular. I think the tiles seem to be natural. We have also issued product testing reports to relevant departments.”

This statement did not agree with Mr. Bian. “The so -called craftsmanship should be beautiful and regular, but it is difficult to say that our tiles are difficult to say, and we did not find these things on the surface when we see the sample, and the person in charge of sales did not tell us that the product has adopted the product ” ‘. Dongshi ‘craftsmanship, the merchant said so until we reflected the problem. And I have learned about the “cave stone” process afterwards. “Mr. Bian said.

In the process of intervening in the incident, Xiaobian passed the photos to the industry to view it. Some experts believe that this may be due to the problem of tile adobe, the temperature of the firing kiln is not enough, causing tile deformation, and the surface glazed treatment is not in place. Some people in the industry have said that there are indeed cave and stone crafts on the market at present. This matter depends on how the buyers and sellers agreed when buying. If consumers buy tiles, the surface of the sample is flat. The tiles of cave stone craftsmanship may have issued the wrong goods since then. 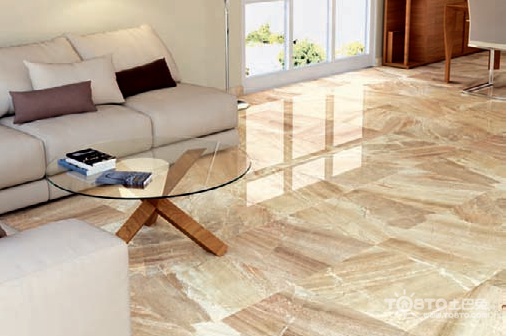 Attorney Chen Jianbo, a senior partner of Shanghai Junlan Law Firm, believes that the product is beautiful or not. In this dispute, consumers should prove that the sample they saw at the time did not have similar phenomena, and according to the relevant provisions of the inverted proof of the new law, merchants needed evidence to prove that their products did not have quality problems. If there is still a dispute between the two parties, the test must be performed through a third -party institution. If there is a related agreement in the sales contract, it must be judged in accordance with the specific agreement.

However, the merchant finally reached a settlement with consumers in the end, and Mr. Bian finally received compensation of 3,100 yuan.