This is the real strength of Anta! Triple cushioning + full palm carbon plate! Netizen: Hurry up

In the past two years, the collective efforts of domestic sports brands have brought about top shoes that bring together their strongest technology.

The success of the version of Yushuai 䨻 is enough to prove that domestic players’ recognition and consumption power of top -level technology in China.

Next, Anta is about to launch a top -equipped new shoes, equipped with Anta’s strongest technology configuration, and has just ushered in physical exposure.

This is an upgraded version of Frenzy 3 for the blueprint.

The maximum upgrade is on the sole, the midsole outer layer continues the A-Flashdge technology, and the internal filling white material is exposed at the heel.

It is reported to be Nitrospeed, which is the same as Anta’s top running shoes C202 GT.

This may be the first show of Nitrogen Speed ​​Technology on basketball shoes, and its performance is worth looking forward to.

When you open the outsole, you can see the exaggerated large full palm carbon plate. The X -shaped structure extends from the back to the toes, which looks super cool. 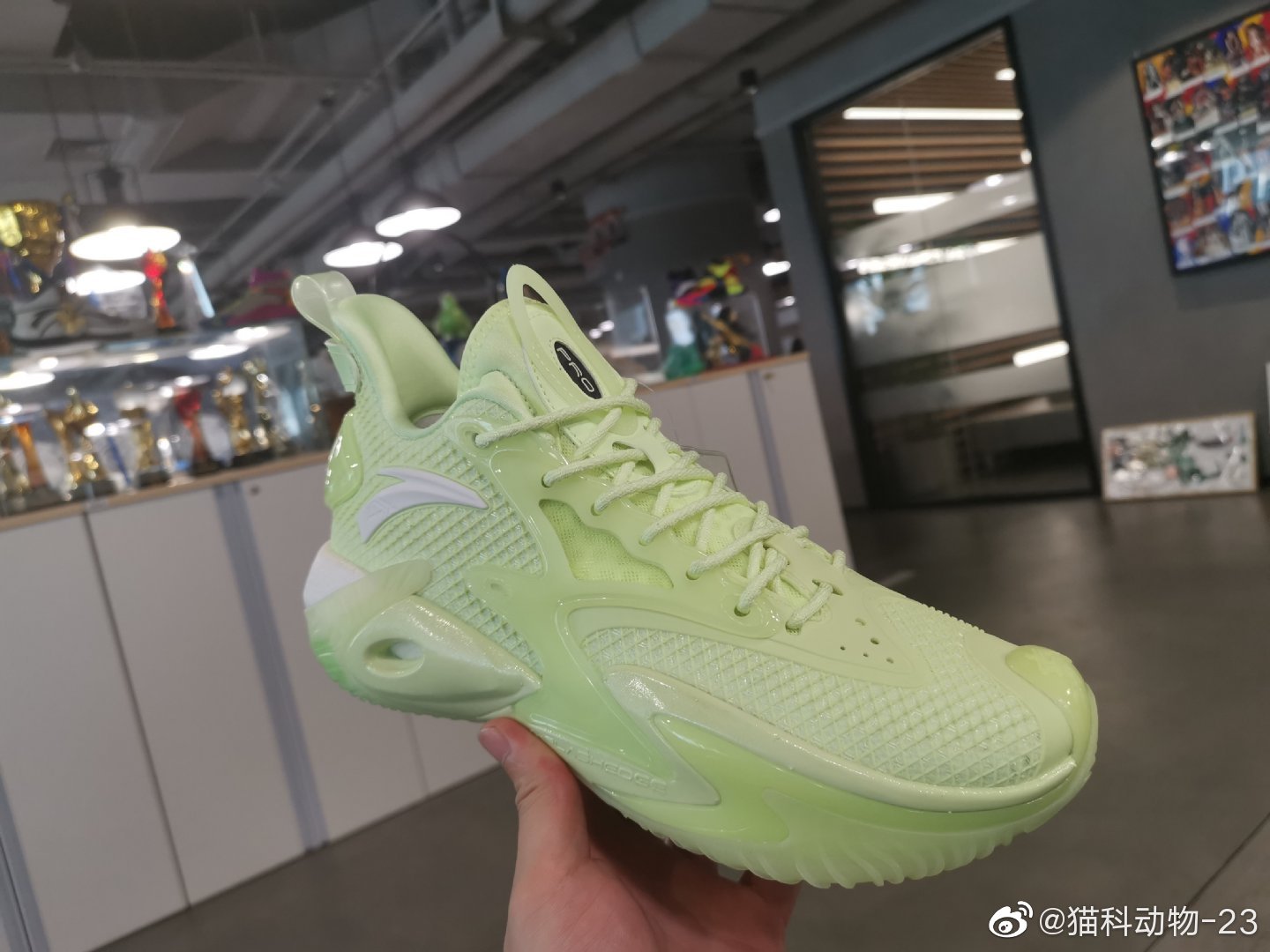 In addition, you can still see a green material later. Xiaobian speculates that it is likely to be the same Smart S.A.M intelligent shock absorption technology of KT6.

Created by bulletproof materials, you can intelligently adjust the cushioning and stability according to the exercise strength. 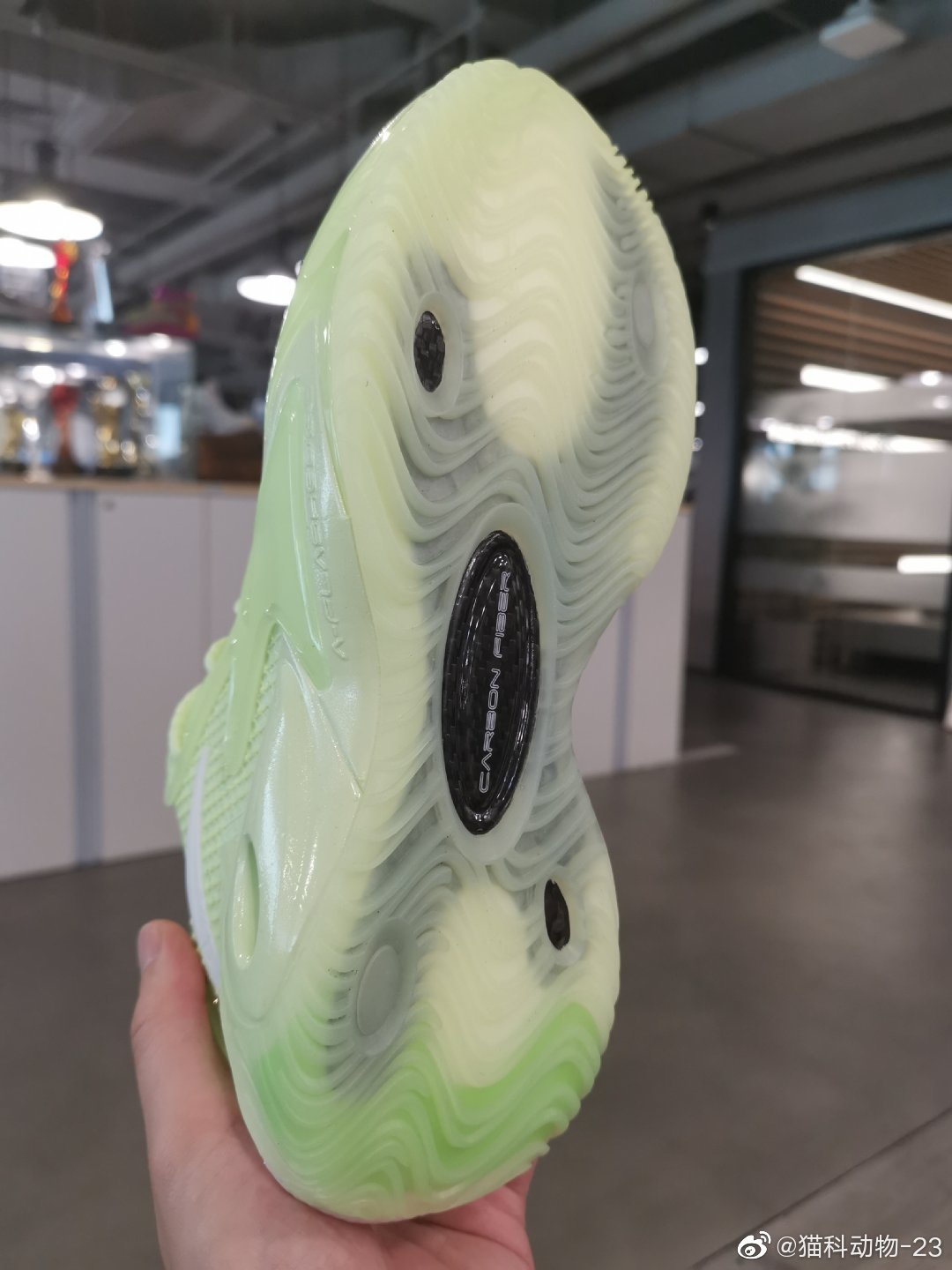 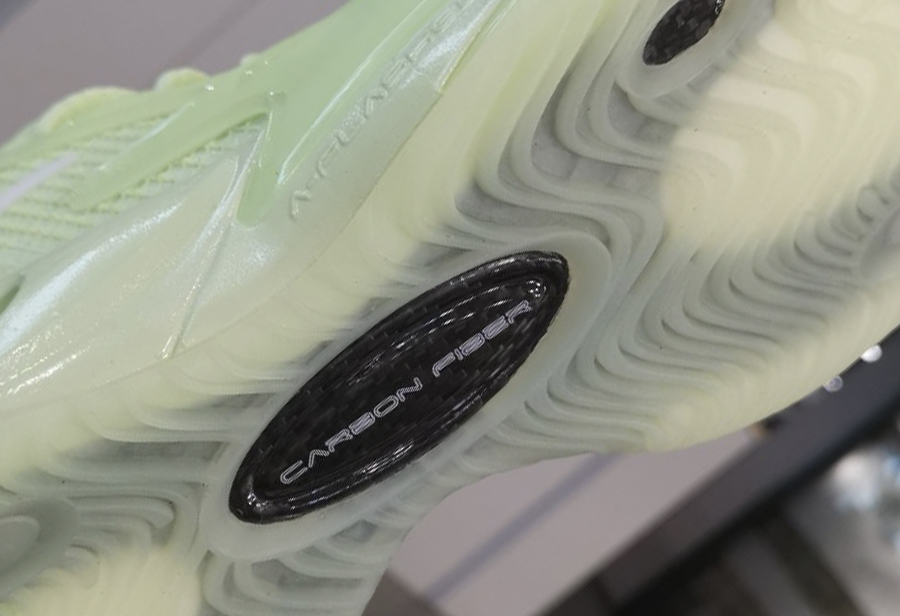 According to the designer, the price is tentatively scheduled to 899 yuan. Considering the area of ​​carbon plates and cushioning configuration, this price is not excessive.

After the exposure, many netizens couldn’t wait to send it quickly, but the designer said that it would wait for three to four months to list, and the design was not the final version.

We will continue to pay attention to this shoe and bring the latest reports as soon as possible.