The TV remote control is getting more and more difficult? This is not your illusion.

Have you found that the TV remote control is getting more and more difficult?

The button is small, easy to press and wrong; the remote control is thin and small, does not meet ergonomics, grip the sensation; the interaction is cumbersome, it is difficult to use, and the touch area is often “ventilated”; the surface of the remote control is too slippery, often slipping to the sofa Seam … 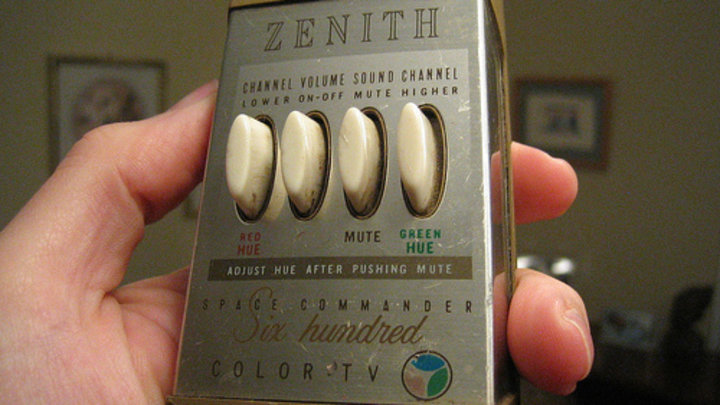 If your TV is a smart TV purchased in recent years, then a big probability will encounter the above problems.

In the case where the TV is getting more intelligent, the image quality is getting better and better, why affect the remote control of the user’s basic experience, but the more you do it, the worse? This is really a crying.

Is your TV remote control?

Let’s first take a look at the two-year-old TV, which is the best TV, and the remote control is long.

In the remote controlled remote control, millet is relatively representative. It uses a similar design from the launch of the first generation millet box. From a certain extent, it has led more and more domestic TV manufacturers, and streamlines the buttons of the remote control. 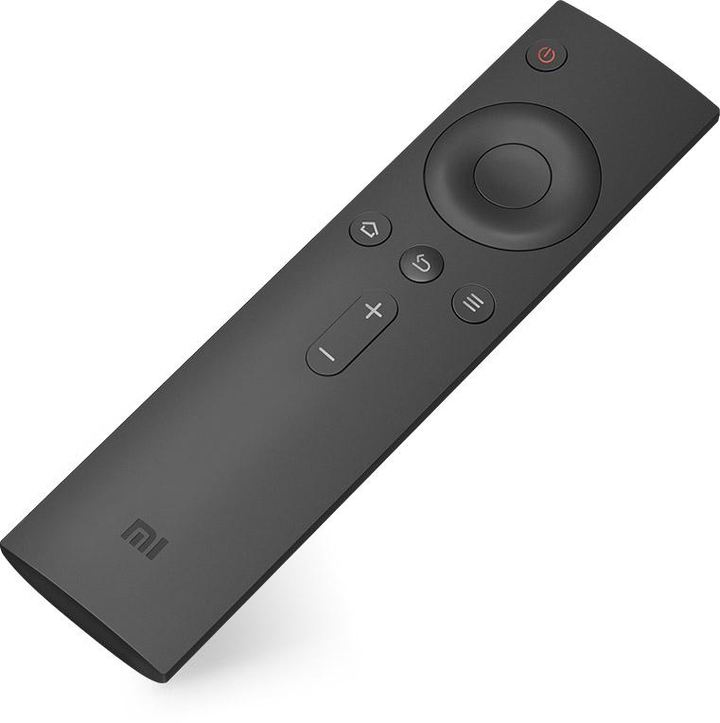 But the remote control of Xiaomi TV is not expected. Do work flat, the button’s key is short, and the size is slightly small, and it feels general.

The button is relatively good, it is the remote control of Tcl

. The area is large and the feedback is made in pressure. Insufficient is to hold a sense of grip, styling and workmanship.

Let me most want to spit is Sony’s remote control, which is a good interpretation of “vase design”. The TV I am currently used is Sony A8H, remote control and KD-65x9500h are the same as. I have used it for nearly three months, and I still have to learn “blind exercises”.

The problem is that the button shape is irregular and the area is too small. For example, the volume is subjected to a button, the shape is the plus sign and minus. When you lose the amount, I have to focus on such a small strip in the whole god to accurately press it, otherwise it is easy to press it.

The problem is that the button is over flat and the key is too short. Sony will be extremely flat for dust-proof anti-splash. The consequences of this are that the user needs to use nail press to be controlled.

So on the Internet, you can see questions like the following figure. The idea of ​​the Sony remote controller designer is really unsatisfactory.

Hisense and Skyworth TV remote control work, grip comfort and button size, I only give two stars evaluations. In the pressing hand, the Skyworthy remote control is slightly stronger than Hisense.

▲ Left is Hisense, right is Skyworth

In addition to the above TV remote control, I also experienced Huawei smart screen in the last two months, and OPPO TV S1. The remote control of these TVs also impressed me.

Let’s talk about Huawei smart screen, the touch interaction used by its remote control, is a bit like a touchpad on a computer. This is a relatively advanced interactive program, but I am not satisfied with me. When I slide up and down, I need extremely accurately to control the sliding amplitude, otherwise it is easy to locate an error. 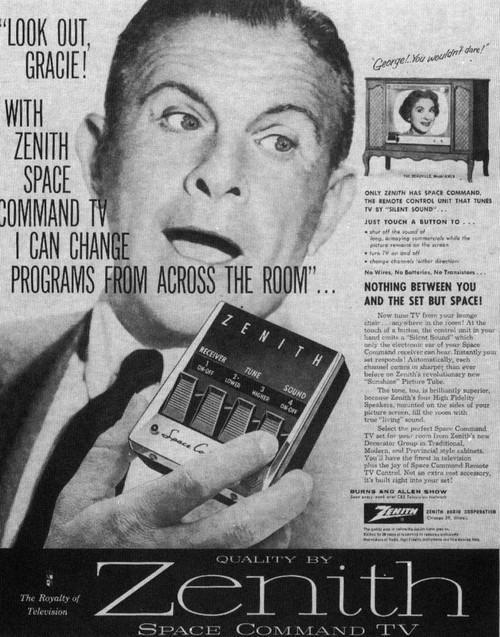 The OPPO S1 remote control is a bit anti-conventional. Common volume addition and subtraction is not on the front, but on the side. If you first use it, you need to adapt to a period of time, otherwise it will be like me, when adjusting the volume, press the positive rod key with intuition. 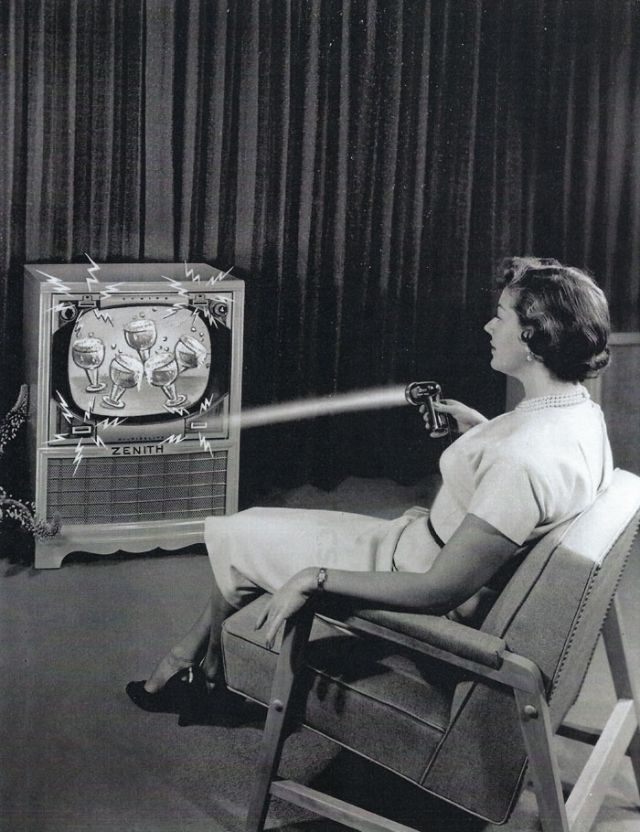 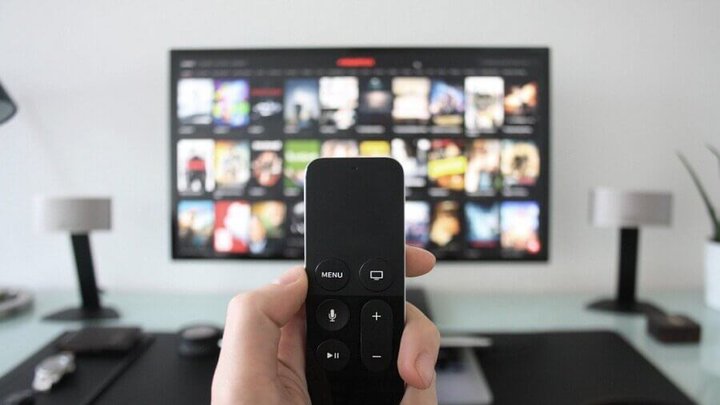 In addition, the above-mentioned television is equipped with a remote control, and there is no smoothing material. Like OPPO TV S1, Sony TV, etc., it is easy to slide into the sofa.

The appearance is beautiful, the experience is not bad.

The public data shows that the earliest remote control used in TV appeared in 1950, which was developed by Zenith (now the subsidiary of LG), which is still controlled by wired connection.

This remote control is very simple, only four buttons. The top silver is the key, and the following three buttons are differentiated or subtractions. On the shape, like a small brick, very thick, then people think that you don’t want to leave the sand to operate TV, is a lazy behavior, so the remote control is called “lazy bones”.

5 years later, this company also developed a new remote control and is wireless. The shape is very interesting, a bit like the measuring gun we use now. 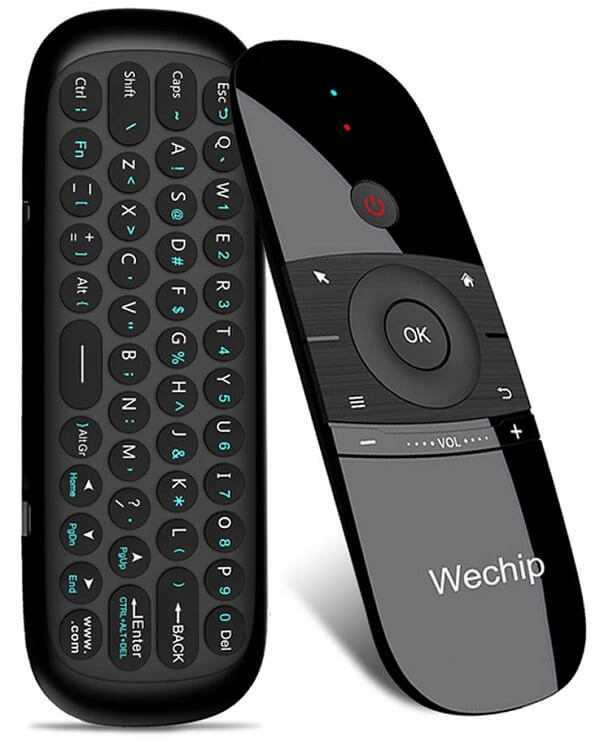 This remote control is “flash-matic gun” because it can transmit light, irradiated to an optoelectronic tube located in each corner of the TV screen, thereby controlling television.

Flash-Matic has created the concept of a wireless TV remote control, but its limitations are also obvious: no equipment for protection circuitry, if the area of ​​direct sunlight is in the sun, it may be misused.

One year later, Zenith’s engineer Robert Adler designed ultrasound Space Command. The shape is positive, like a thickened version of the cigarette case, there are four buttons above.

Interestingly, there is no battery inside Space Command, and there are aluminum rods such as tirate fork under each button. Press the button to generate a high frequency, thereby controlling TV.

▲ The same principle of Space Command

This program led the 25-year trend until the 1980 infrared remote control appeared.

As the semiconductor sent and received infrared rays are developed, the infrared remote control has gradually replaced ultrasonic remote control with a low manufacturing cost, high transmission efficiency and reliability.

However, for many families, the buttons on the remote control have not been used. People are most often used, or turn off, from 0-9, digital buttons, menu keys, and volume keys.

Apple realized this. From the first generation, the designer slashed off the big knife, and the minimalistic appearance made it a “heterogeneous” in the remote control.

Then, as the smart TV / TV box equipped with the Android operating system, Apple’s simple style is also applied to more and more TV remote controls. The remote control suddenly turns from the extremely transformation to minimal, and it seems to be less than the button, the more advanced the TV.

The appearance is indeed more better and better, but the user’s experience is ignored by many designers.

The user’s experience is poor, we have already speaking above. The key is small, the button is too hard, the grip is not good, and is mainly affected by physical factors.

On the other hand, it is derived from the remote control design and television system UX.

Today, the TV features are getting rich and smart, and all major factories have depth custom systems for TV systems. Is the use logic of the TV system, is it matching the remote control? The answer to this question, many manufacturers still don’t have it.

What kind of remote control do we need?

What kind of remote control is easy to use? In the eyes of global electronic company, you can first eliminate the remote control of Apple TV. This company has not only spitted the design of the Apple TV remote control, but also gives a solution, which is below the physical figure.

Compared to Apple TV remote control, the number of remote controls provided by the Global Electronics is much more, and users no longer need to rely on the touchpad that is not very good. Also worthy of this remote control adopts a backlight design. If the indoor light is dark, the remote control automatically opens the backlight, so that the user can see the function of the button. 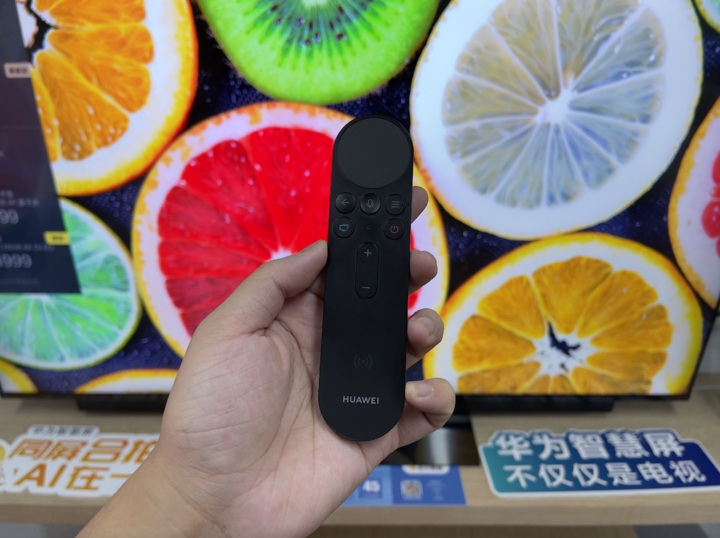 Backlight design is still very necessary. After all, when we watch TV, in order to have a better viewing experience, pull the curtains, close the top light, and create a dark viewing environment. At this time, if there is a backlight design, it can make users easily control TV.

In addition, the comfort of the grip also needs to be considered by the designer. I have always thought that the remote control is not necessary to do it, the first is that the grip is uncomfortable, the second is to put it on the desktop, and the third is to easily slide into the sofa.

Like Sharp and Samsung, a partial model of remote control has adopted a line design as shown below. It is well solved many of the problems that the remote control is too thin.

Although many TVs are now equipped with speech recognition, such as Bilibili TV Edition, Excellent TV Edition compatibility, it is uniform. When searching for TV series, movies, the input experience is very bad.

So if the remote control can have two-in-one full keyboard design, it can meet the search needs of the user under the intelligent era. In most cases, use several commonly used function keys; when entering, the second layer is separated, and the full keyboard is quickly and conveniently input.

Of course, some changes in the system will also improve the experience of remote TV.

For example, when Huawei has implemented the TV search content, the input method of the mobile phone is automatically called, and the user can complete the input action through the mobile phone, and the experience can be able to point.

If the remote control integrates the function of the game handle, or a built-in sensor 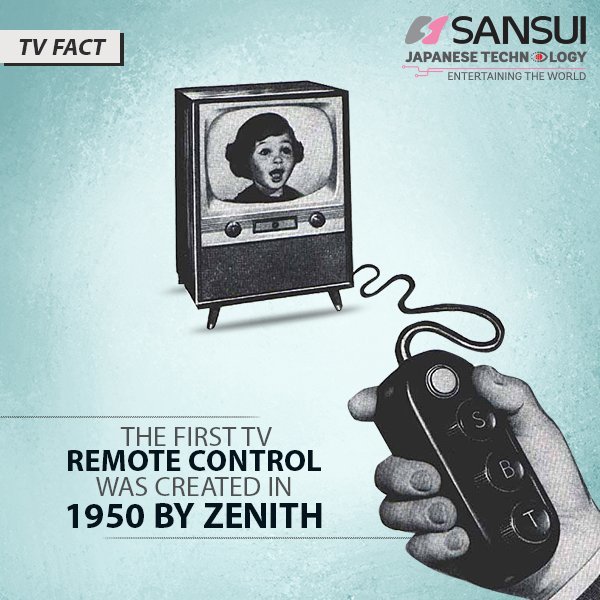 Then, the functionality and entertainment of the TV end will be released unprecedented.