On the market, it is said that anti -static comb, why use the anti -static function for more than half a year, it will fail

Many girls with long hair, usually when combing hair, you will find that the electrostatic electricity often produced by comb and hair friction, or slap in the split, scare people, and entangle your hair. It is really annoying! At this time, many people will think: “Is there such a combed comb, safe and smooth, how good!” 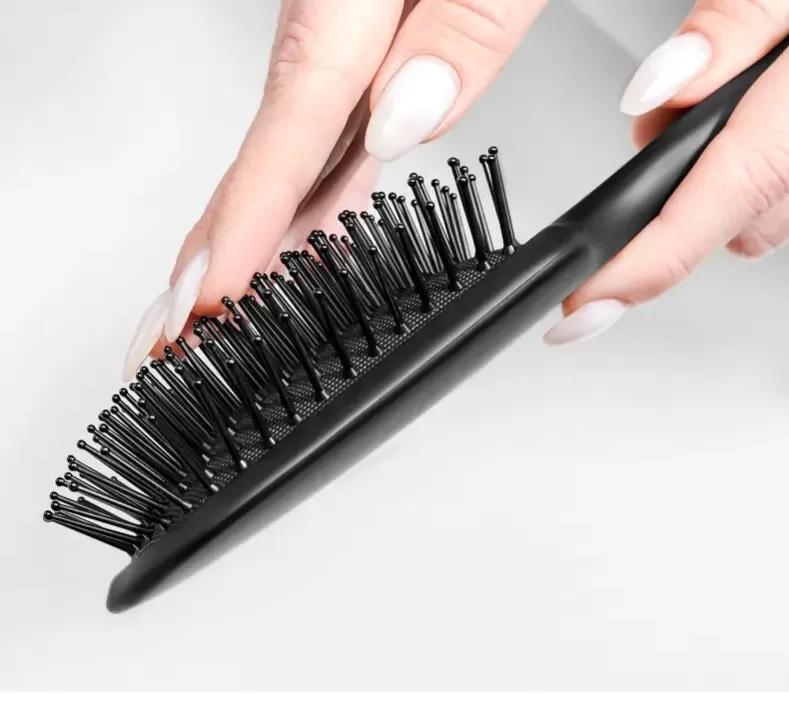 In fact, this must be said from the material of the comb. Combs generally use ABS, nylon, or TPE. There are also TPEE, but the cost will be a bit higher, but the combing comb and feel will feel a lot high. Let’s talk about ABS, nylon and TPE materials. These materials have no anti -static function itself. If you want to prevent static electricity, you can only add anti -static female grains. Function. Generally, about a year, the anti -static particles of this mother particles will be made cleanly, so the anti -static function will disappear. In addition, this comb is taken forward by consumers, production, transportation and sale, and sale. Basically it took three months, so the period of anti -static is even shorter. In fact, the anti -static mother grains also have long -effect types, but the cost is very high, very uncomfortable! However, now a permanent anti -static TPEE is produced in China, which is itself anti -static. The price of one kilogram is basically equal to the price of ABS, nylon and other materials after adding anti -static mother grains. TPEE is permanent anti -static, and it will never be explained, and other materials cannot be reached! Moreover, this permanent anti -static TPEE can also be used as permanent anti -static female granules, with ABS, PETG, PCTG, PBT, PET, TPEE, PS, TPU, TPV, POM, PVC and other compatibility. The ratio of 15%-25%is added, and the surface resistance can reach 7 times from 9 to 10 permanent 10 to 10. After adding, it can also improve the fracture and extension of the material, low temperature performance, anti -impact performance, and return elasticity. It will not cause the loss of other performances of these materials (this material is developed by our unit, and interested friends can privately communicate and learn privately).