Can the G310GS long test that the single -person bicycle Bohai Rim is the “motorcycle artifact”? long test

The release of the previous article from the G310GS long test series has passed for nearly two months. During this time, we have been thinking about what other entry -level BMWs are worthy of being developed.

Coincidentally, Mr. Luo, a free machine, went through a long -term car exercise and was ready to challenge the R1200GS ADV. However, before the official control of the large waterbird, he chose to go through the G310GS single -person bicycle Bohai Sea to familiarize the style and of the tension car’s style and the style and Cycling.

Once driving the model: 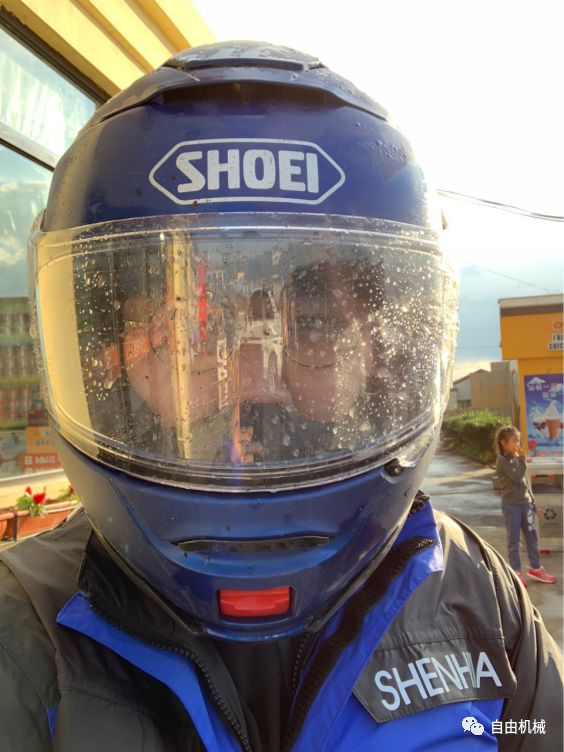 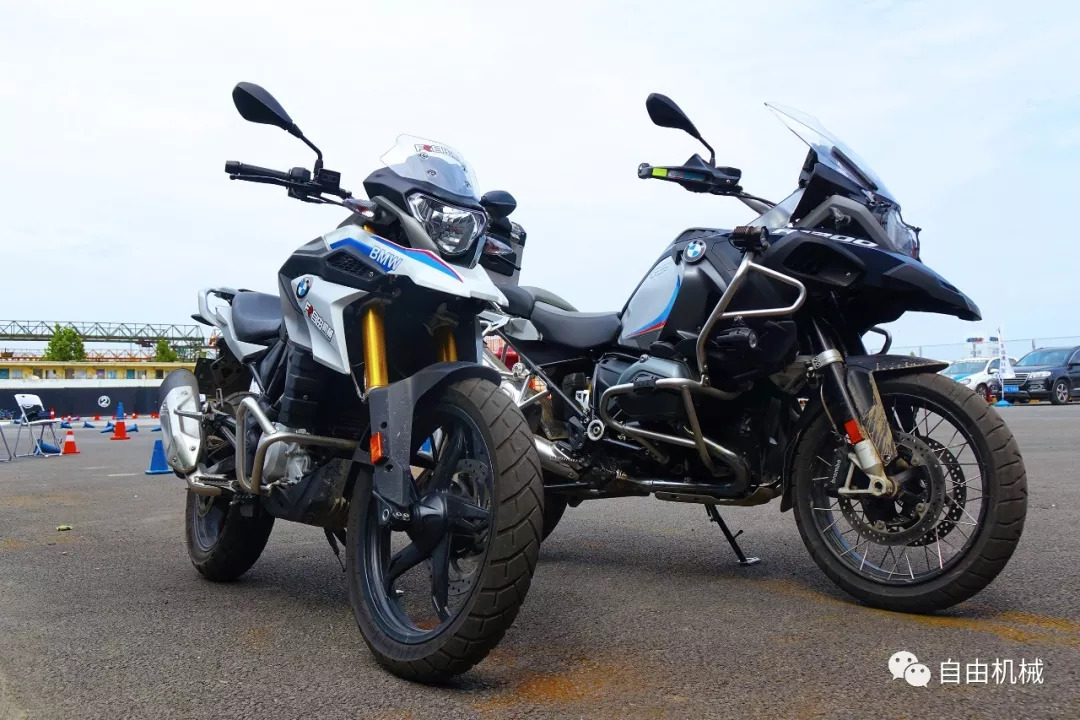 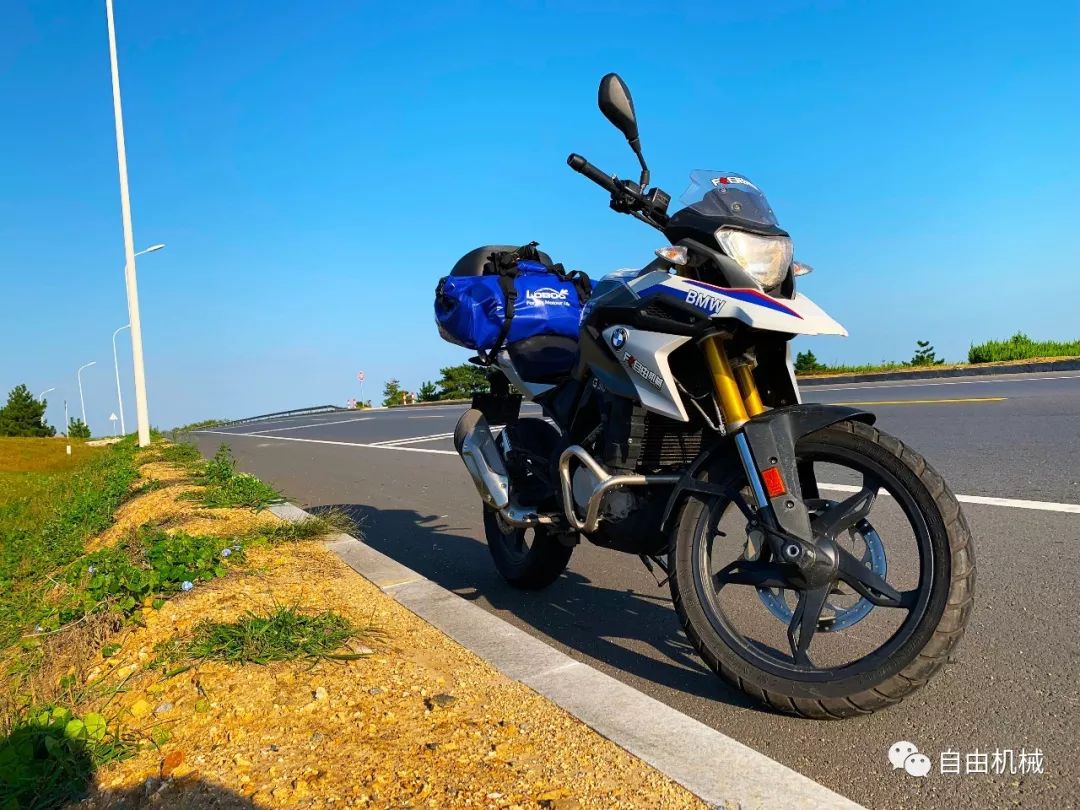 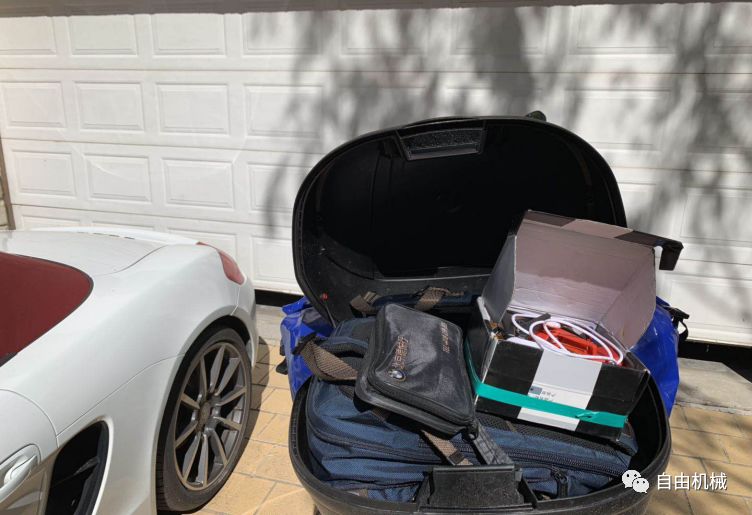 Due to the excitement of being unable to endure, he couldn’t wait for the next morning, set foot on the road at 17:00 the day before the plan, and opened the journey of this single -person bicycle Bohai Sea.

State of the upcoming vehicle

Due to the increase of the tail box and the waterproof bag, the weight of the 170kg car climbing to 220kg+, which made the G310GS very different from daily driving in terms of control experience. Whether it is the stable effect of high -speed cruise, or the change of gravity when slow and slow.

The mechanical powder of the long -testing articles before reading free machinery should understand that due to design, the side support length of the G310GS is very large, and the entire body needs to be tilted from the right side to the right. And due to the focus of the center of gravity of the bag, the negative impact of the discharge side support is enlarged, which can easily cause the car in place.

The day after departure, after the cruise driving, almost all day spent all day on the high speed. After consuming two boxes of oil, arrived at Panjin. At the same time, G310GS has also been indirectly measured.

Under the blessing of the two full fuel tanks, the G310GS was difficult to complete the distance of about 500km. When the road conditions and driving methods of keeping high -speed cruise were converted, the G310GS single box has a range of about 250km. Although it is not too urgent, it is still a trouble in the long -distance travel travel.

In addition, because the long -testing vehicles of free machinery have not been increased to the front windshield, the short original windshield is not very willing to cover the facial wind during the high -speed forward process. All the pressure of the wind. And in two consecutive shows, there were no ideal results.

Due to the ban on the downtown area of ​​Dalian, a fine of 200 in the restricted area is not deducted, so the first task after understanding the situation is to find the police first, indicating that the vehicle conditions and itinerary purposes are smoothly released. When walking through the city of Dalian City, it was found that the road conditions in Dalian Dorhan were completely unsuitable for the commuting of bicycles and electric vehicles. It was also a mountain city. Chongqing’s accommodation of motorcycles was worth learning.

Buy tickets to board the ship that night and went to Weihai, Shandong via Bo Bay.

From Beijing to Liaoning, the G310GS has maintained a high -speed road throughout the process, but encountered setbacks after passing the Bohai Sea. Due to the ban on motorcycles from the highway of the Shandong Road section, the national road+Tuling route was helpless. Compared with the closed high -speed road, the most dangerous on the national road is various unpredictable factors. The electric vehicles that suddenly rushed out of the intersection, the retrograde convection car, the motor vehicle that turned across the double yellow line, and the surrounding residents were dried on the road on the road. Crop …

Under such road conditions, there is no way to increase attention and reduce the speed. But it also allowed Teacher Luo to have a further understanding of G310GS’s OFF-Road ability.

Although free machinery has previously conducted a targeted off -road test drive on G310GS, in more cases, the owners of GS will still have a certain distance from professional off -road venues, and more driving under various non -pave roads. The G310GS’s all -terrain tires, large wheels, and long shock avoidance strokes have a great use of martial arts in this road condition.

Compared to the elder brother R1200GS, the control of 310 is more flexible, and it is easier to handle the control of power. The only inconvenience is that it is not the comfort and more scientific cycling triangle that cannot be obtained when standing in a ride.

After entering Hebei, he ran directly to Beijing throughout the whole process. After experiencing the torture of the national highway, it was better to understand how good the high speed of the opening of motorcycles in terms of safety.

After completing the entire journey, the situation encountered on the way, and the feeling of the vehicle in long -distance driving, interviewed Teacher Luo.

Do you think that in the advancement of you from 150cc to 1200cc, can G310GS play a qualified transitional role?

I think the advanced path of everyone adopts is different.

Some people have a big row to come up. This is very courageous. It is completely possible in one step in place, but it may withstand a relatively large risk in the middle.

I am a risk -dislike -I think such people may not be in a few. Therefore, through the low and light car like Lifan KP150, practice shifting and road feel, and then use G310 GS transition -weight 170kg, can also be pulled back when it is tilted in place, the seat height is 835mm. It can barely hold HOLD, the speed is controlled at 100-120-it is hard to be fast, and it is not safe. Just right!

Indeed, the transitional effect of this car is obvious. After riding this 2000km Bohai Rim, after returning to Beijing, I immediately changed to R1200 GS Adventure (later referred to as ADV). Riding ADV directly when riding G310 GS, too much stronger.

Do G310GS meet your entire needs throughout the Bohai Rim? Is there any disadvantage?

Bohai Rim riding, my requirements are nothing more than: 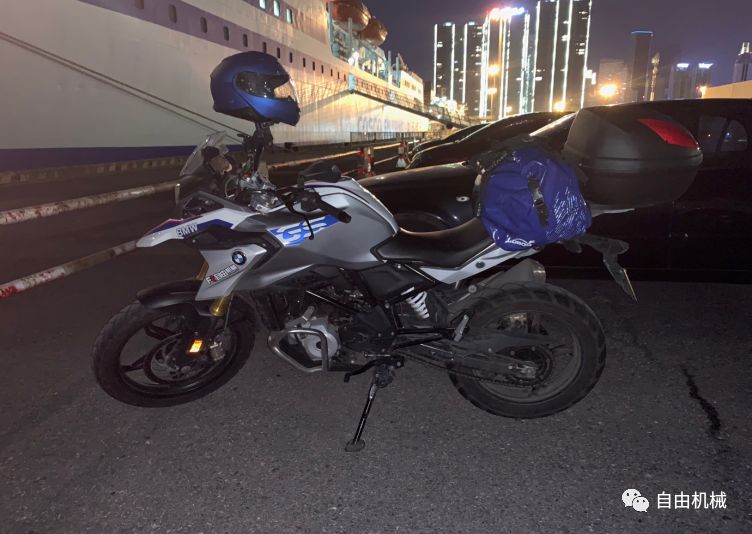 1) The body is stable and the control is stable;

3) When encountering low -speed traffic jams or rotten roads, can control the vehicle

Of course, this car also has shortcomings. I communicated with the free mechanical Nirvana teacher WeChat to compose the point of view of the two people:

1) The clutch itinerary is short and the technology is backward -the impression has deepened after riding the ADV;

2) The feet brake is too soft and easy to step on the air. Even if you step on, you don’t feel it if you do n’t step on it;

3) The wind gear is too small, the chest collides the wind;

4) The side support is too hard and long, and the body is too long to roll the body to put away and let go. The petite knights will work hard to increase the risk of reverse in place;

5) The fuel tank is too small and the battery life is too short. It is 300km. In fact, when driving at high -speed, basically when you run to 250km, you must refuel. 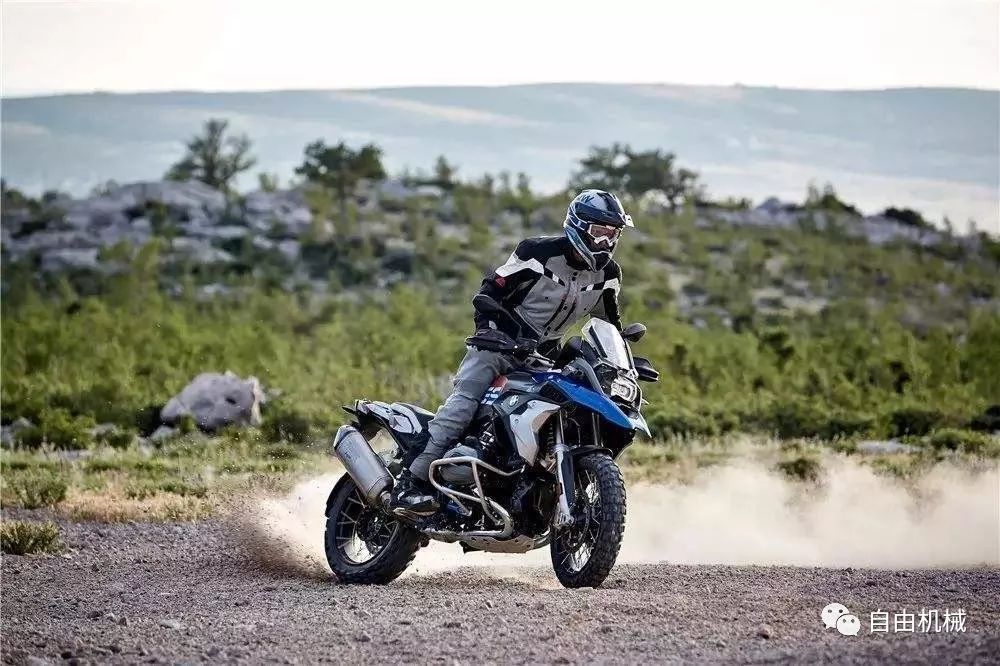 6) The vibration is too strong. When it is opened to 120, it is quite shock. I drove to 135 today, and my fingers were shocked from the clutch. Hurry up and reduce the speed.

7) After all, the displacement and engine form are placed here, running long distances, slightly strenuous.

What are the most concerned points of passers -by and Mo You on the road and the most mentioned problem mentioned?

Generally, people who do not know the car will ask such questions:

Q: Is this car expensive? 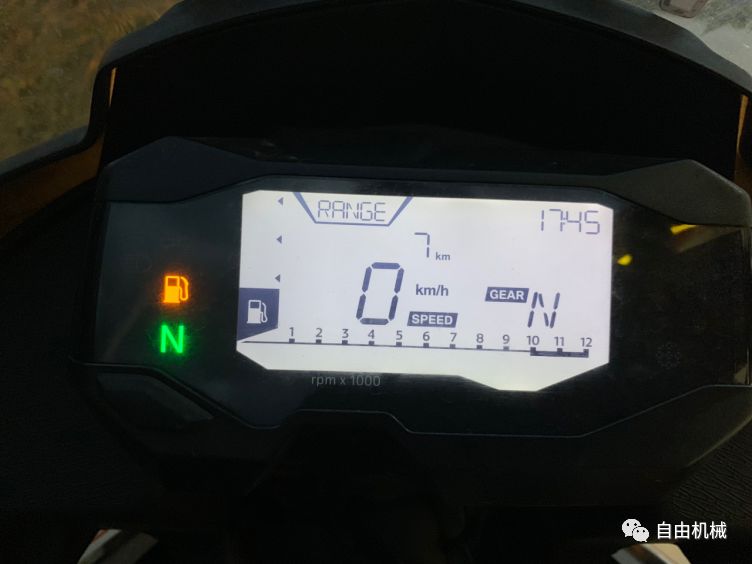 Q: How fast can this car run?

Some passers -by, one mouth, you know, this is also a motorcycle, the question asked about it is comparison.

Q: How about the battery life of this car?

Q: How do you think the 310 single -cylinder engine? Is the vibration control well?

Answer: The sound is not good, and the energy is not big enough. After 120, it shakes you to doubt your life.

What do you think of G310GS traveling long -distance travel and daily commuting process?

When traveling on a long distance, I feel that this car is a bit light, a little short, and a bit of insufficient power; in daily commuting, I feel that the weight is appropriate. For men with 170cm, it is not low. It’s right.

Insufficient battery life is always annoying. It is okay to do it at high speeds. Originally, it was necessary to rest for 150km and add a oil by the way. In the city, I hate it. At this time, I started missing the magic car KP150, and the 500km battery life is proper! Of course, ADV is even better, from 600km.

But to be honest, I will not take G310 GS to commute in the city, because this car is neither fun, nor powerful enough, and not light and convenient. The positioning is slightly embarrassing.

My ultimate positioning of this car is: the transitional model on the road to advanced car skills.

The waterbird has also rode for a while. Do you think that in the process of driving the R1200GS ADV, do you have any skills to be perceived from G310GS?

During the Lifan KP150 cycling process before G310 GS, because the displacement is small, the speed is about 70; after riding the G310 GS, the speed interval of 100-120kph is experienced. At the airport high -speed and Jingcheng high -speed, it is no stranger to cruising at a speed of around 120, which is helpful for improving safety.

2) The feeling of controlling higher body

Without the riding experience of the G310 GS, I would definitely be in a hurry at first glance. It is much more now. Low -speed followers and turns are more handy. It does not need to be confident with both feet.

3) Prevent low speed or in place to reverse

Because when riding G310 GS, the car did not stop at flat roads, or when it was slow, did not notice the potholes on the road, which led to two or three reversing. It is a good way to prevent the car that is both dangerous and hurts the car.

Although it has also exposed many shortcomings during this period, such as poor windshield comfort, great impact on the center of gravity after loading, and short range of mileage, the handling texture, stable quality and excellent performance of it are also brought about. It is worthy of recognition.

Review in the past:

BMW G310GS buy a car for the second bomb, the city experience is stronger than the street car

BMW G310GS buy a car for the third bomb, the road to equipment evolution 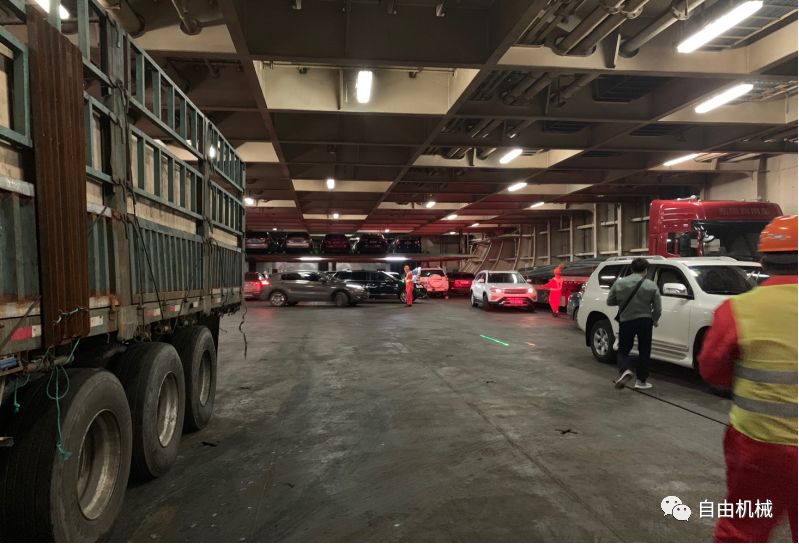 BMW G310GS buy a car and test the fourth bomb, we threw it into the track and opened 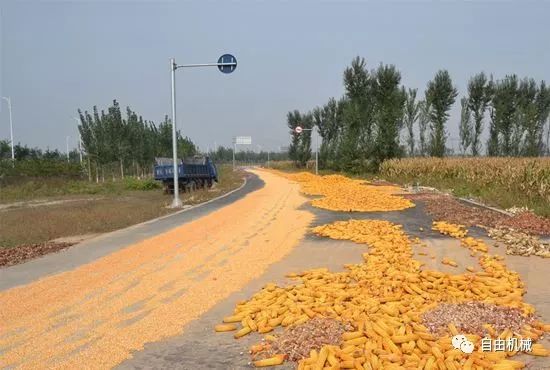 G310GS buy a car test car high -speed chapter, and the short -distance high speed of the backache has strikes

How about G310GS off -road? Drag the Versys-X300 for comparison 丨 long test

The difference is not only in the appearance, but also compared the test drive BMW G310GS & 310R 丨 long test 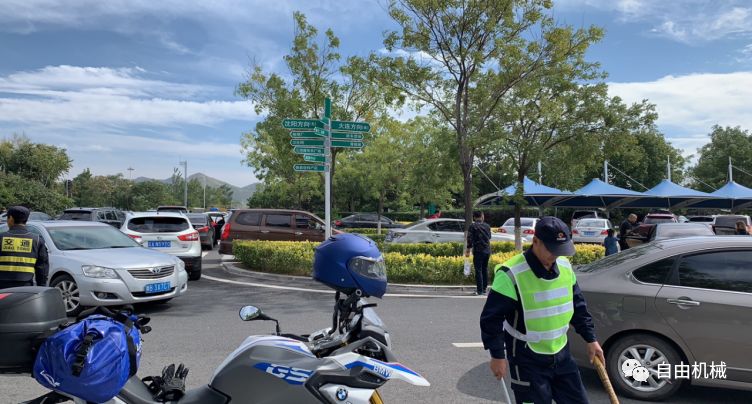 If we touch your longing for machinery

Know us deeply! Looking forward to the addition of more players!

Players who are living! 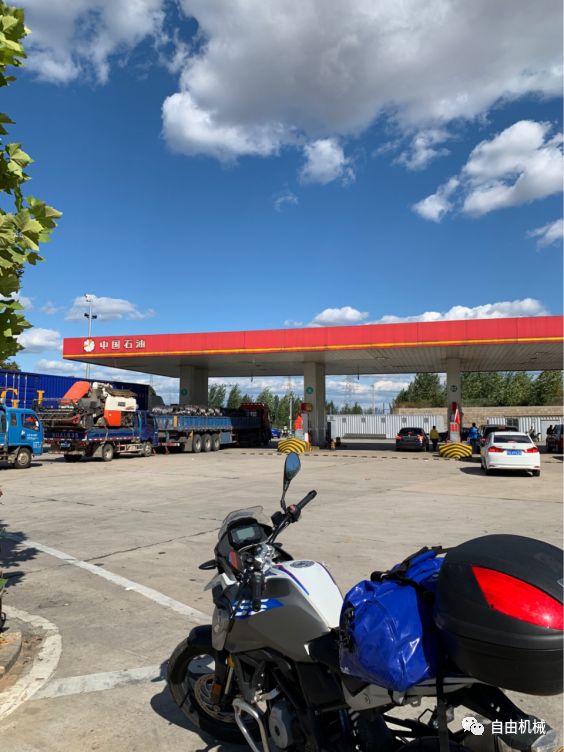 The most attitude full of online entertainment machinery brands

The average daily view of the entire network exceeds 300,000 times