The “Children’s Midfish” National Band Competition was launched in 2016. After four years of development, more than 1,000 bands have been registered, and more than 1,200 individuals are registered. This year, there are more new regions, and gradually deepen from first -tier cities to truly recruit outstanding children’s bands and musicians for the country, and provide help for children with more music dreams. In addition to the conventional winning prizes, the band competition also has the “Best Original Works Award”, which encourages children to play music and gallop in a wider sky.

The winning band of the National Band Contest will directly connect the Midi Music Festival Tang stage to perform on the same stage with many well -known first -tier bands at home and abroad, and receive other various performances of Midi. 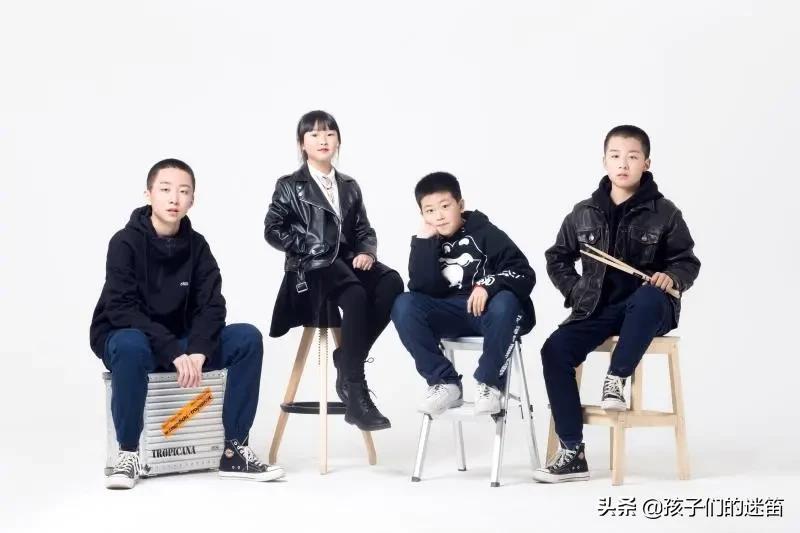 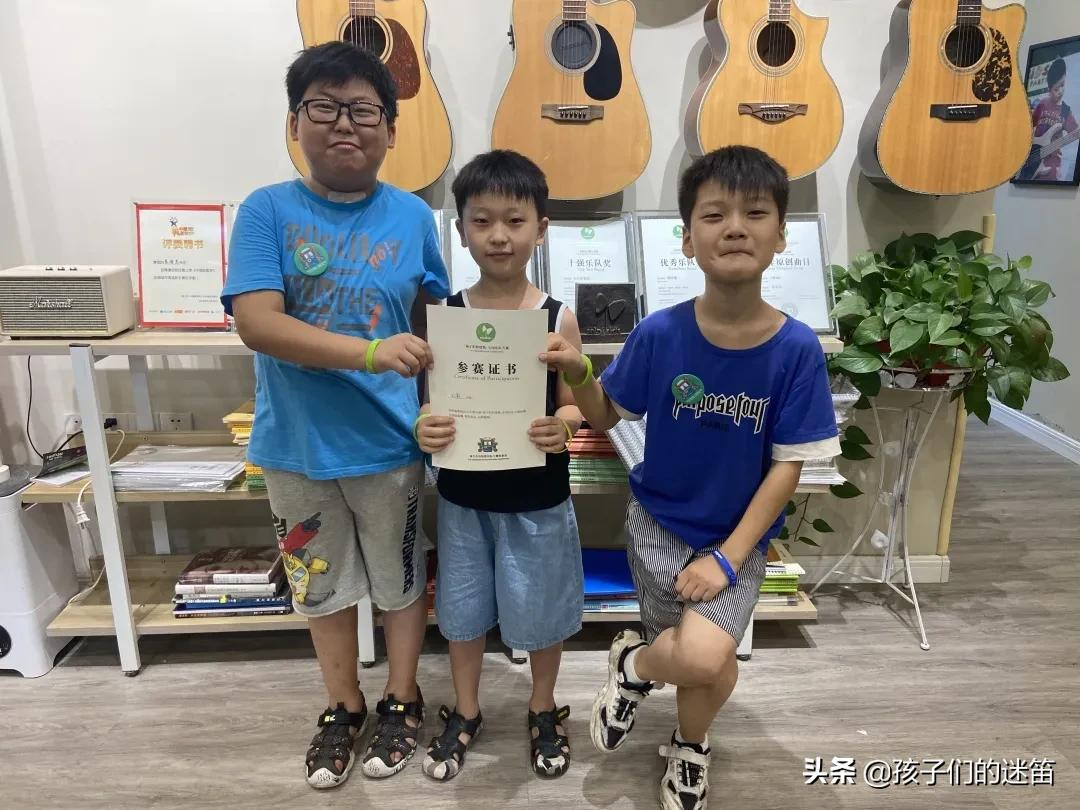 Established in 2019, the team name comes from children’s imagination of music and cool future. 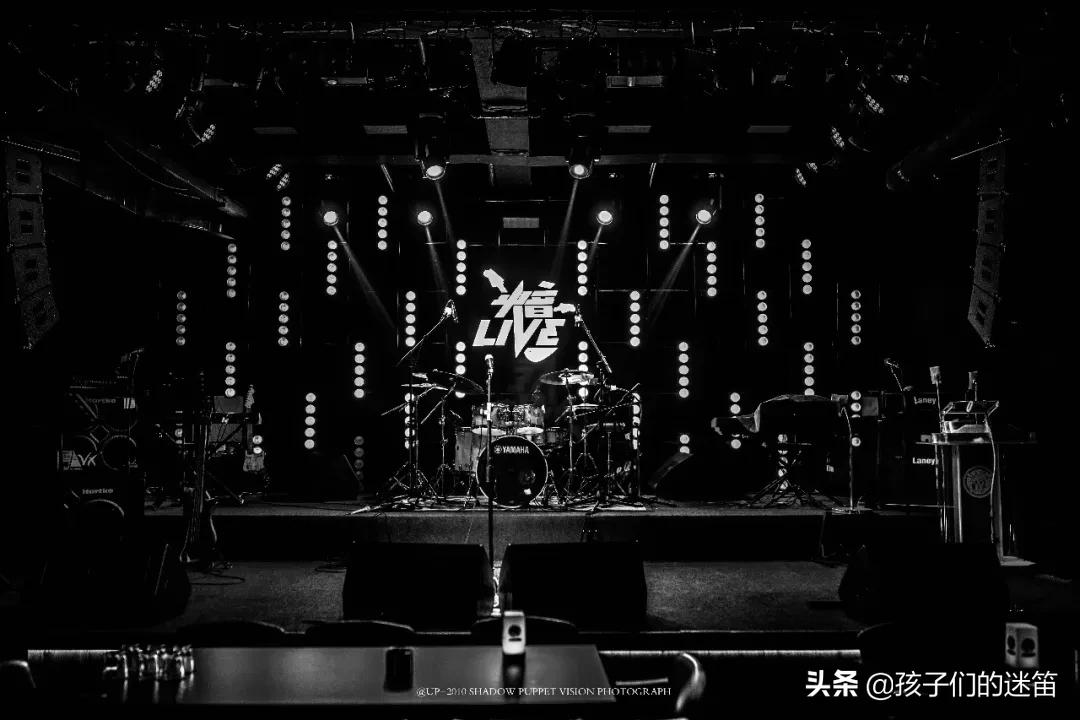 The Phantom Band is from Xinxiang, Henan. It was established in the Xinxiang Midi Club in May 2020. It is formed by four troublesome muna with an average age of only 8 years. Although young, it is outstanding! 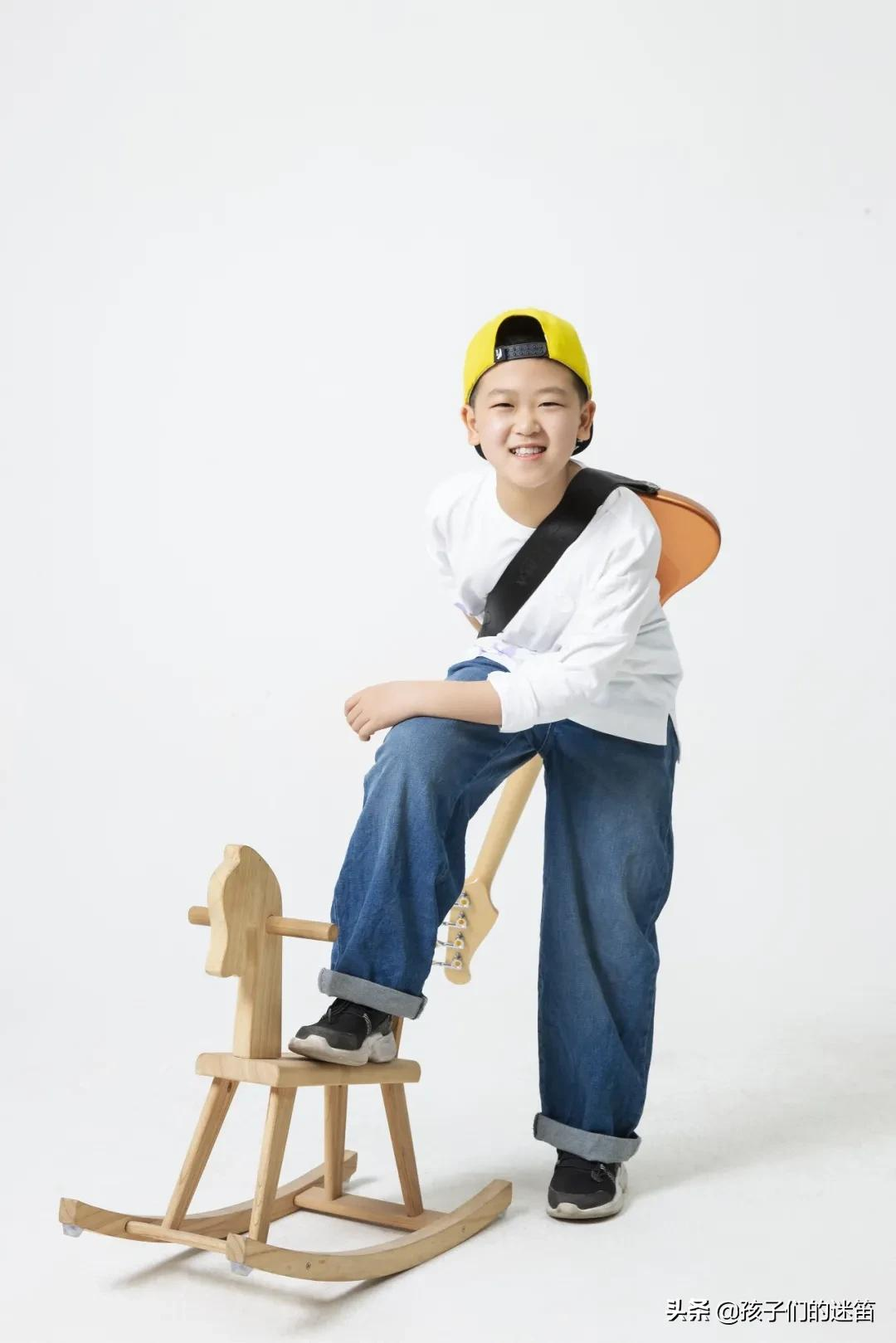 It is a band with the average age of singing Baoer Music. The band has only one year, and there are many places that need to be learned. I hope to learn from more people who are better than themselves through the competition.

Fresh bean leather band is formed by five elementary school students in Wuhan with an average age of 12 years old. Wuhan’s dazzling prematurely not only has hot dry noodles, but also delicious fresh bean skin. Five children love to eat fresh bean skin, and at the same time have persistent pursuit of music. In the three years of the band together, they cried, laughed, argued, encouraged each other, and it was not easy to walk along the way. I hope that the fresh bean skin band will be able to compete for themselves on the stage of the nation’s Midi fans and shine the stage. Come on, fresh beans!

The band was formed in the summer vacation of 2020. Through the formation of the band to make us full of love for music, and let us hear more music that we usually do n’t know much, making our vision more open!

The clown mask band was established in the Xinxiang Midi Club in May 2020. It is formed by four boys and girls who love rock and roll in four average ages. The vigorous and young toughness, the youth hormones are their unique charm. The good performance allowed them to be invited to participate in the first Central Plains Punk Music Festival in 2020, and 2021 appeared on the stage of the Jinan Midi Music Festival. Although young, they have unique insights on music. In their opinion, rock music is another teacher on the road of life, guiding them to thrive.

The toy train band is from Xinxiang, Henan. It was established in March 2018 at the Midi Club in Xinxiang. Several elementary school students of different personalities and different ages came together because of music dreams and became partners of “fighting” side by side. Although the band has not been established for a long time, each member has paid hard sweat for the honor of the band, and continued to work hard in their respective majors, making the band’s level improve quickly and has a strong cohesion. The toy train band was invited to the stage of the Midi Music Festival twice in 2019 and 2021. In 2018-19, he participated in the “Mids of the Children” National Band Contest twice in 2018 and 19th. Essence

The UNKNOWN band was established in the Xinxiang Midi Club in 2021. It is formed by four big boys who love music. The newcomer debuts, take care of it!

In Xi’an, the ancient capital of the Thirteen Dynasties, since the beginning of the Western Zhou Li Le Civilization, this land has never lacked the artist of the sky. As the ancient capital of the an average age of 11 years, he/they really control the traditional “three major pieces” Growing up, and at the same time, it also painted the trend of the times with its youthful colors.

At the age of 10, from the Midi Club of Xinxiang, the Douyin Internet celebrity “Rock Wolf”, eighteen martial arts talented genius teenagers. In 2019, the Children’s Faculty of the National Band Contest won the top ten nationwide of the Personal Tencer, and the current toy train band bass player.

Hu Chendong, male, was born in Xi’an in June 2009. He is a passionate, cheerful, cheerful and humorous boy. In my growth, music is my favorite.

In 2018, the underground boy band was established as a bass player;

In the 2019 Children’s Faculty of the National Band Contest Finals, Personal Race Beds runner -up; 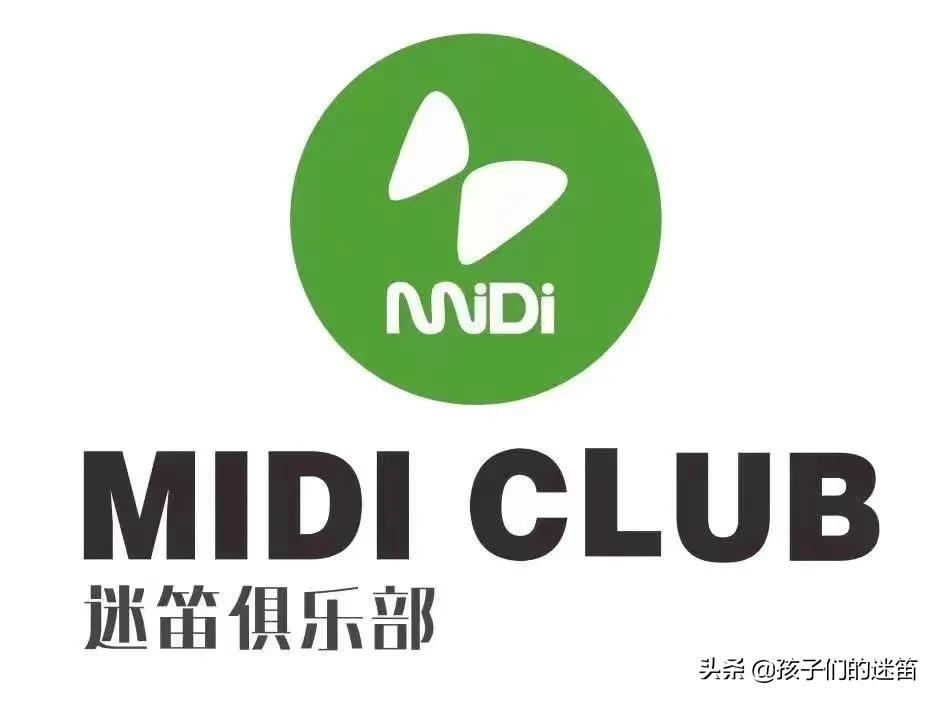 In 2019, the Children’s Finals of the National Band Contest Finals Symposium Drum Ten; 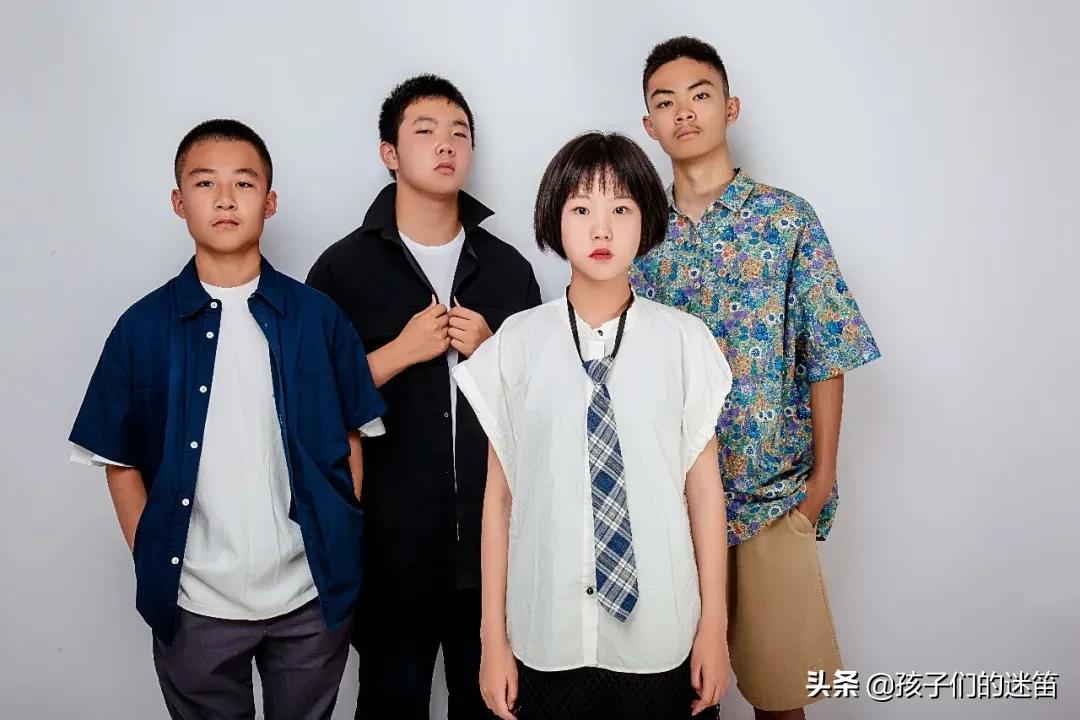 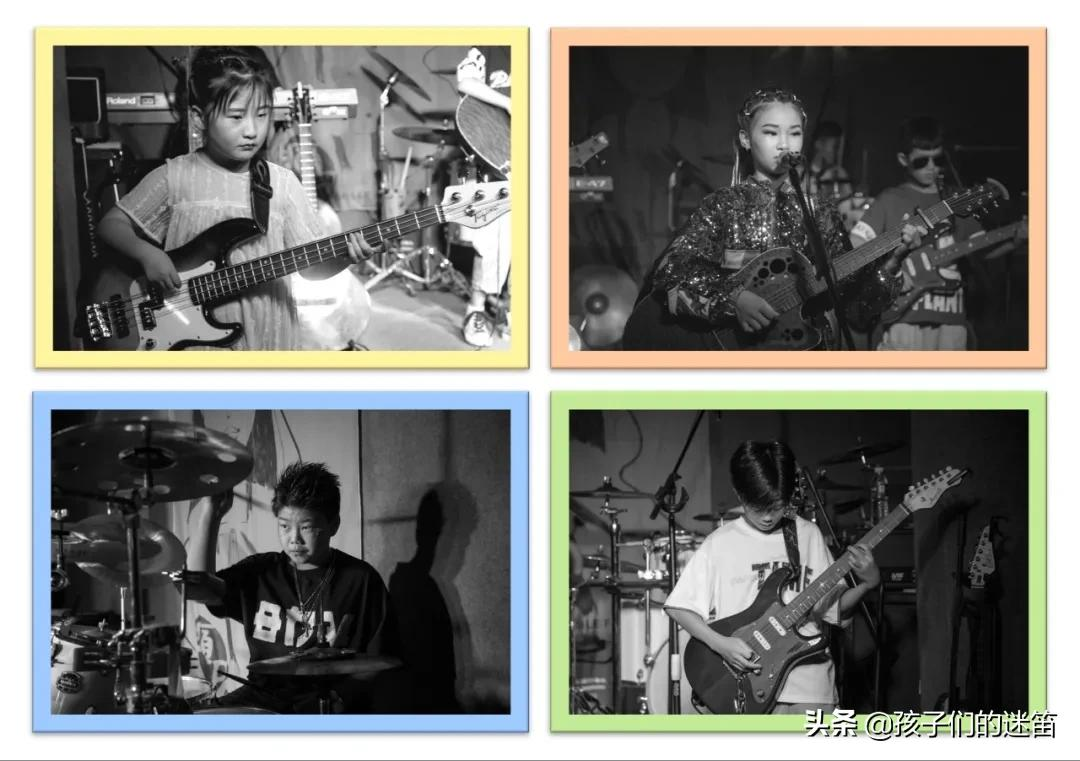 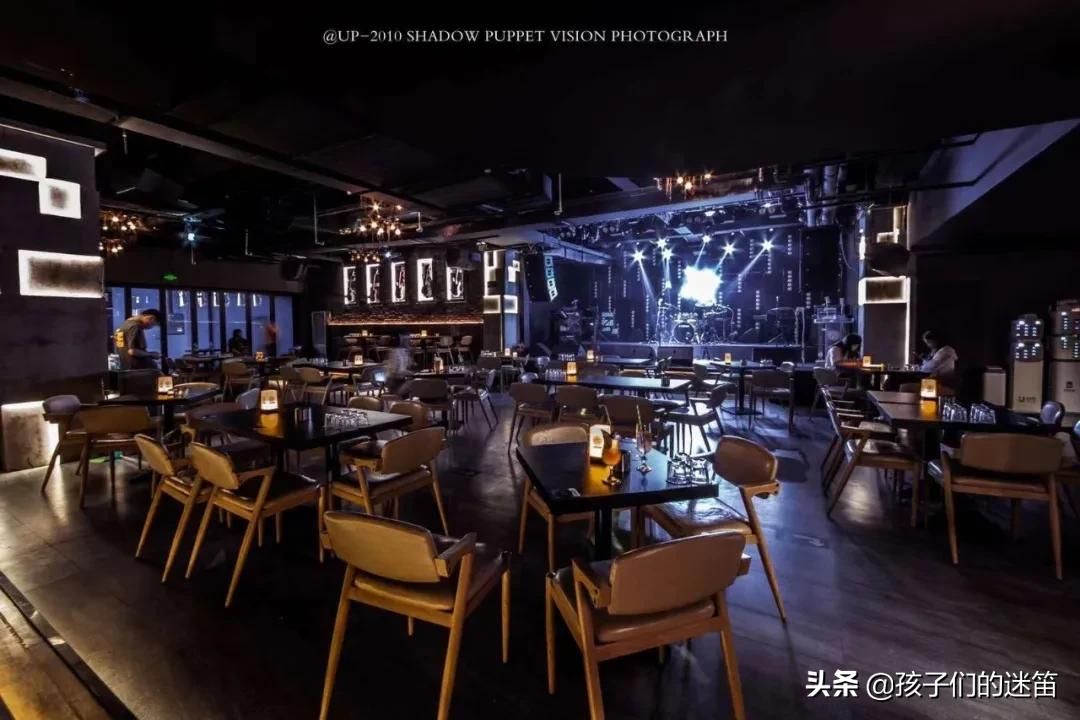 Wang Chenshuo has been practicing guitar since he was nine years old, dreaming of becoming a technical guitarist! come on!

At the age of 14, this year, from the Midi Club of Xinxiang, burst punk female drummer, and the current clown mask band drummer.

At the age of 14, he was from Xinxiang Midi Club. He is currently a red scarf band, a clown mask band, UNKNOWN band Bassist, toy train band drummer.

At the age of 14, from the Midi Club of Xinxiang, the current Red Scarf Band, the UNKNOWN band drummer, and the toy train guitarist.

Details of the event 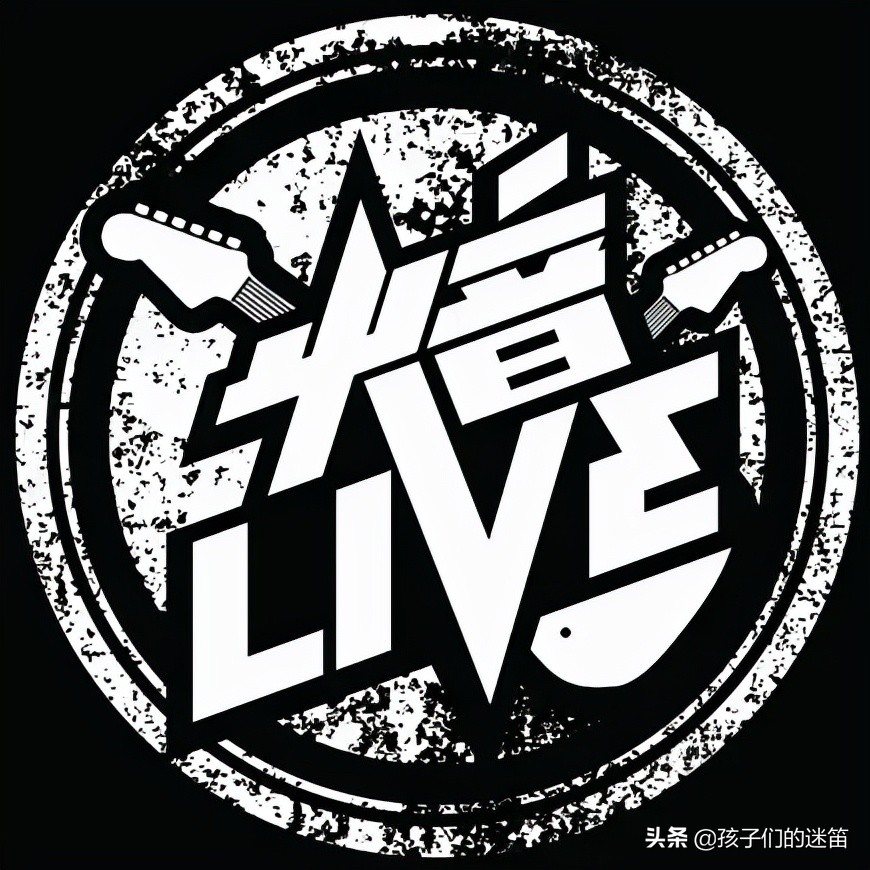 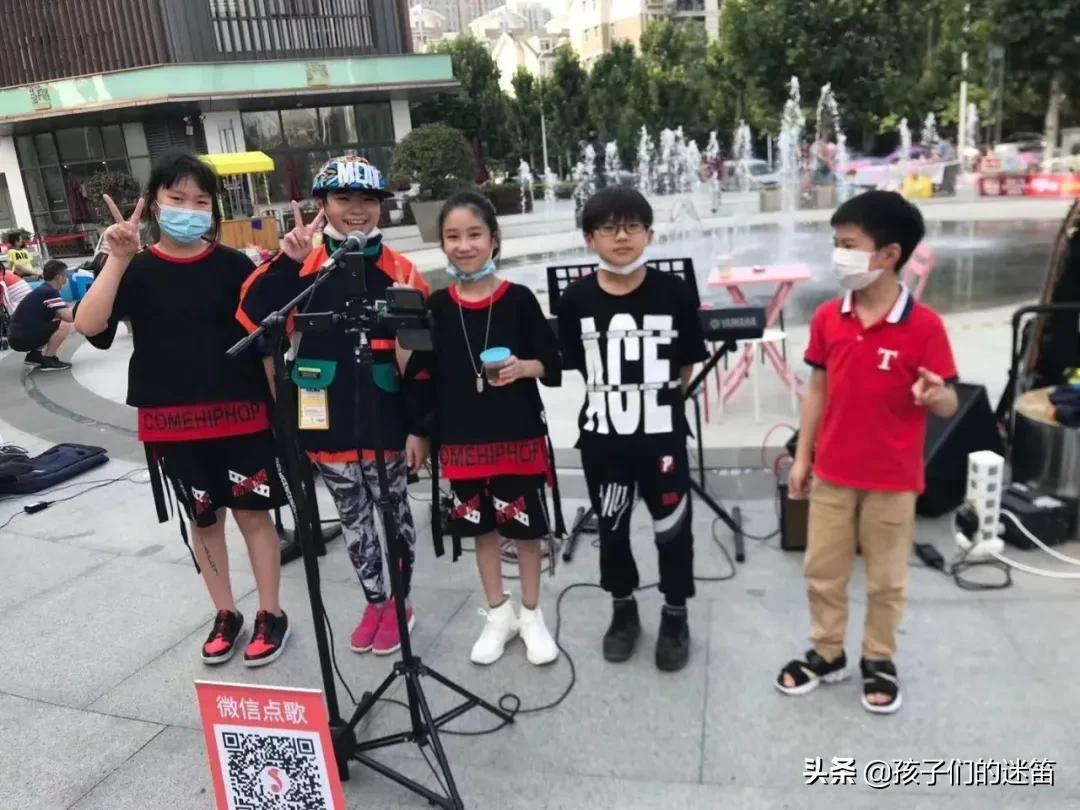 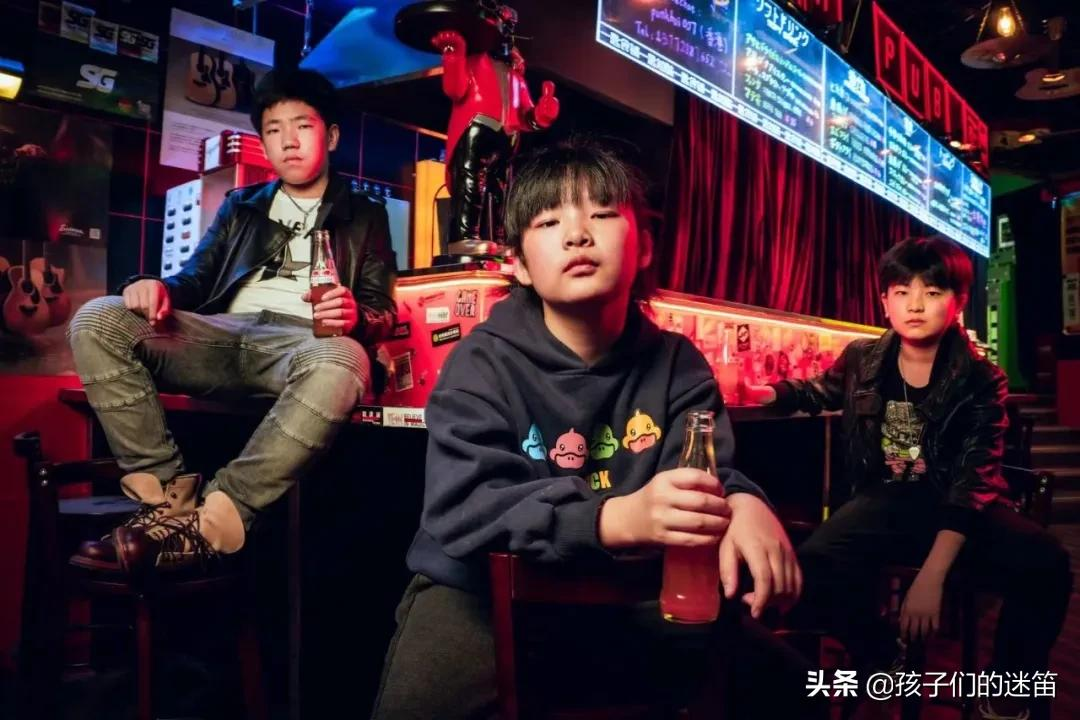 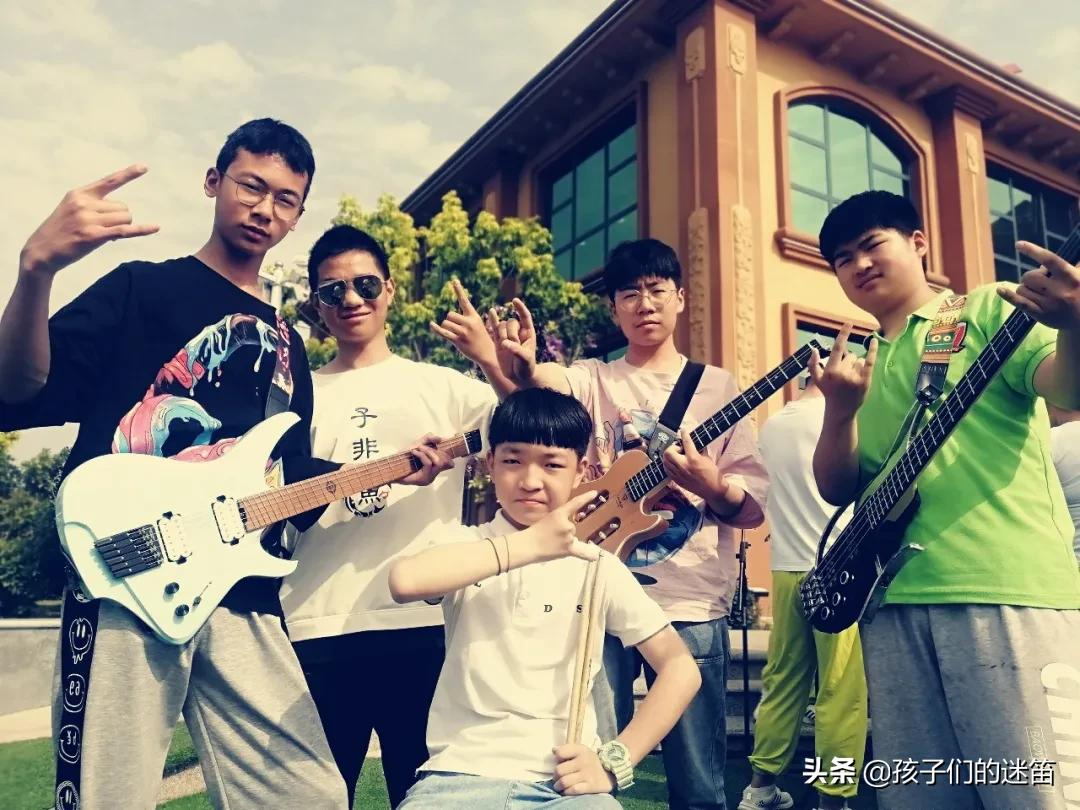 The actual time is subject to the scene 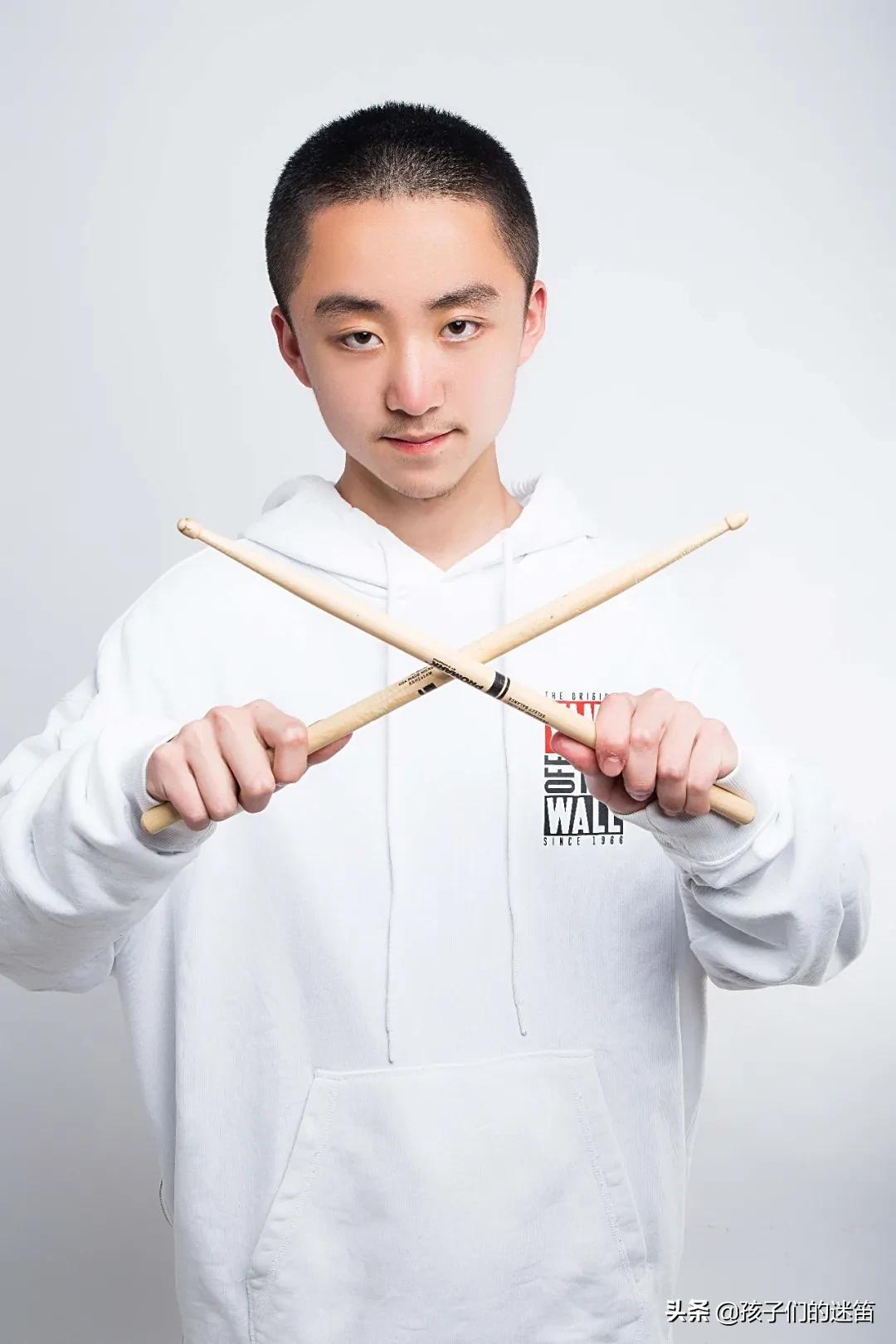 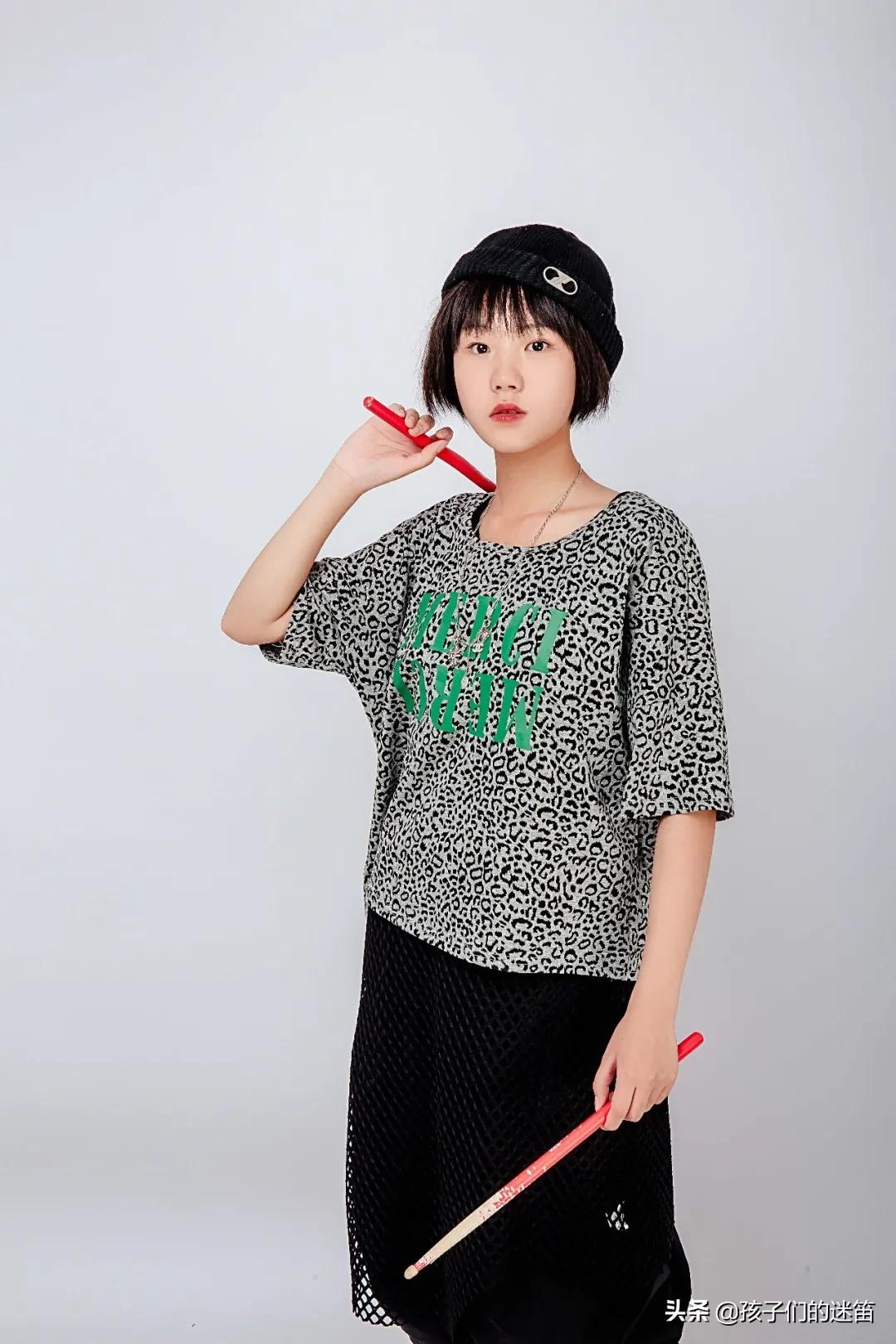 Bus: Low 66/K66 (get off at North Street Station), Route 45/K45 (get off the Cross Station), Route/K24 (Get off at Beimen Station of the Park), get off after the above three stations You can reach the venue about 600-800 meters walking

参️ Note: For a taxi, please refer to the estimated costs provided, beware of not watching passengers; you can also choose an online car.