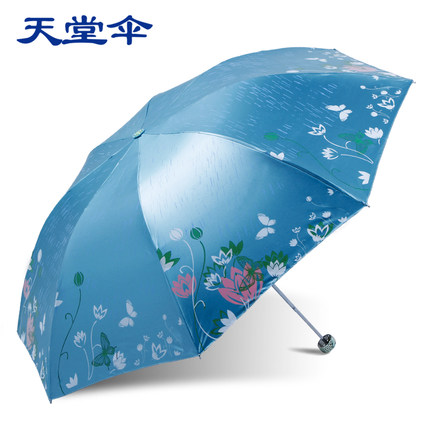 As a long -term lurking in Aunt Zhang, I have planted a lot of grass. However, my hands are like weeds. I chopped it for a long time. I always wanted to run to Aunt Zhang to show off. Virgin sticker, I do n’t know if I can live, please be merciless ~

The goddess goddess has always followed the taste and quality route. Once she asked me to help her to install an umbrella buckle, I was deeply intoxicated with the feel of the umbrella. Under her constantly planting grass, I recently started Banana for herself and my mother. (The Chinese brand is called the banana) Little Black Umbrella.

Prior to this, basically the vinyl umbrellas of the paradise used by my mother and the adults, which were the umbrella below. Basically, I could cover a light, and I was used as a clear rainy umbrella. When I bought it at the time, I was a poor undergraduate student who was dead, and now it has become a poor doctor. At that time, the idea was that the umbrella was black shiny. If there was a shading layer outside the umbrella, there was no way to rain on a rainy day, and the coating would be washed off. For the ghost weather in Shanghai, it is not cost -effective to bring two umbrellas (in fact, you can’t afford it). However, after all, the living conditions are now improved (the subsidy is a bit more), and the sunlight allergies on the mother are getting worse and more serious. Going out under this umbrella, five minutes later, the whole body becomes bright red. So gritting his teeth and fiercely, decided to start a better umbrella for his mother.

On July 3rd, I participated in the double -layer vinyl umbrella under the banana flagship store. It happened that the two can be reduced by 50 yuan, and also sent N more things. Of course, I also buy one for themselves. After all, after the injury, the recovery period should avoid light and light, sun protection, sunscreen! Emphasize three times! This summer is a thorough farewell to short -sleeved clothes! The address of the online store is below. I thought it was only once (I participated in 7.3-7.5), but I found that 7.12 started to gather together … I suggest you not buy the original price, or wait for the gathering. It feels like this long -term price is 198

There are many series under Banana, such as I bought the Black Hole series, as well as the Huoluo series, X series, and the new Air series this year. Even the Black Hole series has new models this year. What I have to talk about is that it feels that Banana is plagiarizing Kobold. I also did my homework with reference to the content on other websites before (see for details

Overall, it is the fact that the small black umbrella is too true, and the quality is not closed. However, from the point of view of use, it is actually not much different from other recommended umbrellas, and the cost -effectiveness is similar, especially Coolibar. The cheapest ones on Meiya also requires 40+ knives. In contrast, it is better for domestic. The reason why KOBOLD is not selected is that its umbrella surface design really does not conform to my aesthetics. So in the end, I chose to buy banana. When choosing, Black Hole is dual -coated, with two layers of cloth, which is thicker, but some commented that it is very heavy. The official website is 360G, while the new price of the same price this year is a light route, 190g, and 190g. But single coating. After thinking about it, the mother’s reaction must be thick, the effect may be better, and 360G is really so easy for people like us with a bunch of books every day, so I decided to buy Black Hole. As for Hua Luo, it really does not meet the aesthetics. In the future, you may consider starting with folds. In the end, the mother decided to buy a daisy version, and I decided to go to the pure black version. In addition, you can buy classic models that are not required for umbrella patterns. It is found that the new pattern in 2015 is expensive 50+, which is not cost -effective. The express delivery is pretty fast.

Well, after getting it, the mother -in -law felt that the carton outside was too dirty and thrown away, and there was no real box. After opening is two such boxes: 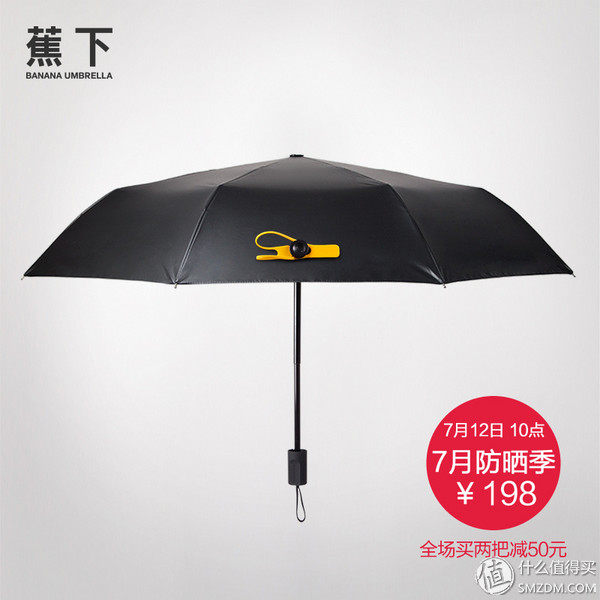 The packaging is still very exquisite, peel your heart again by layer step by layer ~~

I like this umbrella cover, felt cloth, so comfortable ~~ 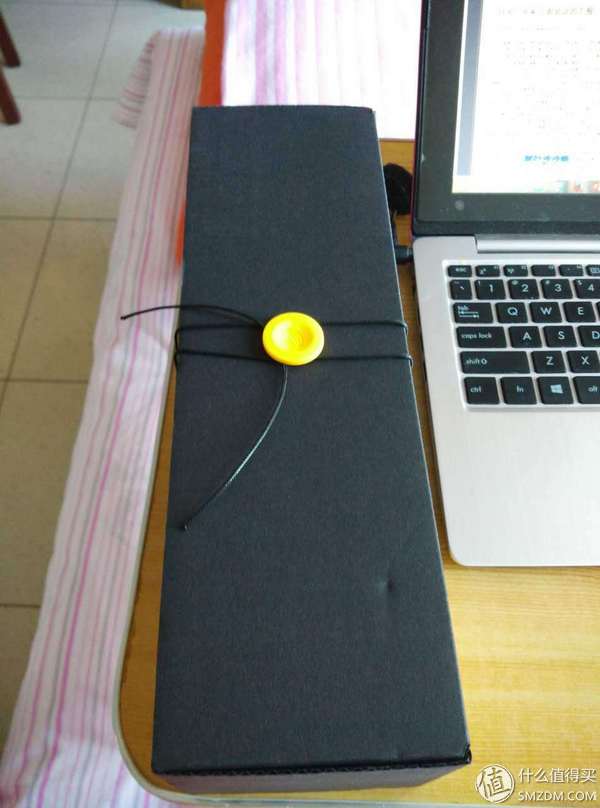 The layers of wrapping are quite strict. Take out the umbrella like this. 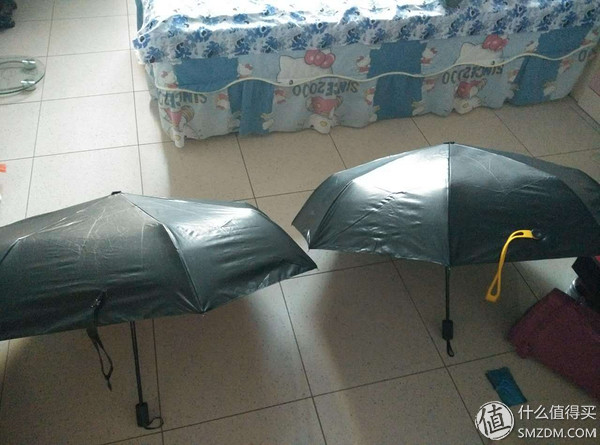 It is quite beautiful and smooth to open. Because mine is pure black, there is no highlight, using the daisy on the mother. After opening, it is bigger than expected. It should be said that it is larger than the three -off umbrella of heaven and can cover the whole body. The mother no longer has to shrink her shoulders! 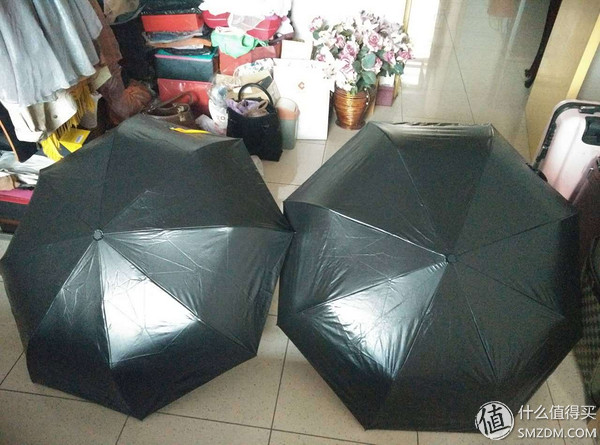 Although the two umbrellas belong to a series, they are slightly different. The first is that the area of ​​daisies is larger than the classic black area, and it is more flat. 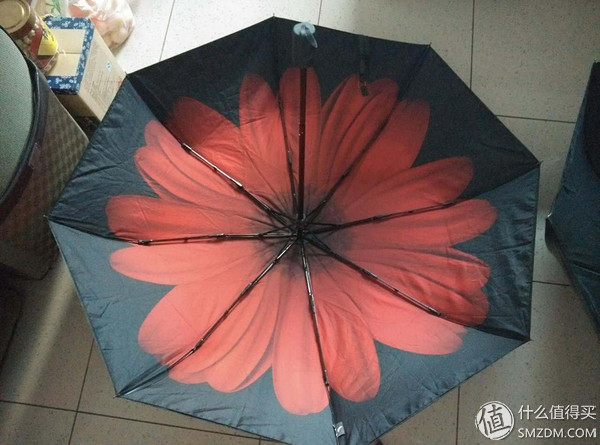 The little daisies are different black umbrella buckles. I prefer the classic black.

I also gave an umbrella stand. But for folding umbrellas, it seems to be useless.

After using it, the mother reported that she dared to go under the sun, which was indeed better than the ordinary parasol. Mother’s emotion is a penny and a penny. And there is no imagination. In addition, we did a test after we got our hands, and used ordinary flashlights, concentrated flashlights and medical flashlights to illuminate the edge of the umbrella in the middle of the umbrella. See if there is light through the opposite side. , Little habits are used up.

The other is that I have a small problem with the classic black I use. It was when the umbrella surface was not fully opened when it was supported at the beginning. 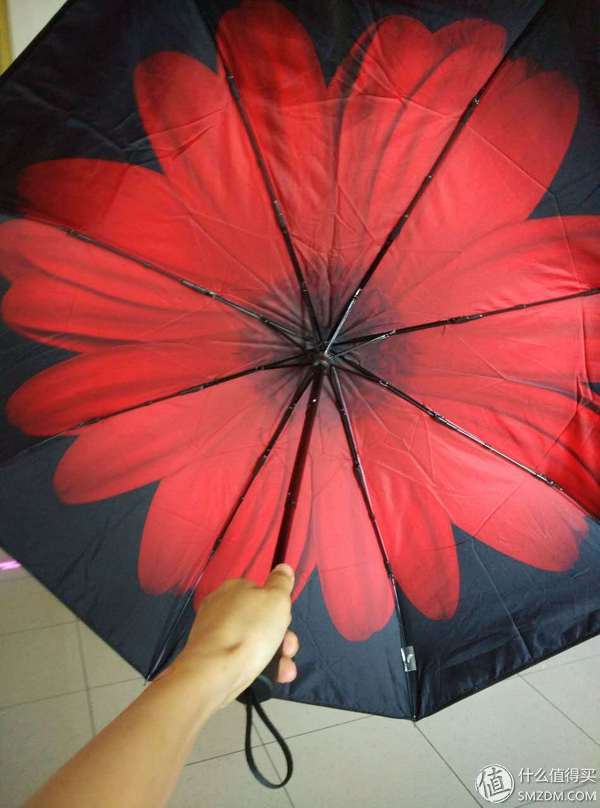 In general, the small black umbrella is much better than the ordinary sunscreen umbrella below the previous 100 yuan, especially the kind of lace edge. However, when the umbrella was collected, it seemed thicker, and it was very sinful when sorting out the umbrella. It was impossible to hang the umbrella buckle at once, and it could only be stacked one by one. But as obsessive -compulsive patients, it is still acceptable. The weight of the umbrella is not so exaggerated, at least lighter than the PAD (some people feel that it is similar). If you mind the weight, it is recommended to recommend the AIR series and Kobold, which is lighter. The button -free push -pull design will not be used to it when it is used at the beginning. It can be pushed repeatedly to be in place, but it can be in place after the habit, and it is not worried about clipping. The design sense is relatively strong. As for the wind resistance, there is no strong wind at present, and I don’t know. But it is impossible to expect it to be so miracle that it can be so miracle.

Well, the above is the first time I share my experience with you. I hope everyone and the editor will support it.

In addition, when I came during the holidays, my friends must be careful when going out to play. Recently, I was a lot of accidents. I ca n’t do it in the bed like me. It is also very bad. Anyway, I wish you all a fun and good job, and the recent stock market has been popular!