Master Zheng opened the supermarket in Haining. Some time ago, he received a court ticket. The plaintiff was a manufacturer of Qingfeng toilet paper. The other party thought he had sold counterfeit products. But he said he didn’t know.

Master Zheng’s Volkswagen Supermarket opened in Xucun Town, Haining City. He introduced that he received a mobile phone information in mid -October. It was a pass from the Haining People’s Court. 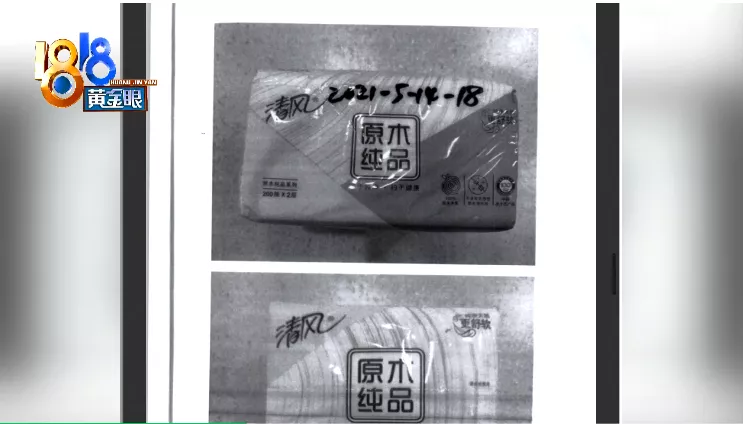 : Just say I sell fakes or something. (Are you selling breeze?) The breeze, in fact, I do n’t know. I do n’t know. The wholesalers sent it. Anyway, I put it on the shelf.

In the book list, in addition to the subpoena, there are civil prosecution, evidence materials and other content. The reporter learned that the plaintiff was the Jinhongye Paper Group Co., Ltd. and the right holder of the “Qingfeng” trademark. 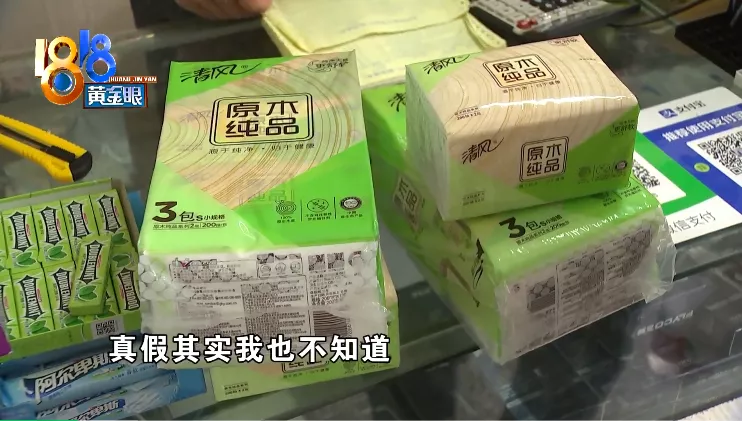 On May 14, 2021, an intellectual property service company in Anhui preserved notarization through evidence and purchased a small bag of paper pumping paper at Master Zheng’s supermarket. After the company’s identification, it was found that it was inconsistent with the company’s products. The court requested the defendant to stop selling various types of paper products for the dedicated rights of the plaintiff’s trademark, and compensated the plaintiff to lose 50,000 yuan, notarization, and lawyer fees. 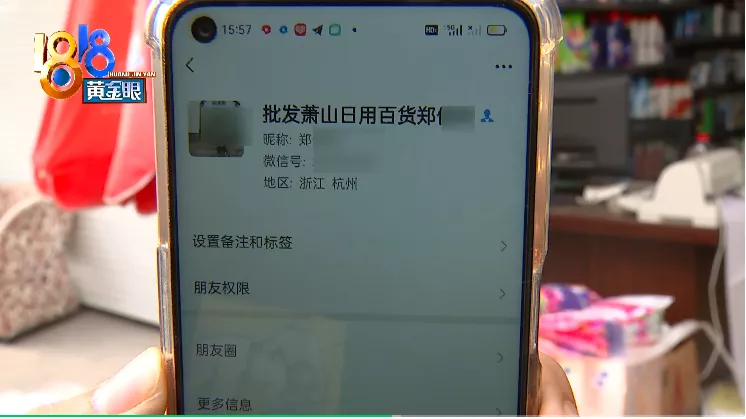 The corresponding notarization, consumption records, shopping process photos, photos of the goods purchased, trademark registration certificate, etc. can be viewed in evidence materials. Master Zheng provided the remaining toilet paper that the remaining manufacturers were identified as counterfeit products. He said that he did not know whether this paper was true or false.

: Speaking of which is based, we are good at selling fake goods, but I do n’t know. (Then you think you should take responsibility) Since there is something wrong, a little less meaning

: (How much do you think is appropriate?) Don’t conceal you, ask me to make a few hundred yuan, and I feel uncomfortable (you think you are a business, you sell fakes, shouldn’t you take responsibility?) I deliberately fake goods to sell.

The reporter dialed the service hotline of Jinhong Ye Paper Group Co., Ltd., hoping to consult how to distinguish between true and false Qingfeng toilet paper. 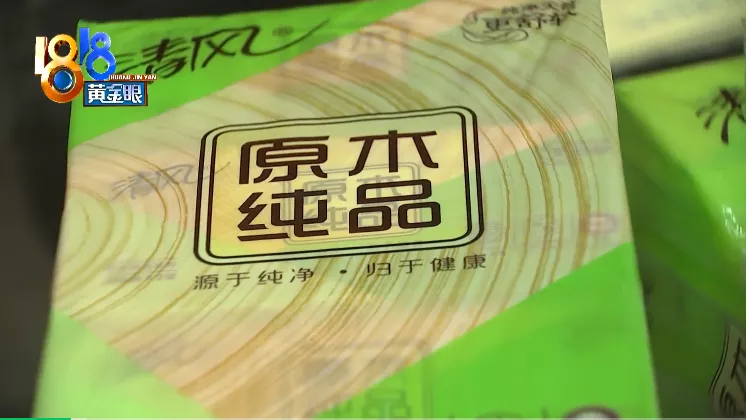 : To send real -object samples to the manufacturer’s identification, the simple description of packaging, there is no way to determine the authenticity. Generally, I can ask the seller, what channels of his upstream, (if your company, do you have obtained evidence outside and sell counterfeit commodity business banks) Our company also has a legal department responsible for counterfeiting, (they are currently, they are in How to judge the physical store is true or false) It is not easy to judge, and the physical sample must be confirmed.

According to the introduction of the service hotline of sanitary paper manufacturers, if you want to judge the authenticity of the product, you can only use the method of sending physical samples. Another indirect way is to trace the source of the source of purchase. 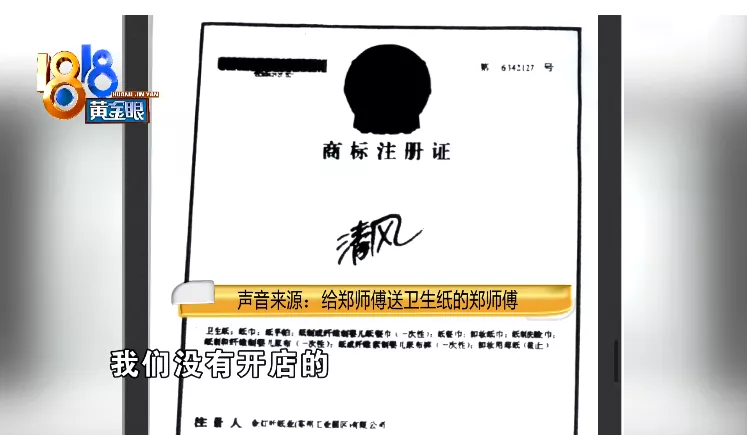 Master Zheng said that he did not have the ability to judge the authenticity of toilet paper. Before receiving the subpoena, he did not know that he had a “fake” behavior. He hoped that he could not bear responsibility.

The reporter learned from the Haining Xucun Market Supervision Branch that in the process of daily law enforcement, they encountered what Master Zheng said in this situation. It is a commodity that violates the exclusive rights of registered trademarks. It can prove that the product is legally obtained and explained the provider, and does not bear the liability for compensation. “

: (Where did you come from?) That, cough, Xiaoshan has a dedicated wholesale. (Is there any purchase form).

The reporter learned through the market regulatory authorities that if Master Zheng can prove that “the product is a legal obtaining and explaining the provider”, maybe there is no need to bear the liability for compensation. Can he prove it?

Master Zheng told reporters that the goods in his store were purchased from a department store in Xiaoshan, Hangzhou. He turned out the purchase list in the store. However, this purchase list was in June last year, and the problem of these green packaging pumps in the production date was February this year.

The reporter checked the product code and did not find the corresponding product in the purchase form last year. In the end, Master Zheng failed to provide a purchase order related to toilet paper this year, that is, he could not prove that toilet paper was in the goods from Xiaoshan’s commercial bank.

: (Have you contacted after a problem? I have n’t asked this if I do the wholesaler. (You have to ask it) He will definitely not say that you do n’t ask Ask the way of buying the goods) They cannot say that they are fake.

Master Zheng introduced that after receiving the court’s pass, he asked the toilet paper supplier to send 8 pumps and retain monitoring. He hoped to prove his supply relationship with the other party through this video.

Subsequently, the reporter came to this department store business bank in Xiaoshan. The staff said after watching the product that the delivery person was not a business bank employee.

: I do n’t have this employee in my family. (This is not yours) is definitely not (he usually buys in you). At the beginning of the first batch, I took the most a few years and two years. He came from other places behind him. (The production date of this paper is February this year.) I haven’t sent him much this year.

In this department store dealer, the reporter did not see the kind of green packaging paper. The staff introduced that they also sold Qingfeng toilet paper, which were provided by local brand dealers.

The reporter checked the record of Master Zheng to the supplier of sanitary paper, and found that 55 yuan paid a master named Zheng. 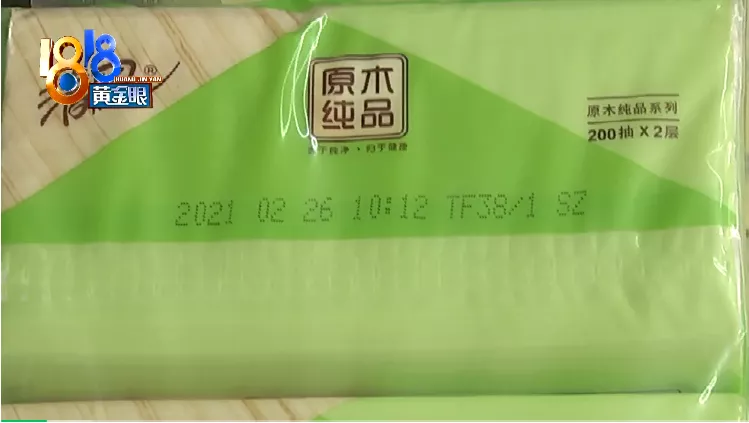 : This is another delivery, (whether the goods are taken here or surnamed Zheng), she also entered here, and he also entered there, (whoever entered the fake paper). I can’t figure it out. (I can’t figure out what to do) Either find this person (where is this person) only (WeChat) (I don’t know where his shop is) Well (how do you know this person) He came to our store to sell Have you ever seen this person’s business license?) I haven’t seen it (as a merchant, find such a person to buy, do you think it is easy to have problems?) We do n’t know if the hidden dangers are not hidden or false. 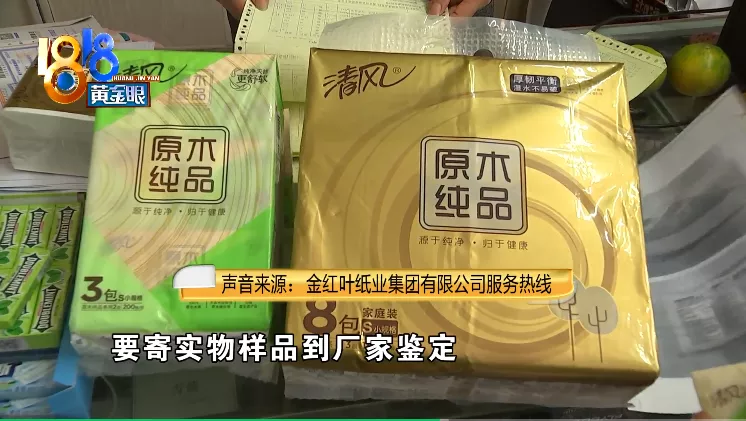 : (Do you have a store yourself?) I have no store (have you registered a business license) What is the matter? 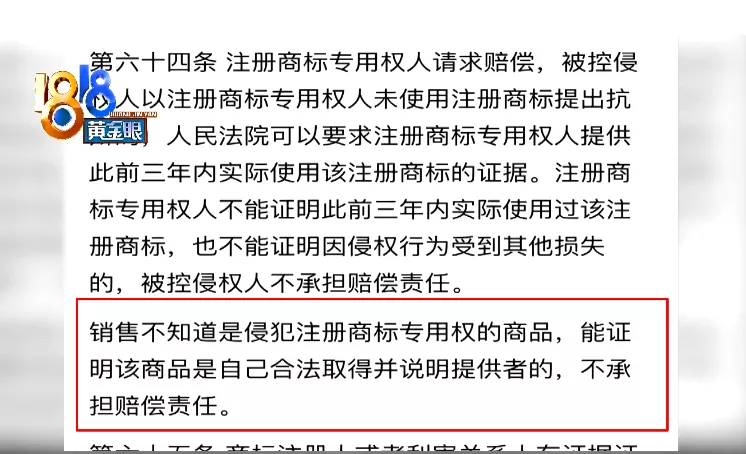 : (It seems that there is a problem with the paper from you) We are determined on the Internet. We do n’t use it much, so let ’s take it for him. (Do we want to meet and communicate? See which one you set up online, confirm the authenticity) We have not opened the store. Who knows these things about authenticity? We have no such goods.

The other party hung up voice calls and did not provide information such as purchase. The reporter learned that it was identified as a fake paper. The price of Master Zheng purchased was 55 yuan and 8 mentioned. The Xiaoshan department store and other supermarkets were not found in the same paragraph. The similar wholesale price was 115 yuan and 16 mentioned. , Converted into 8 mentioned 57.5, more than two more expensive more than Master Zheng. 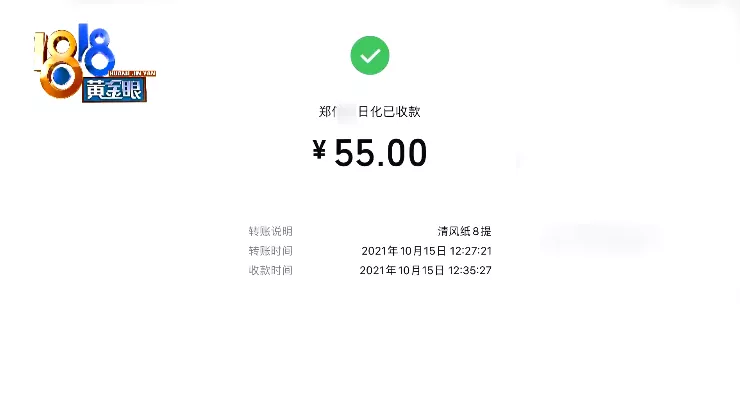 : Our behavior is not aimed at anyone, or any particularly small convenience store. There is absolutely no intention. I think any company should have rights protection. How can I find that the shop has some? Our sales team keeps visiting underground. Their purpose is not to fake them, but to push sales. It will definitely be given feedback in time when they find fake. We have verbally warned countless times. You are not our goods and are not authorized. We can’t sue at every turn. This is costly.

: (They say they don’t know how to distinguish which is true or false) I think as the person who opens a store, you should know that you should know that the sales should be corresponding. All of us dealers are authorized. When the dealers are paving down the goods The authorization can be copied. All we have prosecuted by us cannot get the genuine authorization given by any dealer. They have not fulfilled it. They should identify the regular purchase channels. Whether it is genuine. 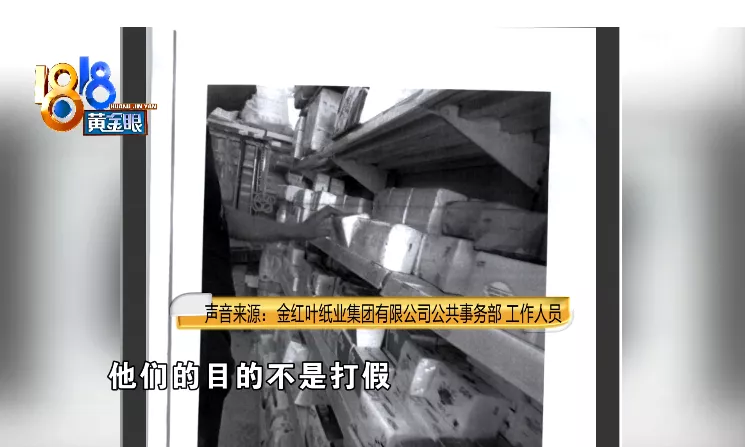 On the morning of October 26, Master Zheng participated in the front of the court in the Haining People’s Court. He said that he couldn’t accept the amount of compensation mentioned that day.

Master Zheng’s lesson, hoping that more stores can be considered. Whether it is a paper towel or other goods, the purchase channel must be standardized. This is responsible for consumers and the protection of themselves. 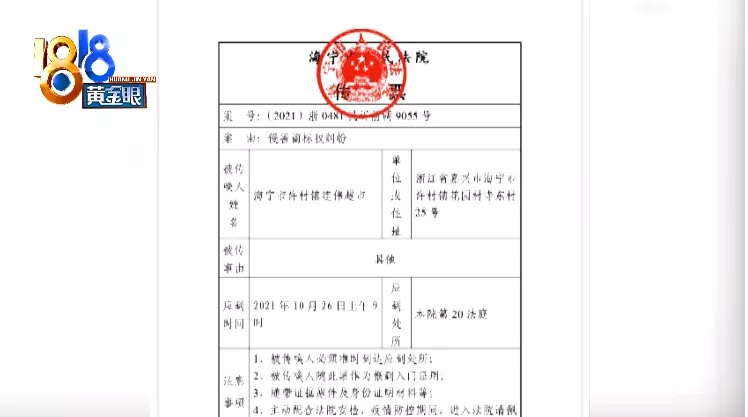 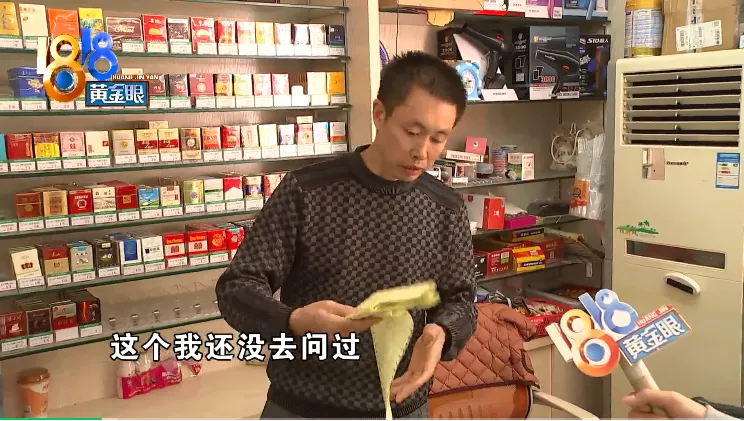 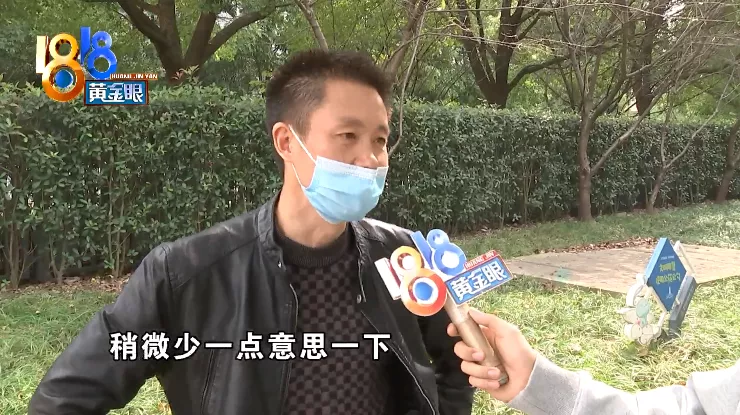 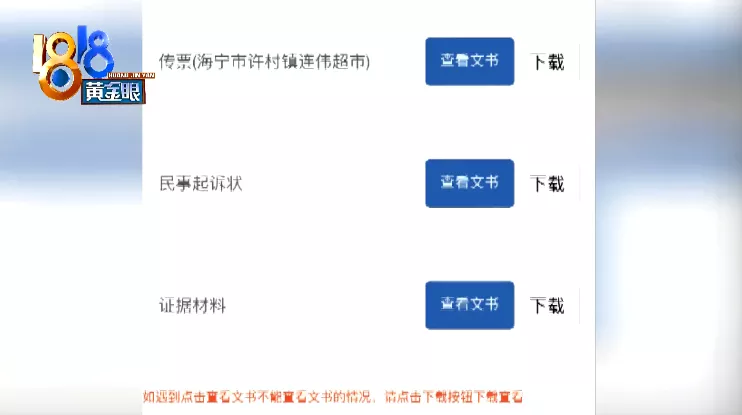