The most complete Buddhist bracelets in history! I have seen the old players who have seen it all!

Buddhist beads are a portable method for Buddhism to recite the records, which are used to eliminate troubles and obstacles.

In the process of spreading thousands of years, the Buddha beads gradually became a symbol of the wisdom of sentient beings from the tools of Zen Zen, and its types have also greatly expanded. 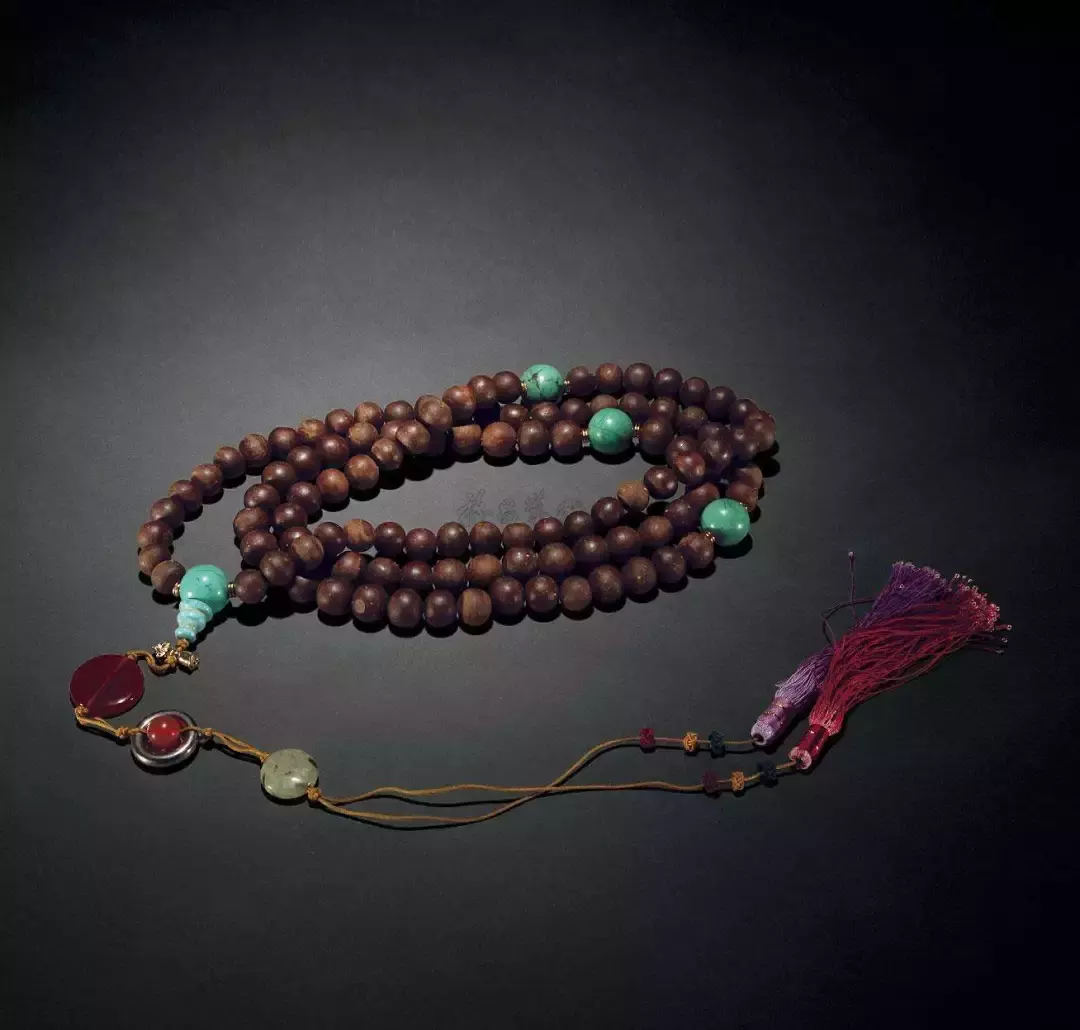 For example, the type of Buddha beads in the Song Dynasty is not limited to the planting of the tree of Bigo 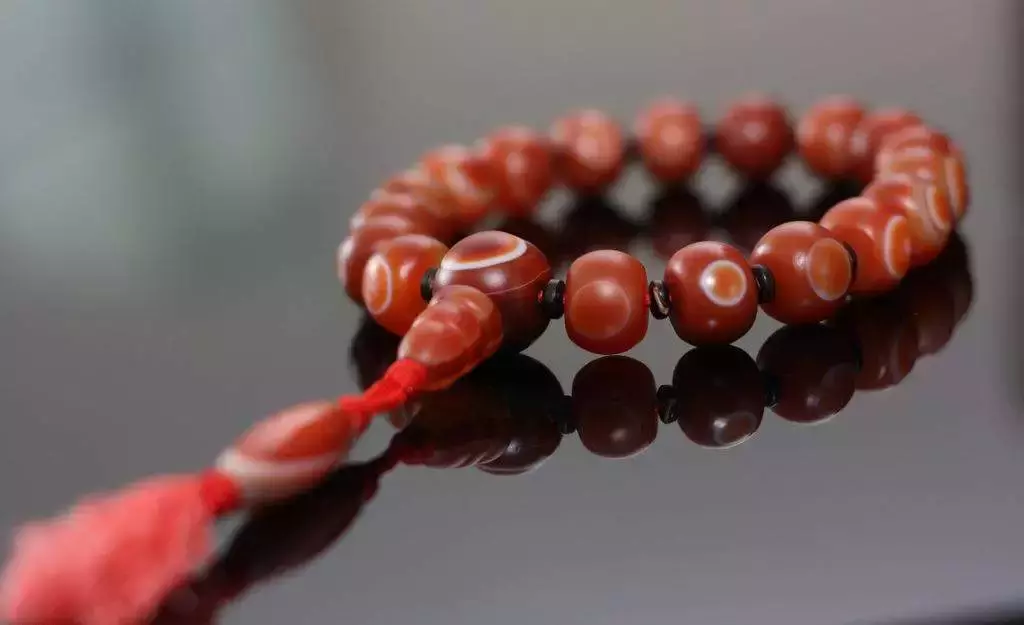 Today, the types of Buddha beads are more abundant. In addition to Bodhi, there are many Buddhist origins. 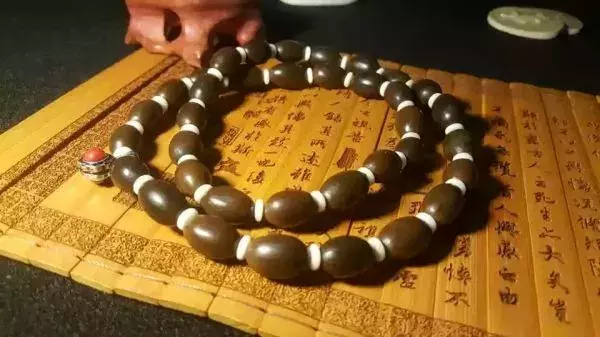 Labor rosewood is a fine product in rosewood, known as “the wood of the emperor”, which can be described as good quality.

In our country, it is a highly status wood and is often written into ancient poems.

For example, Meng Haoran’s “Liangzhou Ci” has a cloud:

The rosewood gold dandruff text made the pipa sound into the cloud.

Hu Di was 30,000 miles, and then he sent Mingjun immediately.

Rosewood is not only a lofty status in our country, but also very important in Buddhist culture. It is common to be used as a bead.

Such as “Huilin Yinyi” recorded:

It is said that white sandalwood can cure fever, and Chi Tan can remove edema.

Among them, Chidan refers to “rosewood”.

Agarwood is not a kind of wood, but is “knotted” by a special type of fragrant tree. It is mixed with solid -state coagulation of oil and wood components.

In ancient times, for the literati, the incense was elegant. 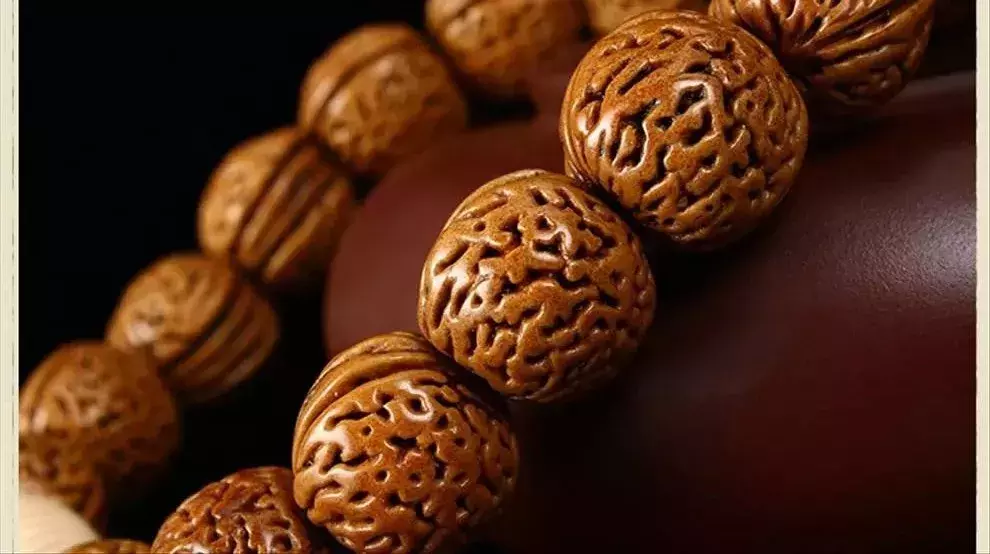 Su Shi’s “He Ji Ji Jiu Ji” Yiyun: Agarwood is a court, and Jia fried is peaceful. If it is a little fire, the smoke is weak.

Agarwood is also an indispensable treasure in the Buddhist system.

Agarwood can be used as Buddha beads, Buddha statues, and it is known as “wood in the wood”.

Sandalwood is the heartwood of the sandalwood plant, which has high cultural value and medicinal value.

For example, “Compendium of Materia Medica” said it:

Treatment of 噎 治 治. He has a sunspot again, and washed with pulp every night to make red and grind the juice.

The relationship between sandalwood and Buddhist culture is very close, and it has always been a classic in Buddhist bracelets.

In the poem “The West Lake Apartment of the West Lake” Qing Zhaoyi, there is:

Furthermore, it is mentioned in the Buddhist scripture “Flame Shanzan” that sandalwood can communicate with the Buddha:

The furnace incense is stubborn, and the legal world is smoked. The sea of ​​Buddhas will be heard, and the clouds are settled. Sincerely, the Buddhas are all over the whole body.

It is named after the six grooves on the wood of wood.

According to the “Mahayana Takaham Wang Jing” records:

If someone wore the symbolic six -character mantra on his body, this body is King Kong, such as Sari Tower.

It can be seen that the blessing ability of Liudao Mu can be strong.

If you talk about the evil spirits, the peach core has to mention.

The mouth, the big stick, the peach wood as it, and the killing of the murderer, because of the daunting peach.

Tao Mu is the essence of Wumi, and the fairy wood also … can suppress evil spirits and make a hundred ghosts in the town.

It can be seen that Tao Nai Xianmu has a strong positive energy in its nuclear belt, which can be used as a bead.

Lotus has been a symbol of pure and noble since ancient times. 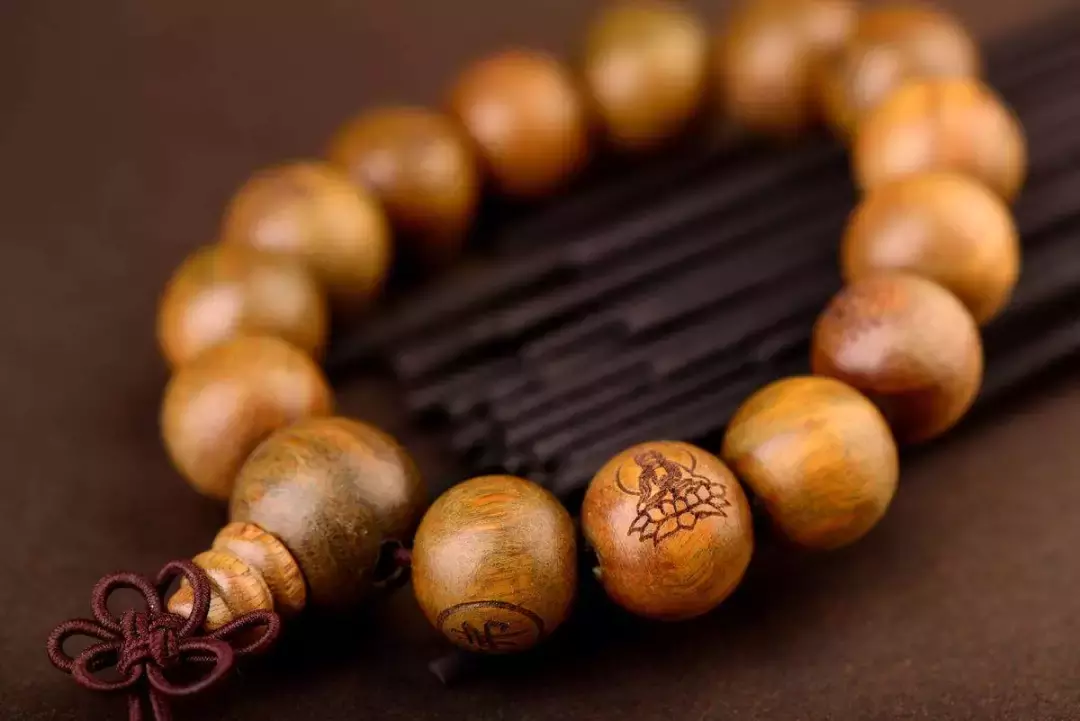 For example, Zhou Dunyi, the famous “Ai Lian Said” in the Song Dynasty, there is a cloud:

Lotus is not dyed, and it is clear and not demon.

Zhongtong is straight, no vines and branches, fragrant and clear, and the pavilion is clean.

At the same time, many Buddha statues are also sitting on the lotus platform, showing that Buddhism has a great relationship with lotus.

The lotus seat is fascinating, and the sacred toe of Songya.

Older golden traces are shallow, and the earth is long.

There is also a sentence in “The Biography of Song Gao”:

Thirty thousand lotus passes through thirty spring, and he does not step on the door of the courtyard.

In addition to cultural reasons, the black lotus seed itself is very hard, so the gloss is good, and it is also pretty good to make a bead. 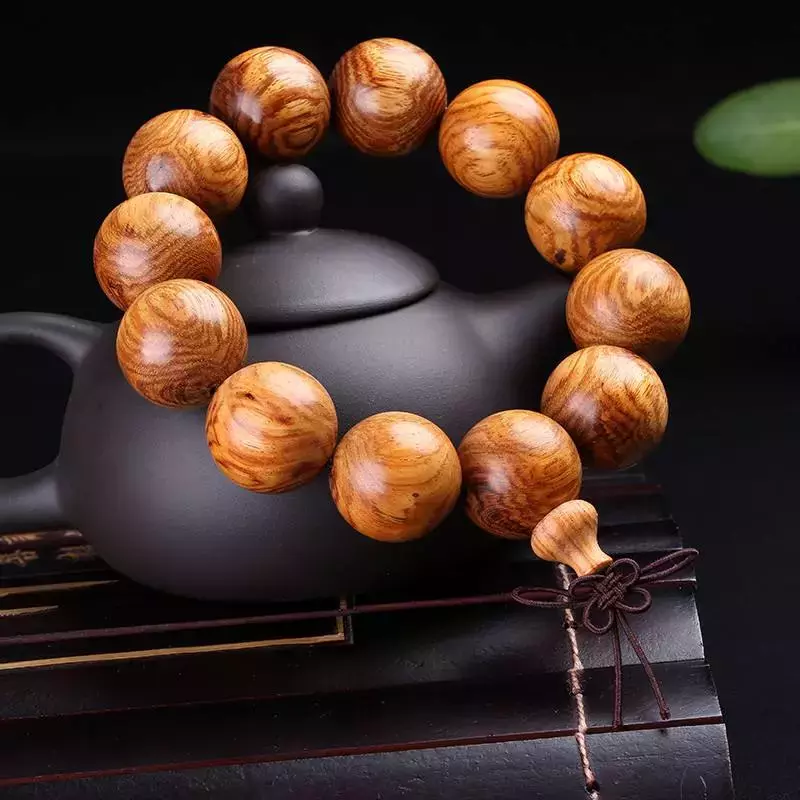 Agate is a type of chalcedony mineral. It was known as Chiyu in ancient times and has a long history in my country.

Agate is one of the seven treasures of Buddhism and is closely related to Buddhism. According to research, even the word “agate” itself is a Buddhist vocabulary.

The horse’s brain, Fanyun curved wetmojie. The color is like a horse brain, so from the name. 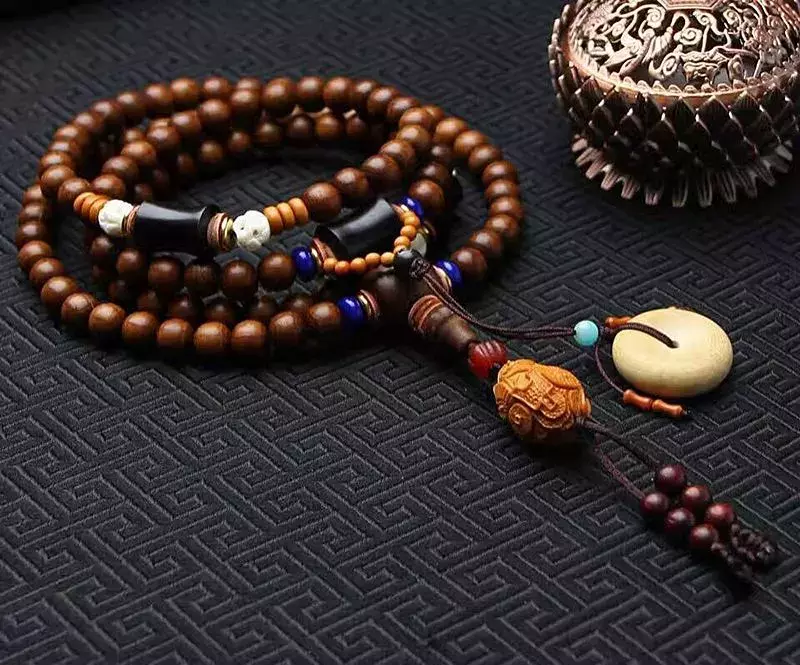 Liuli is an artificial object made by artificial crystals at a high temperature of more than 1,000 degrees.

Its color changes are multi -end, and the quality is crystal clear.

And it is also one of the seven treasures, occupying an important position in Buddhist culture.

May the Bodhi of my next life, such as glazed, is clear inside and outside, without flawlessness.

It is derived from the “skull guru”, one of the 84th major achievements of ancient India. The boss went to his loved ones’ bones as a magic weapon and finally achieved great achievements.

“Biography of the Eighty -Fourth CPIC” records him:

Holding all the nature of the nature, all kinds of bone ornaments, and the accidental meanting, I can’t get it.

Gabara is an important magic weapon for Tibetan Tantra. Its material is also a bone donated by the Tibetans who has been fully and repaired as the deep Tibetans.

It has clear texture and flowing water, which is loved by the ancients. 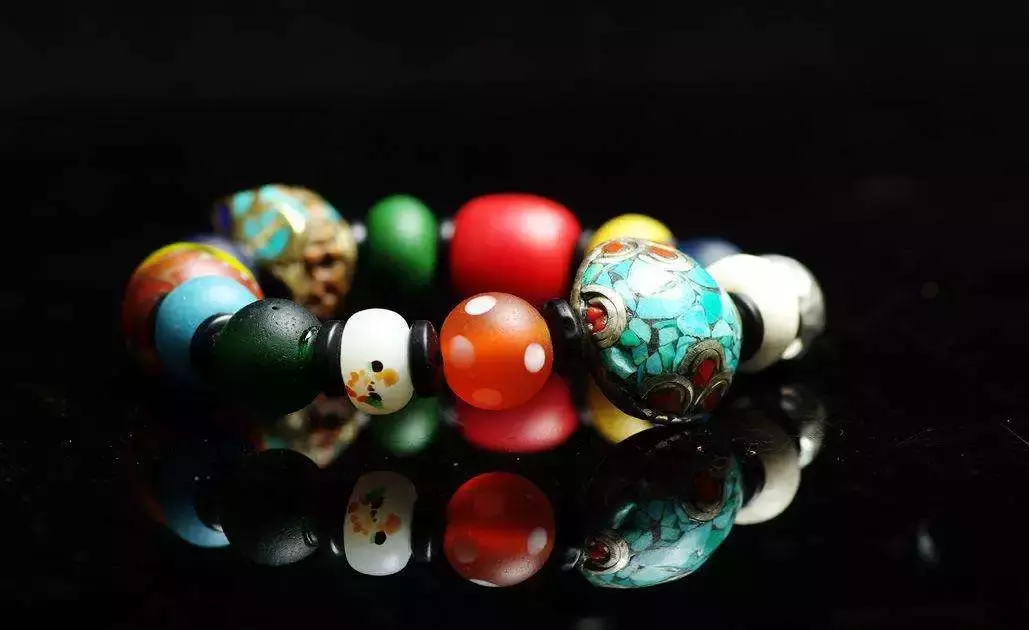 “Museum to Lay” is praised by Huali:

The production of rosewood is in Guangxi, a flower tree, leaves such as pear and no authenticity, the wood color is red and purple and the texture is delicate.

Like rosewood, rosewood is also loved by Buddhist culture because of its material. Some Buddhists think it can communicate with heaven and earth, which is very spiritual.

For example, in the “Buddha’s Scripture of the Merit and Merit Sutra”: those who are pear in the rosewood, recite it, get a thousand times better. 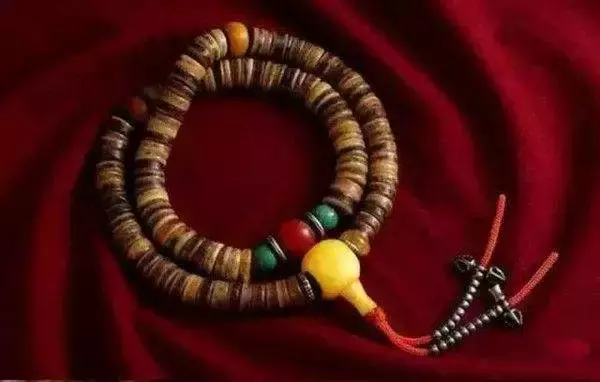