Before Double 11, Taobao 88VIP launched a number of rights and interests, 5 free shipping returns per month

On October 20, Tmall Double 11 will start pre -sale. Taobao 88VIP has also recently launched a number of rights, including Tao Tickets for discount cards. Gaode taxi members, 50 % discount on offline self -operated products from Universal Studios. Among them, the refund function of the return order has attracted much attention. In addition, users will also enjoy the rights and interests of the return free shipping for 5 times a month.

It is reported that Tmall Double 11 pre -sale this year will start at 8 pm on the 20th, 4 hours earlier than last year. In order to make consumers buy it, Taobao has recently launched a number of convenient new features. Following the launch of the elders, online photos, buying medicines, and internal beta shopping carts.

Among them, the rapid refund service of goods is most anticipated by users. After the launch, the 88VIP user initiated an application for refund of unpack orders. Without the required merchant review, the platform will automatically refund the refund; the delivery order has been shipped, for reasonable requests, the platform can pay the refund in advance. In particular, users can also enjoy free shipping returns 5 times a month.

Public information shows that Taobao 88VIP members have been launched since 2018. If users are more than 1,000 points, users can purchase the year card of the member with a price of 88 yuan. As of the beginning of this year, 88VIP has covered a number of rights such as Youku Year Card, Netease Cloud Black Plug -in Card, Hungry Mono Card, Flying Pig Save Money Card, Hilton Silver Card, Marriott Gold Card, and 10 % off shopping. 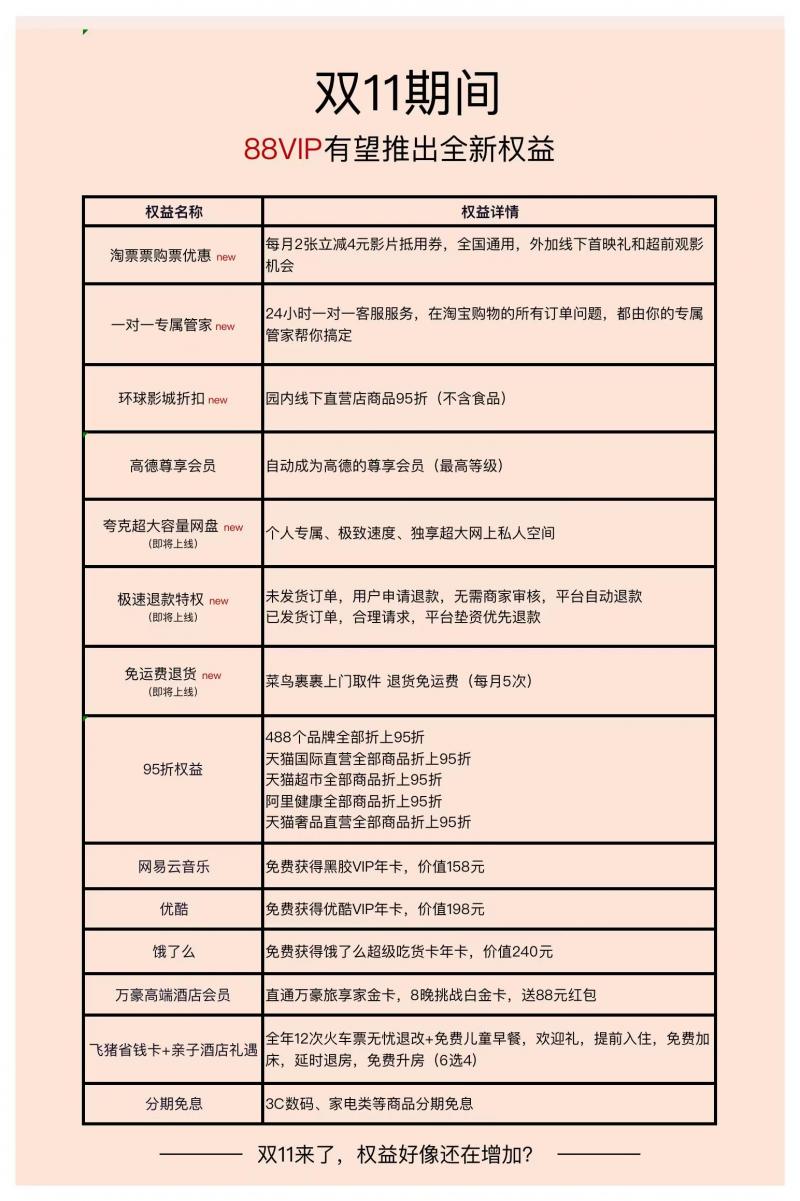