With a revenue of 2 yuan a pen, Chenguang Stationery also touched the ceiling

Whether it is the post -80s or post -90s, most people’s childhood memories have the scene of choosing Chenguang stationery in the school gate. 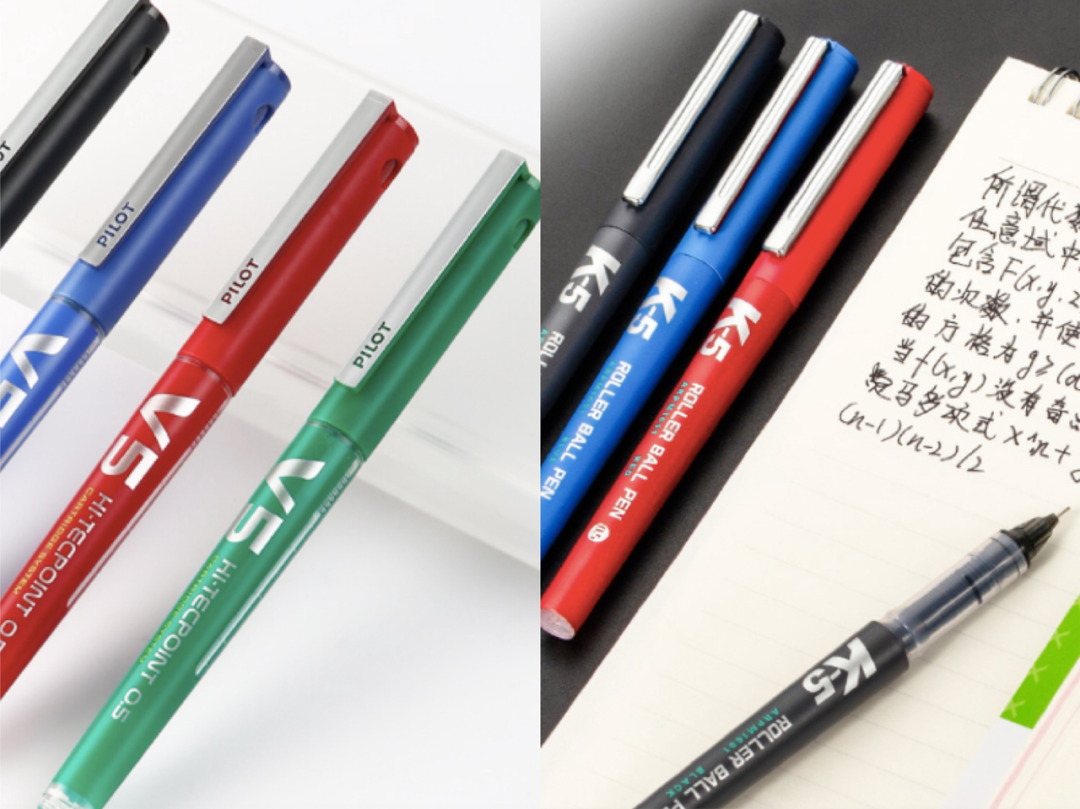 This stationery company headquartered in Shanghai started with a pen -priced 2 yuan pen. Now it is an A -share “stationery” with more than 80,000 retail terminals and annual revenue of more than 10 billion yuan.

But today, with the rise of consumption upgrades and the rise of online marketing, the growth of Chenguang stationery has also begun to slow down. According to the third quarter of 2021, the revenue growth rate of Chenguang Stationery declined, and net profit increased by only 0.57%year -on -year. 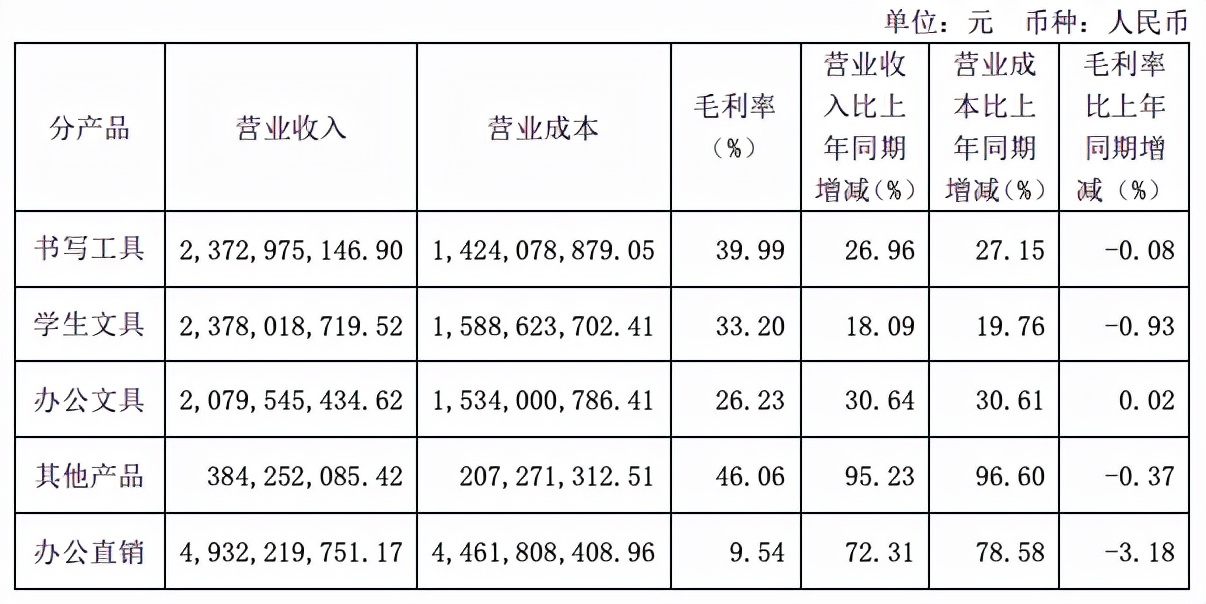 The Chen Guang stationery, who is looking forward to “transformation”, also tells the story of the “tide product” retail store, but can it break through from the “national tide” competition? 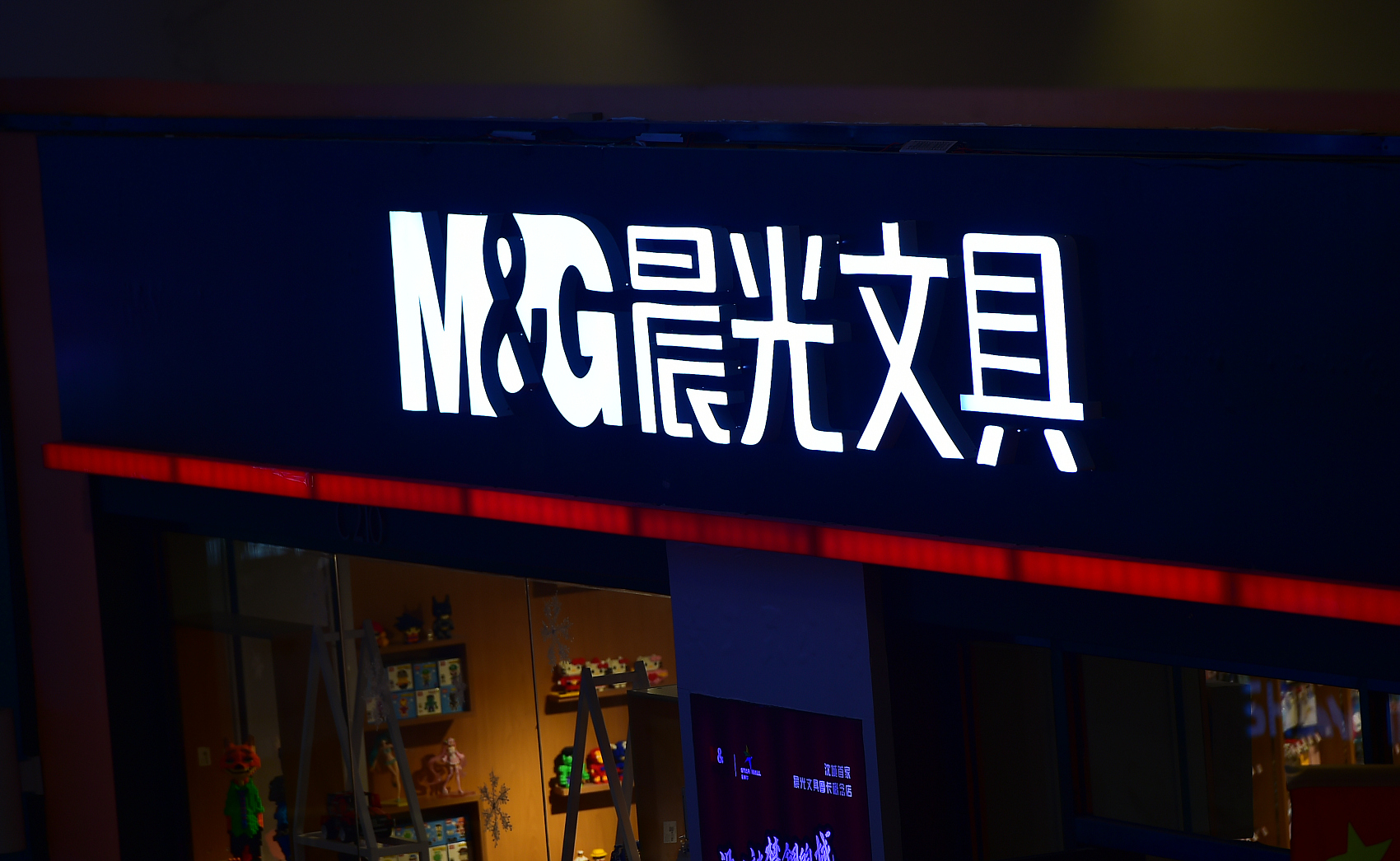 The birth of Chenguang stationery dates back to the end of the 1990s. Before many people’s expectations, the founder Chen Huxiong as the “stationery king”, his academic performance was not outstanding. He once fell out of the college entrance examination three times. In the end, he chose to give up the college entrance examination and became a salesperson of a stationery store. The main job was For the agency sales of Japanese and Korean stationery.

The work experience of the 10 -year stationery industry allowed Chen Huxiong to understand the operation of the entire industry and master a certain sales resources. In 1997, the Asian financial crisis broke out. Seeing many stationery suppliers fell one after another, Chen Huxiong, who was “unprecedented”, gave birth to the idea of ​​independent entrepreneurship. In 1999, Chenguang Stationery was officially established.

At that time, the 10th anniversary of the “Compulsory Education Law of the People’s Republic of China” was promulgated. With the vigorous development of the education industry, the domestic student stationery market also ushered in explosive growth, becoming the “most important beam of light” in the early days of the development of Chenuang Stationery. In 2002, Chenguang Stationery moved towards large -scale operations, and launched a chain retail business in 2008, and began exploring e -commerce business in 2011.

After the listing, the stock price of Chenguang Stationery has soared at a rate of double each year, and its market value has also risen from 7.2 billion yuan at the beginning of listing to nearly 100 billion yuan.

At the end of October, Chenguang Stationery released the third quarter of the 2021 financial report. According to the financial report, in the third quarter of this year, Chenguang Stationery achieved revenue of 4.465 billion yuan, and revenue growth fell from over 40%in the previous two quarters to only 18%; net profit was 451 million yuan, a year -on -year increase of only 0.57%, almost ” Stagnation.

Over time, the station space in the stationery market has also gradually touched. According to IBIS statistics, the domestic student stationery industry achieved operating income of 76.8 billion yuan in 2020, with a growth rate of 5.21%, and has entered the stock market stage.

In 2021, the “double reduction” policy landed, while the out -of -school education institutions contracted, companies such as Chenguang Stationery were also affected. Xingye Securities predicts that if the stationery required for extra -curricular is 1/2 and 70%of the teaching and training institutions required in the class, according to the results of the calculation, the consumption of stationery will be reduced by 10%throughout the year.

In terms of market layout, from 2015, Chenguang Formance has gradually tilted from traditional core businesses to office direct sales products. It wrote in the 2019 annual report: “The company’s traditional core business is facing the challenge of changes in new product demand for the change of personalized demand for post -90s and post -00s. The increase in sales of sales has weakened. “

“The proportion of revenue of direct sales products has reached nearly half, but the gross profit margin is only about one -fifth of the writing tools. It is necessary to adopt the marketing model of ‘thin profits and multi -selling’. It must have sufficient market share to greatly increase sales to make up for the decline in gross profit. “Said Ding Liguo, a retail and marketing expert.

Chen Guang stationery’s office direct sales product business is mainly to provide high cost -effective office procurement services for the government, enterprises and institutions. However, in the case of fierce competition in the stationery market and the implementation of paperless offices, it is easy to maintain corporate customers. “The decisions of centralized procurement of enterprises and institutions are generally more rational, and there are many non -market factors. Therefore, low -cost strategies are not as effective as the C -end market.” Ding Liguo said to the “Finance World” weekly magazine.

This also means that it takes time to make morning light to “make a lot of money” by the office stationery. Expanding new business has also become a top priority for Chenguang stationery.

In the era of “tide product” retail, the worry of morning light transformation

As early as 2013, Chenguang Stationery launched the “Chenguang Life Museum”, which is mainly based on the consumer group of 8-15 years old. The stores are also mainly concentrated near Xinhua Bookstore and composite bookstores.

After that, with the rise of the “blind box” concept, the tide shops blossomed everywhere. The products sold in such stores gradually expanded from cultural and creative blind boxes to stationery and daily necessities. Chenguang Stationery also smelled new business opportunities.

In 2016, Chenguang Stationery launched the “Nine Woods Miscellaneous Agency”, which defines it as a medium-to-high-end cultural and creative grocery chain brand, saying that the “quality woman” aged 15-29 is the target consumer group. In Jiimu Miscellaneous Agency, not only does the morning light selling its own brand of stationery, but also various types of puzzle toys, home products, etc., different IP blind box products have become “mainstream” in it. In the first half of 2020, blind box products accounted for 20%of the SKUs of Jiumi Miscels.

However, the new retail business of the Chenguang Life Museum and Jiumu Miscellaneous Agency did not bring the imagination return to Chenuang Stationery. According to the financial report, during the three years of 2018-2020, the net loss has reached 88.58 million yuan. In the first half of 2021, the business lost 1506,000 yuan.

Ding Liguo said that the idea of ​​making new retail in Chenguang Stationery is a bit like a traditional bookstore “transformation”. However, under the influence of the epidemic in recent years, the overall steps of offline business are difficult, which has also caused great obstacles to its expansion. “In addition, stationery is a standardized product. Users do not need an offline experience. It is not strongly related to the concept of ‘cultural fashion’. He believes that the “Chenguang Life Hall” category brand will not be attractive to franchisees.

“The Light of Domestic” also plagiarized?

The biggest problem for Chenguang Stationery is that its core products are also facing doubts on the consumption side, and even “scolded” the hot list of Zhihu last year. Searching for Chenguang stationery on social media, you can see that the problem that it is most vomited is “the quality is not worth the price.”

The neutral pen of Chenguang once promoted “not easy to break the ink” and “not easy to hang paper”, but some netizens said on social media that “Chenguang Youpin series is always broken in ink, and it can be written in half. The miscellaneous pen core used at the table really disappointed me more and more. “Others said,” The problem of straight liquid pen seeping ink is serious, and it will not be possible to encounter a slightly thin paper. “

According to the “Finance and Economics” weekly magazines, as early as on the eve of the listing, Chenguang Stationery had been detected by the regulatory authorities in Beijing, Jiangsu and other places that there were product quality problems. In 2018, Chenguang was detected by the general volatile organic object project of ice permeability, and the problem of hidden safety hazards such as safety hazards was not up to the stationary size. Solid glue.

In addition, Chenguang was questioned by the “plagiarism” of the product appearance.

Chenguang Stationery has announced that the company will launch thousands of new products each year. However, some consumers said that many of its products are highly similar to some products such as Baile, Zebra, Mitsubishi, Lingmei, MUJI and other brands. They suspect that Chenguang has “reference” for them. For example, Chenguang K5 signature pen was criticized by “renovation” from the Belle V5 signature pen.

Chen Guang’s “innovation point” in product marketing has also gained a lot of users. “The company’s most original product is the” Confucian Temple Prayer Exam “.” A consumer teased. It is understood that this product is priced at 2 yuan each. It is aimed at candidates users, which are painted with the image of Confucius image. After launching in 2008, the publicity gimmick was used by the “blessing pen test”. Attracted many parents of students to buy.

During the same period, Chenguang also launched the “Lingyou Lucky Star” series of products. Chenguang said in the product promotion: “To buy it, it will be unique to Chenguang’s exquisite crystal constellation stickers. Staying on stationery, you can keep mana for sale. “

Although this type of marketing has caught the consumer psychology of users, some media quoted expert views in the report that buying a “blessing pen” is actually a kind of psychological comfort. It will be even more disappointed.

The actual controller cash out “gold”

Ke Ying Investment was controlled by Chen Huwen, chairman of Chenguang Stationery, and Jiekui Investment was controlled by Vice Chairman Chen Huxiong. The two and director Chen Xueling were third sisters. Tianyancha shows that as of now, Chen Huwen, Chen Huxiong, and Chen Xueling hold the proportion of Chenguang Stationery’s shares of 24.25%, 24.09%, and 14.75%, respectively, which is the actual controller of the company. 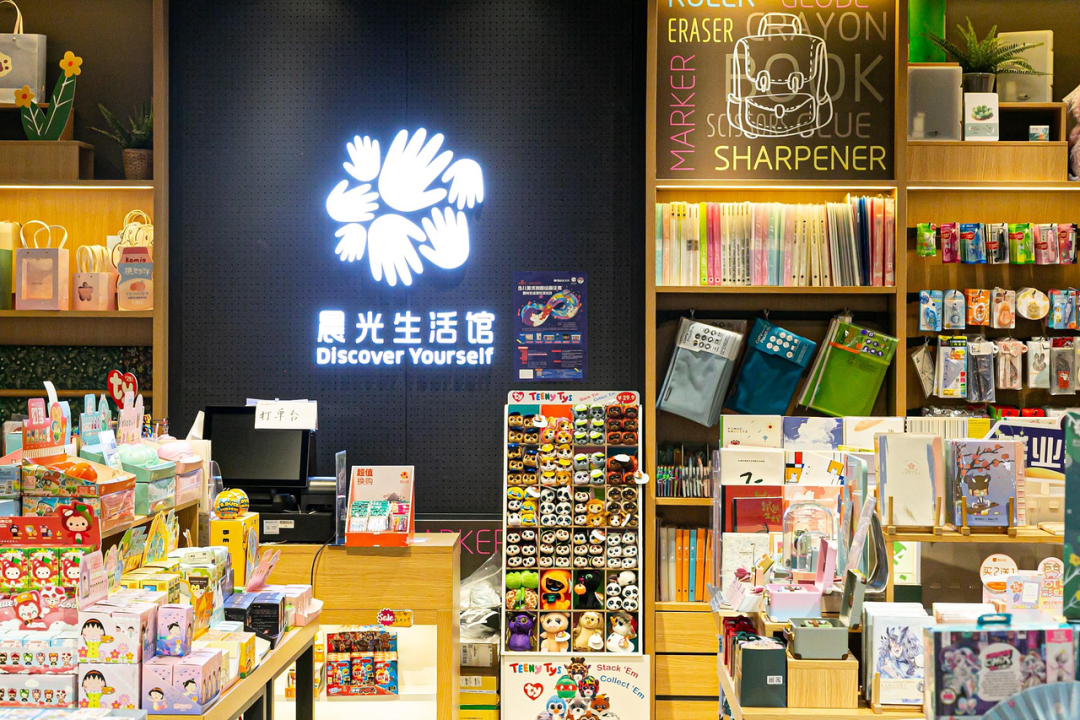 Driven by the actual controller’s holdings, on December 6, Chenguang Stationery rose rapidly after the opening, and once rose by more than 5%.

However, it is not difficult to find that the actual controller Chen’s third sister and brother have already had multiple rounds of operation before.

According to Wind data, when from January to the end of May this year, when the high level of Chenguang stationery’s stock price was sharply shocked, Chen Huwen, Chen Huxiong, and Chen Xueling had repeatedly reduced their holdings. The cumulative reduction of the company was about 9.76 million shares, with a total of 830 million yuan. In addition, Ke Ying Investment and Jiekui Investment also reduced their holdings of 4.387 million shares and 4.331 million shares, respectively, with a cash of about 377 million yuan and 372 million yuan, respectively.

As of December 10, the closing price of Chenguang Stationery was 62.77 yuan, with a market value of 58.235 billion yuan. And this stationery leader covering 80,000 retail terminals and revenue of tens of billions of yuan must also tell new “stories”.

This article was originally created by the AI Finance News Agency of the Finance and Economics Weekly. If it is permitted, please do not reprint any channels or platforms.The violation must be investigated.