Is the air fryer’s cooking is not healthy enough and can it cause cancer?

Is the air fryer’s cooking is not healthy enough and can it cause cancer?

Rumors: The food cooking food is unhealthy, and it may also produce carcinogens.

Truth: In general, the cooking food of air fried pot is even healthier than fried and oven. With less air -frying pots for carbohydrates, it can reduce the production of carcinogens.

As the name implies, the natural “air frying pot” is naturally inseparable from “air”. It makes sense to use “air” to fry food. Let’s understand its working principles together.

The rapid air flow inside the air frying pot transmits heat to all parts and sides of the food at high intensity, and can penetrate a bunch of thick foods.

The radiation part from the heater penetrates into the depths of the food surface in the distant and infrared range. This combination leads to a very high heat transfer rate and can produce a cooking effect that is equivalent to fried.

Simply put, it can be understood as “air” with high temperature “air” as a medium to “explode” 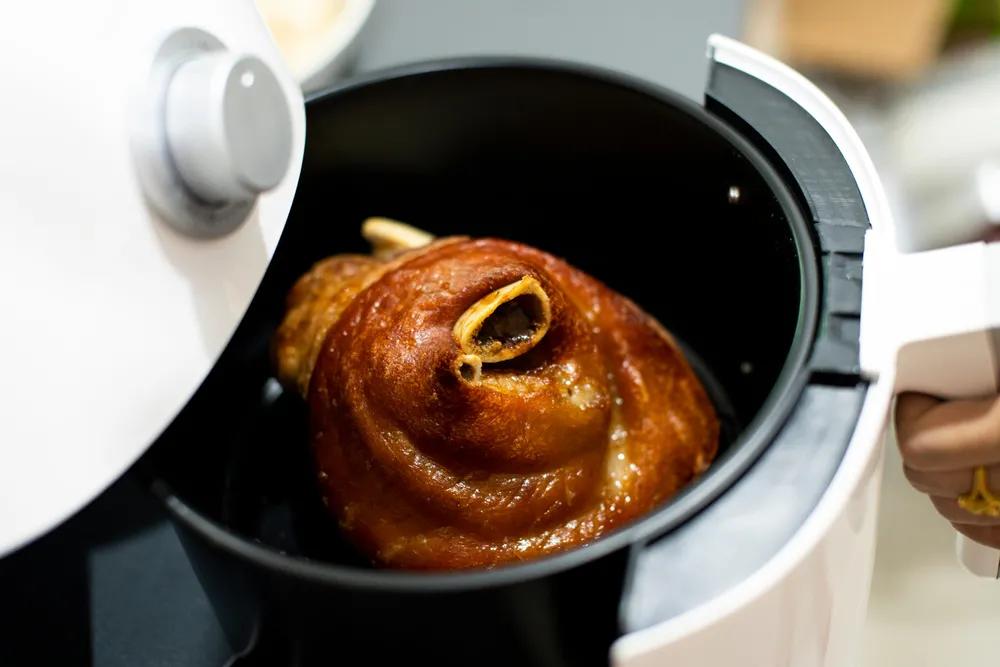 Many friends usually like to eat foods (fried or baked) with “crispy skin”. The crispy and crispy taste makes people “drool” because baking or fried Claim and crispy taste. But while enjoying deliciousness, many friends will also worry about taking too much calories and fats. For example, the oil absorption rate of fried fish is 13%, and the oil absorption rate of fried bread is as high as 80%.

The emergence of air frying not only meets people’s desire to enjoy food, but also achieves it.

Essence Because you can achieve the same taste when you use air -frying pot to make foods with high fat content.

From this point of view, it is still healthy to replace fried foods with air fried pots occasionally. However, there are rumors that foods made of air frying pots can cause cancer because acrylamide is produced, and acrylamide is a carcinogen. So, is it really carcinogenic with air fryer?

When it comes to acrylamide, there is actually no need to be so afraid of it. Acrylamide, as a carcinogenic carcinogen, has confirmed that it will cause animal cancer, but the evidence of carcinogenic carcinogenic is limited. Moreover, it is not only occurring acrylamide when using an air fryer. When we usually cook foods rich in carbohydrates, this substance will be produced as long as the cooking temperature is greater than 120 degrees. For example, potato chips, bread, cakes, fritters and other foods. The higher the temperature, the longer the time, and the less moisture, the more acrylamide produced.

Therefore, for friends who like to eat fried food, air frying is really a better choice. If you want to reduce the intake of acrylamide, then bake less starch

This article is produced by the “Scientific Rumor Platform” (ID: science_facts). Please indicate the source for reprinting.