Which one do you prefer?

Chinese clothing has different styles due to different periods and regions. Clothing also reflects the aesthetics of Chinese people during different historical periods. Today, I will take stock of the fashion women’s clothing shows of various dynasties in China. 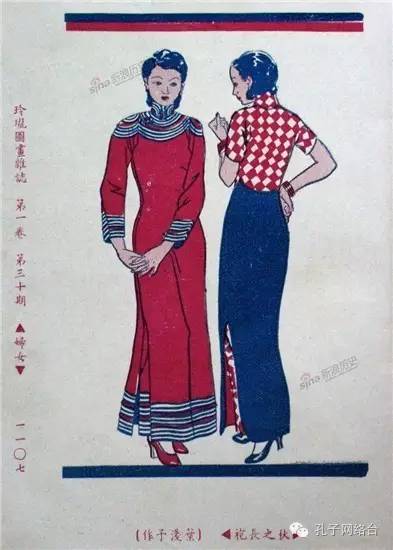 The Han Dynasty’s deep clothes can be divided into two types: straight and curved according to the clothing. After the deep clothes of Qu Yan, the placket is connected, and the placket after lengthened forms a triangle. After passing the back to the front placket, the waist is tied to a large belt, which can cover the end of the triangular pupa. Not only can men wear in the Han Dynasty, but also the most common clothing in women’s clothes. The woman’s deep clothing, long and long -sized ground, the placket rotes down. The hem generally has a horn, and it seems to have a different kind of charm today. 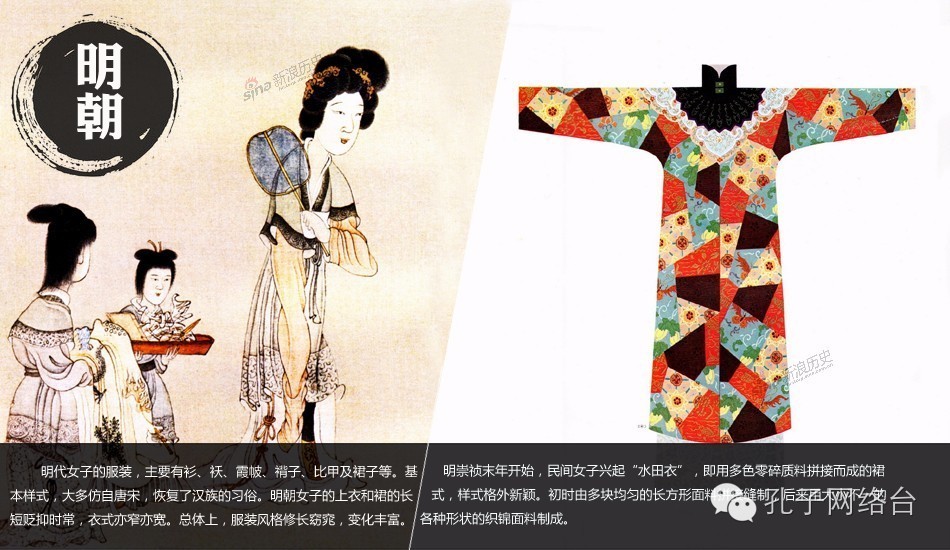 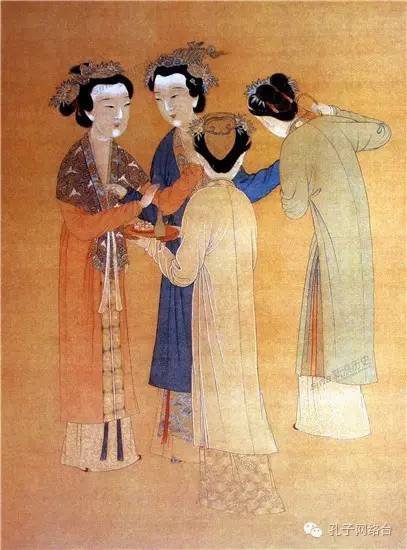 Wei and Jin clothing is getting wider and wider. During the Wei and Jin dynasties, women’s clothing style was “upper and lower rich”, with a short jacket and a wide lower skirt. Wear up shirts, jackets, 下, and skirts on the lower body. For example, the Jin Dynasty Fu Xuan’s “Yan Ge Xing” said, “Bai Su is the lower skirt, and the moonlight is upper.” During this period, the woman was dressed in the cuffs and the cuffs was hypertrophic, her skirt was a multi -fold skirt, the skirt was long, the hem was loose, and she was handsome and handsome. Gu Kaizhi’s “Female History” and “Luo Shen Fu Tu” are reflecting this style.

The most interesting women in the Sui and Tang dynasties were dressed in dresses. That is, the short jacket is a long skirt, the skirt waist is tall with a silk, almost under the armpit, and there is a “half -arm” spread from the court. Waist, use small bands as chest. Because the neckline is wide, it is frank when wearing. There are also puppets, and the long towel plants made of tulle Luo are even more graceful. From the beginning of the Tang Dynasty, the flowers were generally used in craftsmanship. Its composition is lively and free, sparsely dense, plump and round. Especially after the wave -like continuous pattern is combined with flowers and plants, it is the tangled pattern prevailing in the Tang Dynasty. 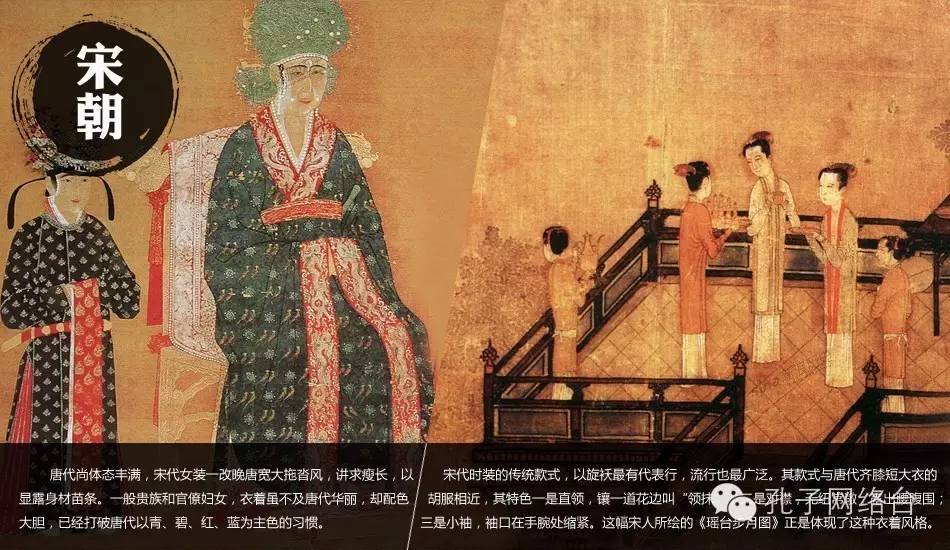 The picture shows the murals of the Song Tomb of Baisha, Henan

The Tang Dynasty was full. The women’s clothing in the Song Dynasty changed the wind of the Tang Dynasty in the evening, and it was thin and long, in order to show slim figures. Generally, nobles and bureaucratic women, although not as gorgeous in the Tang Dynasty, but bold color, have broken the Tang Dynasty with green, blue, red, and blue as the main color. habit. The traditional style of fashion in the Song Dynasty is the most representative with a rotary jacket and the most popular. Its style is similar to the Hu suit of the Tang Dynasty Qi -knee short coat. Its characteristic is a straight collar, and a lace is called “collar wipe”; the second is the pair of plackets, no new openness, revealing the waist and abdomen; the third is small sleeves, and the cuffs are tightened on the wrist. Moon Chart “is exactly this style of dressed. 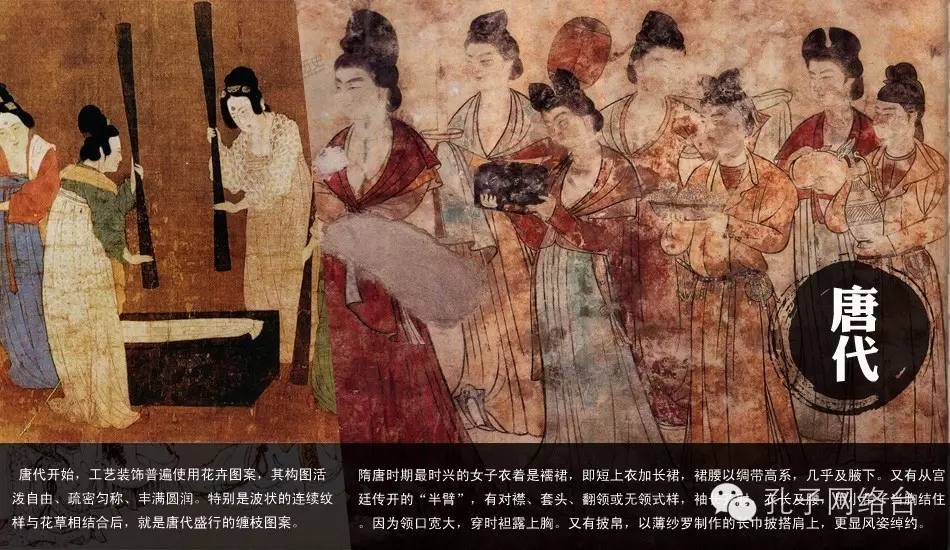 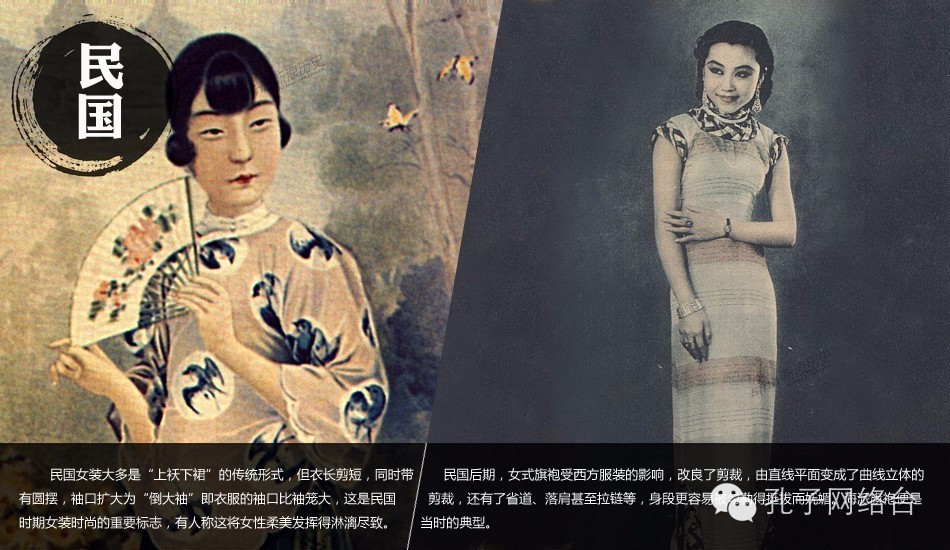 The costumes of Mongolian women and Han women in the Yuan Dynasty are very different. Mongolian women’s clothing is a large robe, which is not much different from men’s costumes. This is closely related to the cold climate and the temperature difference between morning and evening. In addition, Mongolian noble women are very popular with crown caps. The clothes of women in the Yuan Dynasty were generally similar to Song and did not change much. The northern shirts and the coats in the south are all long clothes, usually worn by adult women. Outside long clothes, often add a half -arm, a half -sleeve top, and some add shawls. 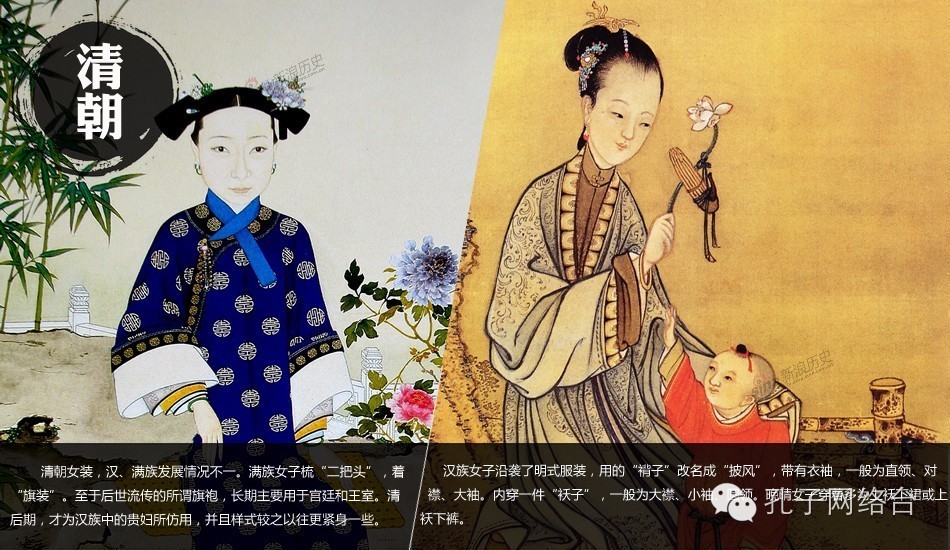 The main costumes of women in the Ming Dynasty are: shirts, jackets, Xiayu, mules, bijia skirts, etc. Most of the basic styles are imitated from the Tang and Song dynasties, restoring the customs of the Han nationality. The length of the women’s jackets and skirts of the Ming Dynasty is diverted, and the clothes are narrow and wide. In general, the costume style is slender and rich. Beginning in the end of the Ming Chongzhen, folk women emerged with “water field clothes”, which was spliced ​​with multi -color fragmented materials. At the beginning, it was stitched by multiple uniform rectangular fabrics, and later made of brocade fabrics of various shapes of different sizes. 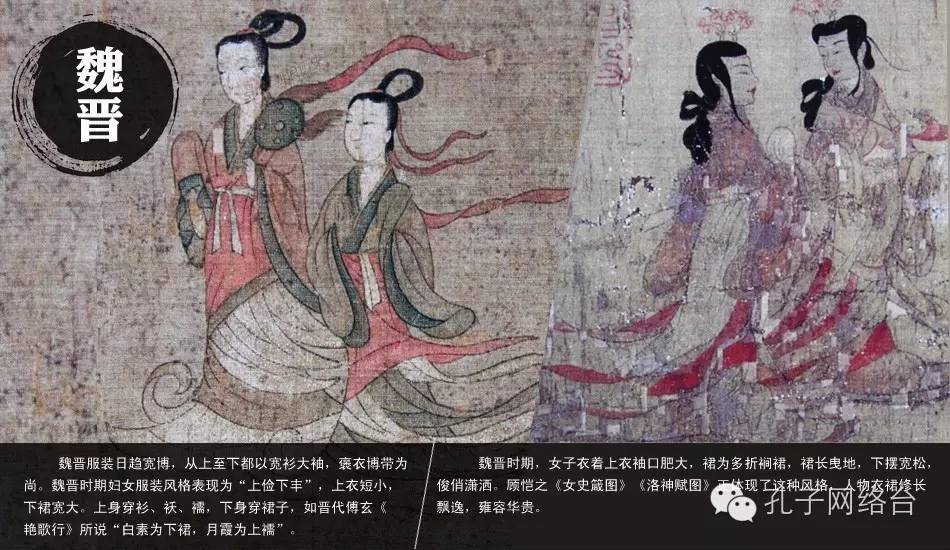 The women’s clothing of the Qing Dynasty, the development of the Han and Manchus was different. Satisfy the “two heads” and “flag outfit”. As for the so -called cheongsam circulating in later generations, it has long been mainly used in the court and the royal family. In the late Qing Dynasty, it was used by the lady in the Han nationality, and the style was tighter than before. The Han women followed the Ming Dynasty’s clothing, and they were renamed “Cloak” with the mules, with sleeves, generally straight collar, pair of plackets, big sleeves. Wearing a piece of coat, usually a big placket, a small sleeve and a round neck. In the late Qing Dynasty, women wearing most of them were upper and lower skirts or upper jackets.

Cheongsam of the Republic of China

Most of the women’s clothing in the Republic of China is the traditional form of “upper and lower skirts”, but the clothes are short and have a round spread. At the same time, the cuffs are enlarged into “inverted sleeves”, that is, the cuffs of the clothes are larger than the sleeve cage. This is the women’s fashion of the Republic of China. The important sign, some people say that this will make the women’s softness vividly. In the later period of the Republic of China, the ladies cheongsam was influenced by Western clothing. It improved the tailoring and changed from a straight plane to a three -dimensional tailoring of curves. There were provincial highways, shoulders, and even zippers. Haipai cheongsam was a typical example at the time.