Microsoft is obviously developing a new Surface Pro X, which has been upgraded in the ARM architecture internal chipset and runs Windows 11.

This may be just a placeholder, because the Snapdragon SQ2 was previously used for the previous Surface Pro X model. According to the same list, Surface Pro X will have 16GB of memory, which has obtained certification of the following countries. The United States, Switzerland, Taiwan, Japan and Canada. 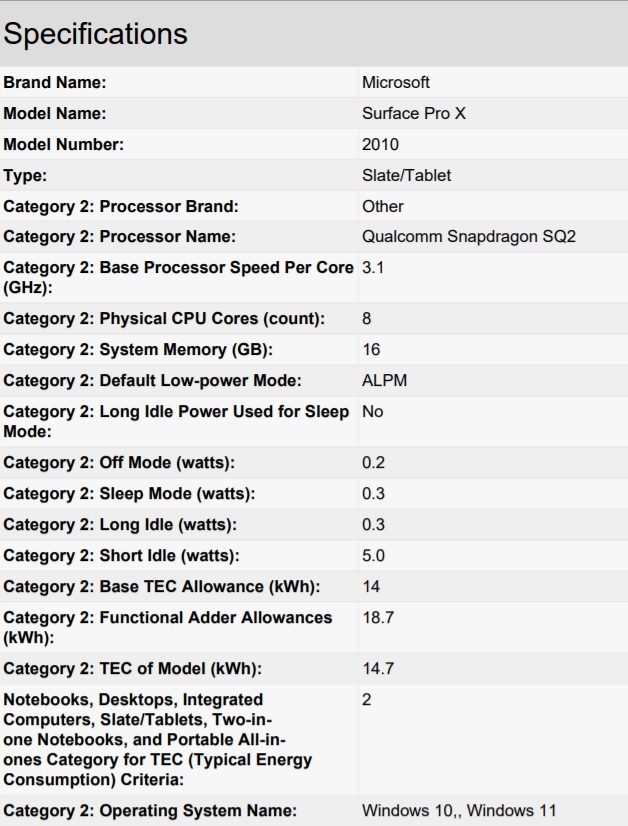 Earlier this month, a Surface product with the same model (2010) also passed FCC certification. It was previously reported that the technology giant is testing a new 120Hz display for the Surface Pro series, but it is unclear whether it will use the same display in the update of the Surface Pro X. The fact that the certification documents will soon appear show that Surface Pro X will be announced in the company’s September 22 event.

The new generation of Windows11 ON ARM PC should appear with the new Surface Pro 8, Surface GO 3, Surface Duo 2, and other products.

Surface Pro 8 is expected to be equipped with the 11th -generation Intel processor, which can replace the solid -state hard disk, support Thunderbolt, and a new 13 -inch display with a refresh rate of 120Hz, the frame is slightly thinner. This will be the first Surface Pro device to support Thunderbolt and 120Hz display. 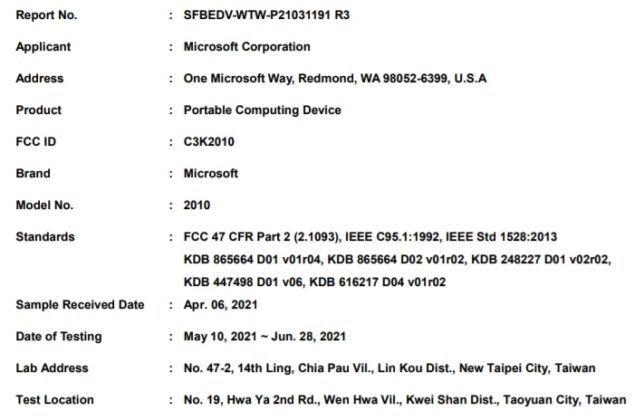 These new Surface products are expected to be sold in the US holiday season.