One machine is in hand, folds are not worried-Weimar G-665 multifunctional steam hanging hot machine

After throwing it, I always felt that I was missing an electric iron. It was ugly that some clothes were wrinkled. I have been paying attention to some hanging hot machine products. I always feel that all kinds of “worth”. Those who are mixed at the mixed value station know that it is very shameless to start a thing …

If you open the box (dismantling the courier), you will not put it. Go directly to the packaging. I said a lot of nonsense before, so I talk less here. Dear officials to appreciate the pictures by themselves.

The last picture above is actually a “packaging list”. Let’s take a look at the actual stuff in it …

Yo, more than the box! That’s right, there is an additional pair of brushes with the packaging. After my own comparison, the quality is the same except for the slightly different printing, which is the so -called “original genuine” or “original attachment”. It is really! 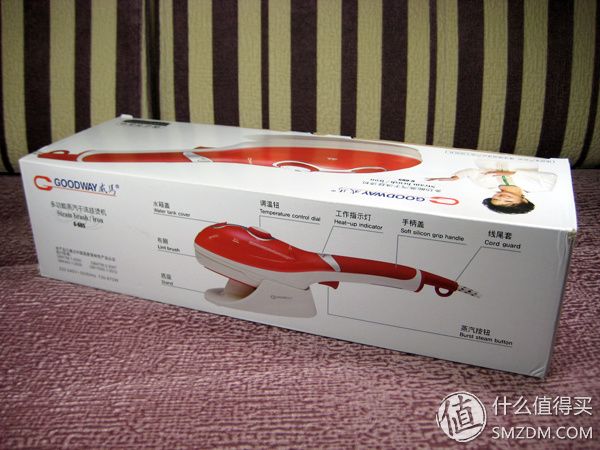 Oh yes, a cloth bag under the manual, a small amount of cup on it.

Next, let’s pay attention to the host first. Red is an unexpected “random color”, which is pretty good. The power cord is very thick, and a layer of fabric is bread outside, which is a bit like the previous electric kettle line.

The camera is a little closer, there are wood and whales?

It was originally a place where whale spraying water, and it became a temperature -regulating knob. How is this warm knob used? Don’t worry, the video is served.

As mentioned earlier, buy one gift two randomly (it seems that you can’t use “buy”), there are 4 brushes, then this small white mechanism is used to lock the brush. The red button on the side of the handle is used to press the steam. 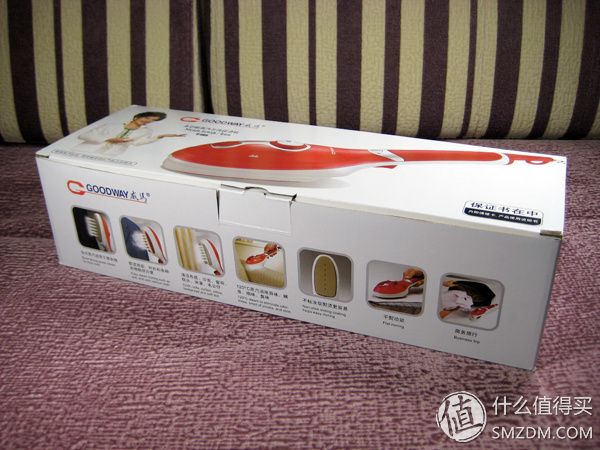 Then see the tail, the design that can be hung (is this one of the essence of the hot machine?).

Since you can hang it, you can hang it up by the way, 655 grams. In fact, I have poured some water before, and it is estimated that in the first 600 grams of water. Try it for two or three hours, and did not feel “heavy”.

Then there is a very good stuff in the attachment. The one I threw away has no base

Essence Let’s take a look at the appearance of fit ~

How about a close -up to LOGO?

Then look at a recent photo of a brush. The red one is a cloth brush, the gray is a bristles, and the small toothbrush is used to clean up the above two large brushes.

The opposite structure of the brush is the same. There is a silicone in the middle that is directly exposed to the ironing board, probably to prevent the water vapor from leak.

The front of the brush is put on the ironing board, and then a small hook is inserted into a small groove in the rear, and it locks it gently as soon as possible.

The brush came one, and the whale instantly became a shark again!

Then you are ready to start the actual combat, first of all, you have to pour some water.

I have to praise the design of the water tank here. The original one I used was that the irrigation was leaked in the handle, and the handle was separated from the body before irrigation, and then you knew that the connected place leaked. The design of Wima G-665 is much better. The water tank is directly designed to be integrated, and the opening is on the top, so it is not easy to leak water.

Meng Cup Jun played with 120cc water. This measure is also a very good attachment. The water flowing down from the small mouth is very fine. It is just poured into the shark’s belly, and it will basically not waste a drop of water.

After installing the water, you can see the horizontal plane carefully, it seems a bit more than the “full water” line.

Cover with the water tank cover, plug in, start work. The power indicator light is on the normal working process for a while, and it is well understood: heating when it is on, and the darkness is in the preservation.

Let’s try water vapor first? This is not easy to take pictures, let’s go on the video ~

Forget it, the text explanation plus comparison photos.

First of all, a cotton POLO shirt is the main concentrated neckline of the original folds. The picture is circled in the picture (is it a bit redundant?).

Then there is a trench coat with the same cotton but coating. The folds are mainly the hem. The effect is not obvious, right?

Then there is a casual suit, the folds are concentrated in the sleeve part (cotton). The effect is obviously wooden?

Look at a scarf again, it seems that it is sticky. There is no suspense as soon as it is hot.

Then … it seems that there is no more, the sofa, curtains are very flat, and the iron can not be ironed. What? You ask me why I have no hot videos? Tell you the truth, I tried to hang clothes and scalded it. Didn’t you see the MM selling clothes in the mall, do you hold a hot machine with a hot machine?

Next, it is the old rules, summarize the advantages and disadvantages.

Let’s talk about the disadvantages first … Looking back at it, it seems that there are no special disadvantages. If you have to be fascinated, the manual does not give a very clear explanation about the temperature adjustment of different fabrics. I am all ironed in the “wool” gear anyway. Then it may be that the price is slightly more expensive compared with the one I thrown away.

Besides, the advantages are too much compared to the one I thrown away. The first is a large -scale ironing board, which is almost the same as the traditional iron. It can also be used as ordinary iron when it is not steaming. In terms of water vapor, as long as it is continuously electric, it can always be smooth. The water droplets will also drop from the steam holes; in terms of attachments, the base and cup are very good, and the double -portal brush is impeccable. In addition, the overall workmanship includes all attachments to be quite satisfactory. LP test it and then feel that it has no shortcomings.

Finally, a reality show was attached -someone pretended to be ironing a scarf. In fact, I have been ironing long ago!