Xi Zhilang, who has already “lying down”, can I still win? (Xi Zhilang)

For a long time, Xi Zhilang is almost equivalent to jelly.

Those teenagers who loved jelly grew up, but this old name Xilang did not grow up with everyone. “It” is still the teenager, and no trace of change … 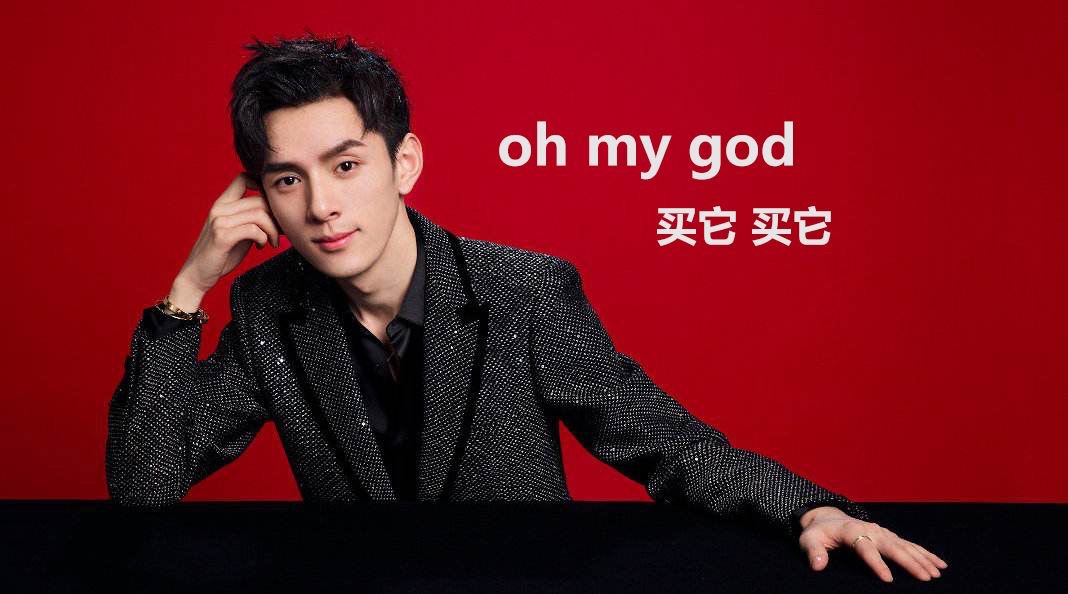 On the shelves of the supermarket, the grid of the candy is still the same packaging, or the same taste.

Not long ago, I finally took Li Jiaqi’s live expressway, but was classified as “nostalgic snacks” without exception. Corresponding to it, some jelly brands have begun to take “0 sugar 0 fat 0 calories” and “beauty”. The road of health and nourishing function is a little bit of nestling in the market.

Today, the brand brother came to talk about this “lying” Xizhi Lang. In 1987, China’s jelly products were extremely popular as soon as it was launched. Since 1990, jelly manufacturers from various places have blossomed. 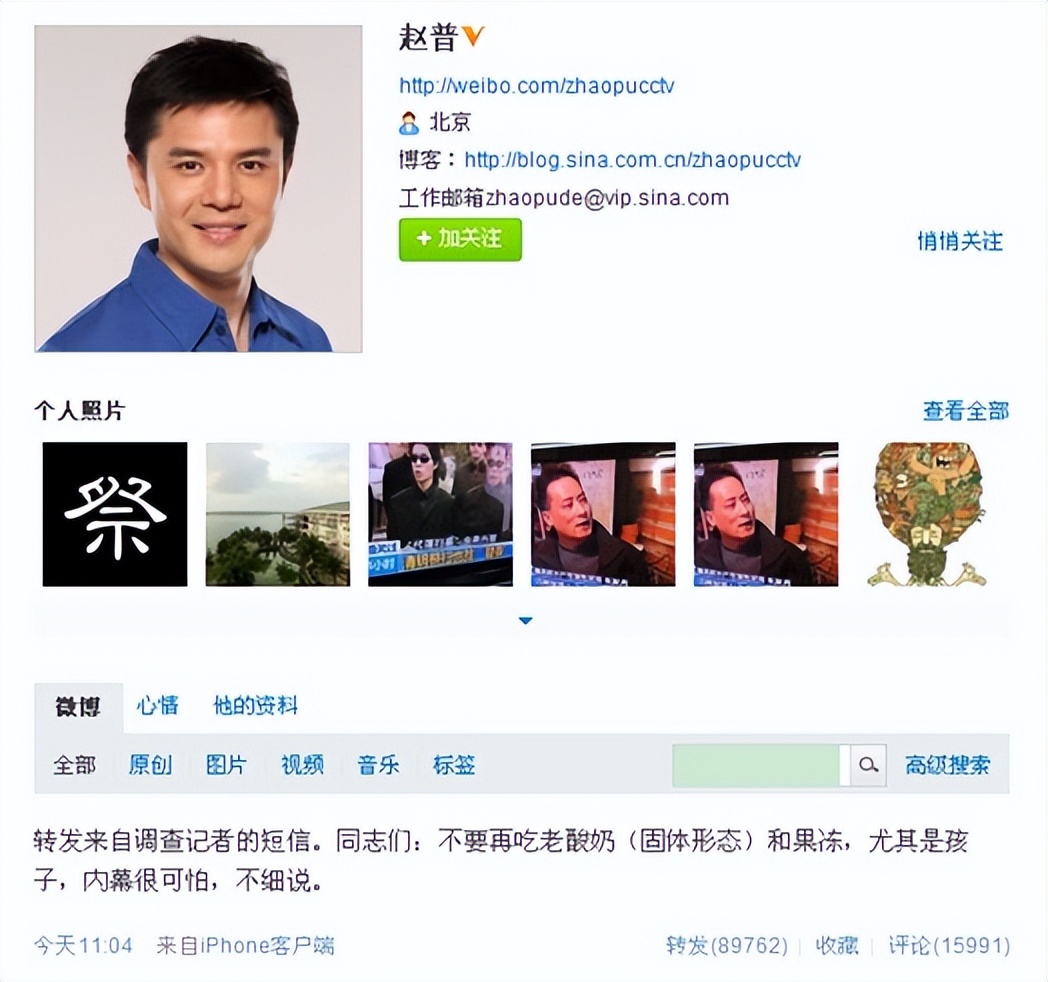 Li Yongjun, who studied food engineering, was aware of the huge potential of the jelly market. He resigned from his position and raised 400,000 yuan in funds. He entered the jelly industry in the budding state with his brother Li Yongliang and Li Yongkui.

But the establishment of Xi Zhilang has been 8 years later than the entire industry.

At that time, the concept of the jelly industry as an industry was not recognized by consumers, and it was insignificant than the traditional food industry such as beverages and dairy products.

Coupled with the characteristics of low technical content and low entry thresholds, there are always many competitors in this industry.

By 1996, the family jelly workshop blossomed everywhere. There were more than 100 production lines in a small place called Xiyuan in Jieyang City, Guangdong, and the competition was increasingly fierce.

At this time, Xilang is still a little -known local brand.

In response to the re -evaluation of the status quo and ability of the jelly industry, Li Yongjun, the founder of Xi Zhilang, realized: “We are not selling products, but brands! Awareness can not become the real first brand. Consumers can only agree with your brand. It is advisable to have a good opinion and loyalty to the brand. “

To this end, he proposed: “Xilang is a national popular brand”, and first transformed from the concept, converting sales products into a sales brand.

Since 1996, Li Yongjun took the lead in launching huge advertisements on CCTV, and continuously strengthened the concept of “Jelly Pudding Xilang”.

It not only promotes and cultivates the jelly industry, but also artificially builds one -to -one association between the brand and the industry. When people mention the jelly pudding, they think of Xi Zhiro. Similar brands have set up difficult market barriers.

After 1998, Xizhi Lang gradually monopolized the Chinese jelly market. During its peak period, it had 70%of the market share.

Even in 2001, sales were 1.5 billion yuan, and the market share was as high as 83%, leading 80%over the second brand, and the throne in the world’s largest jelly production enterprise.

Since then, Xi Zhilang has grown into an absolute leader in the jelly market.

In 2004, Xi Zhilang, who has been deeply cultivating the leisure food industry for many years, has accurately found the development trend of casual food through thorough research on the food market: natural health.

As a kind of marine natural food, its green and pollution -free characteristics and high -protein, high -vitamin, and high -ore material content are exactly in line with the standards of healthy foods. Seaweed processing foods contain huge market space.

With strong capital accumulation and mature seaweed processing technology at home and abroad, Xi Zhilang quickly introduced the world’s most advanced production line. The products were quickly listed and popular, and it was well received by consumers.

The design of this brand is closely combined with the green and natural selling points of seaweed foods, organically integrating the brand name with product interest points. Enjoy feeling.

With the birth and development of “good times”, the domestic seaweed market, which has been developing slowly, has shown explosive growth. Many brands and flavors of seaweed products have poured into the market. Entering the era of fierce competition.

“Beautiful time” is not only the brand of Hito Moss products of Xizhiro Group, but also becoming synonymous with the seaweed industry.

The milk tea industry is another new field that Xizhiro will be involved in after the seaweed.

In 2007, when the domestic milk tea market was in full swing, Xizhi Lang joined the competition as a latecomer.

For this market, Xi Zhilang did not blindly intervene, but instead carried out meticulous thinking and design of brand promotion under the premise of ensuring the quality of the product. 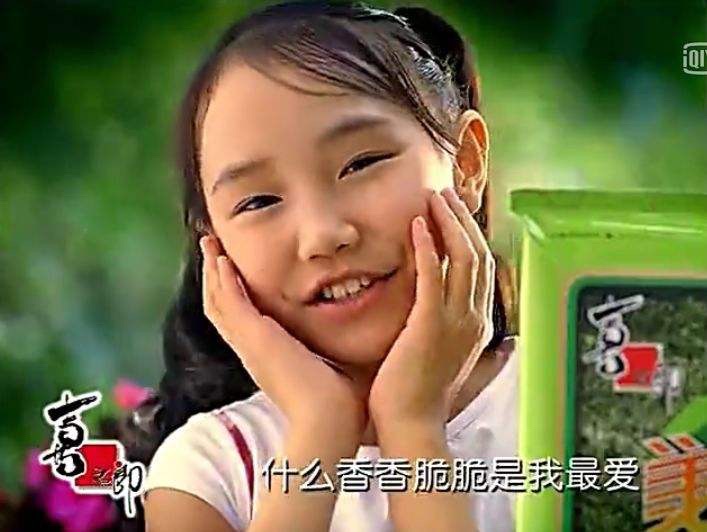 Inheritance with the brand thinking of “Good Time” Hainan Moss, Xi Zhilang positions its milk tea products as young consumer groups and names “Youlemei”, which is intended to highlight the pursuit of excellent, happy and beautiful nature.

In promotion, the marketing strategy is adopted to build momentum on the Internet.

Later, he carefully chose the popular king Jay Chou as the brand spokesperson. With Jay Chou’s position in the minds of young boys and girls, Youlemei was enthusiastically sought after by consumers, selling the products, and later, successfully realized the strategy of overtaking in the curve.

Throughout the development of the Xizhiro brand, the healthy, happy, and beautiful brand image conveyed by the Xilang brand is on the love of crystal, CICI, or in beautiful time, Youlemei, happy time and orchard fragrance. There is a clear expression.

This not only ensures the relative independence of each brand, but also the integrity and continuity of the corporate image of Xizhiro, but also coincides with the “different” values ​​of Chinese traditional philosophy.

While step -by -step success, the jelly, which once main business, is gradually being marginalized, and Xizhiro Jelly inevitably becomes nostalgic food after 80/90.

The update of Xizhiro Jelly products seems to have disappeared, and there may be new products that are constantly developing, improving, and launching the market, but it is not worth remembering in the company’s “big events”.

At the same time, with the rapid development of the jelly industry, some bad businesses in the industry are in order to chase profits, disregard social morality, touch fish with muddy water, and produce high quality products.

The unqualified products of some small enterprises have seriously endangered the health of consumers. The entire industry has been severely damaged by the 2012 “poisoning bright glue” incident without exception.

The fuse of this incident was the host of CCTV’s “Evening News” Zhao Pu issued Weibo on the morning of April 9, saying that “the transition from the investigation reporter text message: Do not eat old yogurt (solid form) and jelly, especially children, inside story, inside story It’s terrible, don’t talk about it. “

The “Economic Observation News” investigating reporter Zhu Wenqiang also confirmed Zhao Pu’s claim on Weibo, “Someday you threw double -breaking leather shoes, and in a blink of an eye, you entered your stomach.” 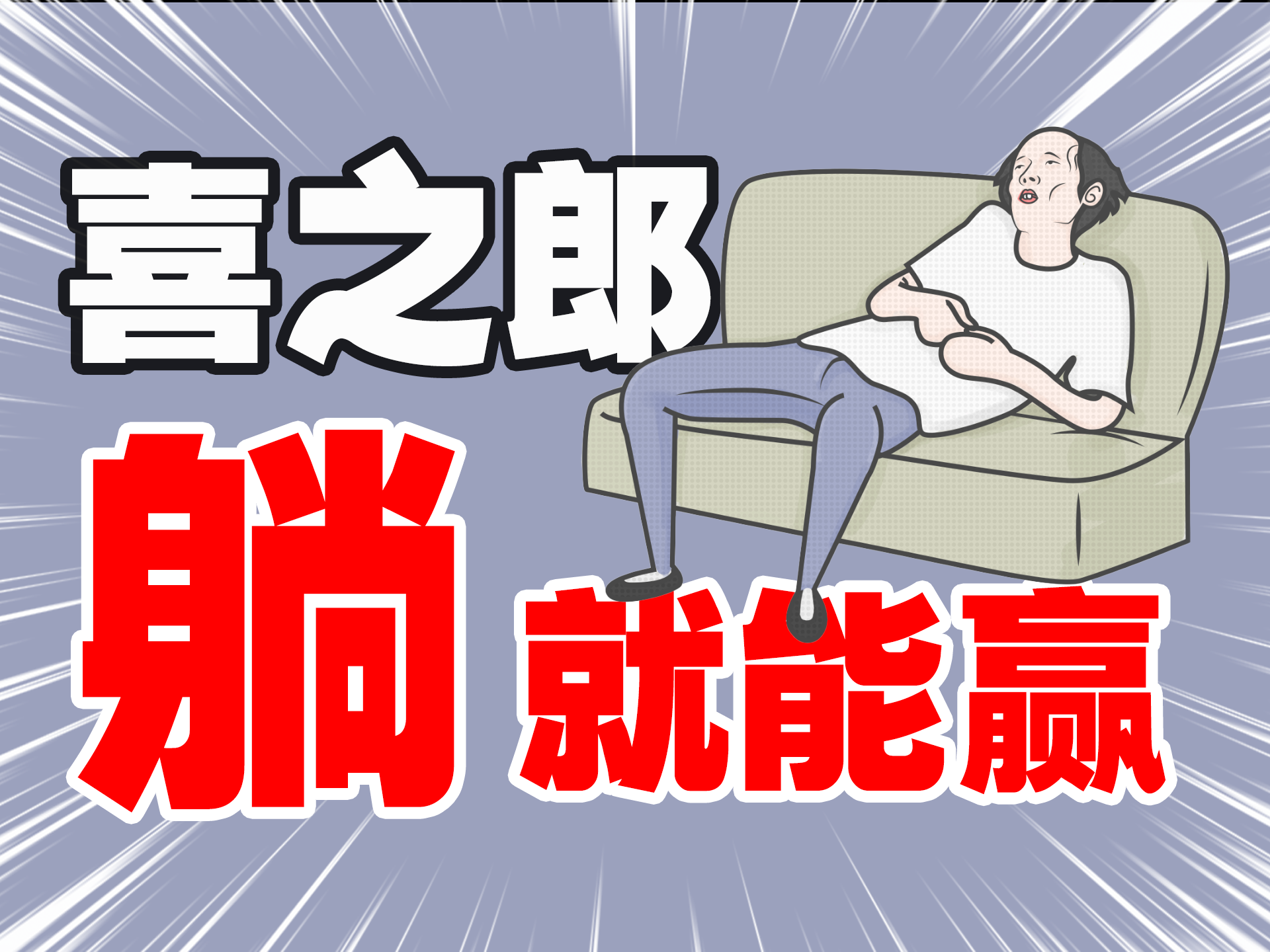 Soon after, the two deleted related Weibo, but Glipper and food safety became a hot spot for attention from all walks of life.

The “Poison Plastic Plastic” incident caused a number of jelly companies to remove the products, coupled with the risk of asphyxia that continued to burst, the jelly could not be sold.

Jelly Industry Boss Xi Zhilang also revealed in a previous material for the media that the company’s sales in the second quarter dropped by nearly 50%, and the smaller Jinwa jelly withdrew from the market; kiss jelly was sold by Hengan.

In the second half of 2012, it became the tenth largest shareholder of Shenhua in China for 315 million yuan and advanced into the coal industry. 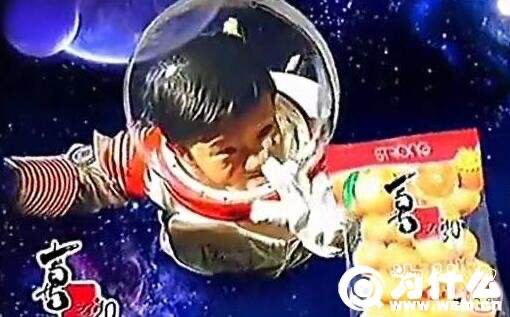 Earlier, Xizhiro Group had only invested in the investment of the top ten shareholders of listed companies, involving computers, steel and other fields.

However, almost all the first three shots withdrew from losses.

In 2017, he also participated in the establishment of Meizhou Merchant Bank. It is the largest headquarters legal person financial institution in Meizhou’s registered capital in Meizhou. Among them, Xizhiro Group holds 19.9%of the shares and is the third largest shareholder.

Someone once summarized the corporate culture such as Xizhi Lang into eagle culture. Eagle culture belongs to a market -oriented company that chase targets and performance.

The atmosphere of such companies is often guided by results. Leaders are like promoters. Value orientation is the market share and market leader. It is often a wonderful victory in management.

When the market goes down, Xi Zhilang is good at looking for goals like an eagle while stabilizing the main business and choosing a new way out. 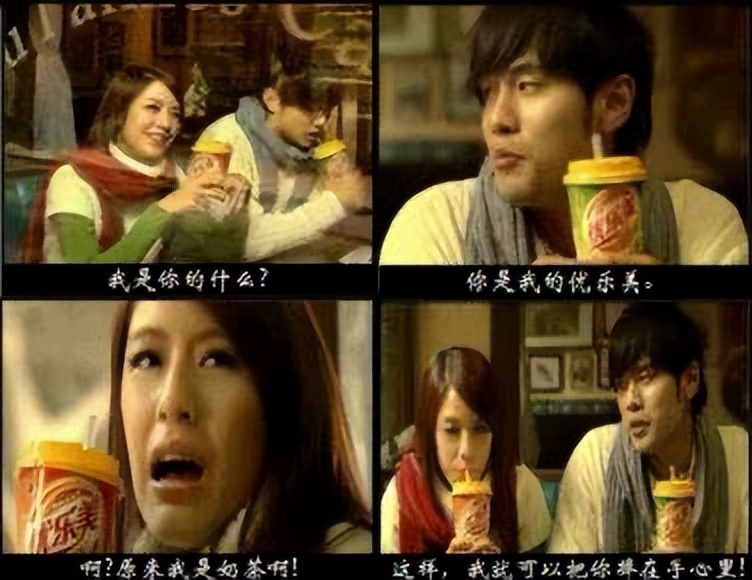 This eagle has become stronger, flying rapidly, and searching for captured prey everywhere. The jelly in the old nest has been dusty for a long time, but still deeply engraved with the seals of feelings. From time to time, we teased us 80/ The teenagers of the 1990s missed their past emotions.

Today, the consumption of Xizhiro Jelly has basically staying in feelings. It mainly comes from the early years, and most of its advertisements are on the warm line.

Some advertising words, even after 80/90, can be memorized. For friends who can blurt out now, please play these in the comment area. 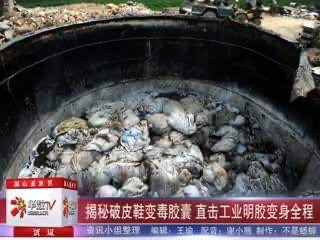 Coupled with Xizhi Lang’s “not thinking” in the main jelly industry, over time, Xi Zhilang has become a nostalgic food.

When I was free, I took the children to visit the supermarket and found that after 00/10, I was completely unpreprey.

The high -end snacks after 80/90 could not see attractiveness from their eyes.

Sure enough, each generation has every generation of childhood memories, and when someone talks about the love of crystal, I don’t know how many people can remember the memories?

Although the reputation of Crystal’s love is not as good as before, a series of products of Xi Zhiro are still one of the deepest childhood memories in my mind in the 80/90s.

However, simply relying on feelings to produce purchasing power, and Xizhi Lang was afraid that one day he would end up like a hammer.

The jelly industry crisis in crisis, the princes are fighting, and the heroes are competing.

Xi Zhilang, who is “lying to win”, lying down and losing his main business, he needs to stand up, run, make prestige, win well!

At least work hard, come to a explosion, and let Xizhiro feel sink to the younger generation.