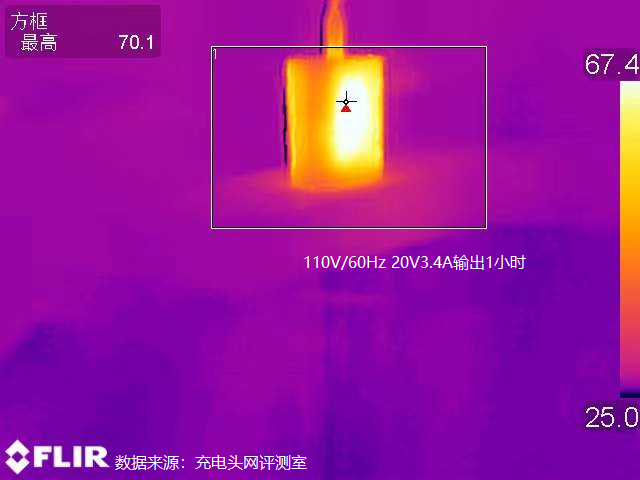 Everyone knows the results of the recent battle of Snapdragon 8 … Moto Leng Buding kills the top spot, and also brings the product that this time is evaluated -68W charger.

This charger is available with the Edge X30, which uses nitride components. The key is that it uses the USB-C interface. With the relationship between Lenovo and USB-IF, this charger is worth looking forward to. test. 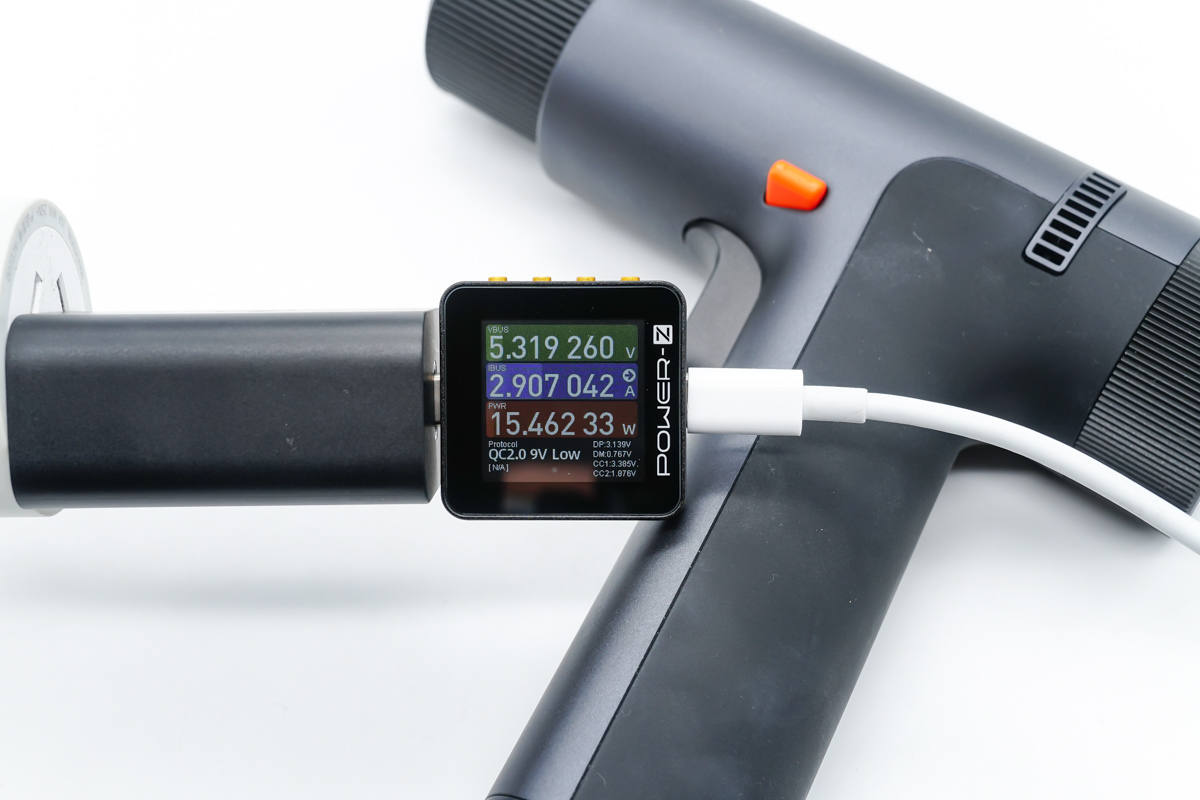 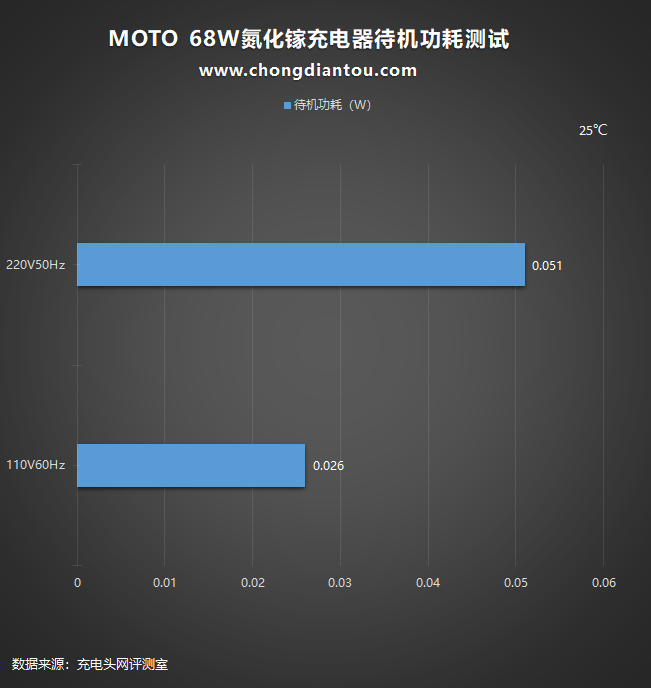 Moto 68W nitride the 68 bright face on the front of the charger. The power of this charger is on the surface. This gear is relatively special, and the following is a detailed channel.

The charger is treated as a whole, and the top single USB-C output interface.

The volume of this charger is good on the side. 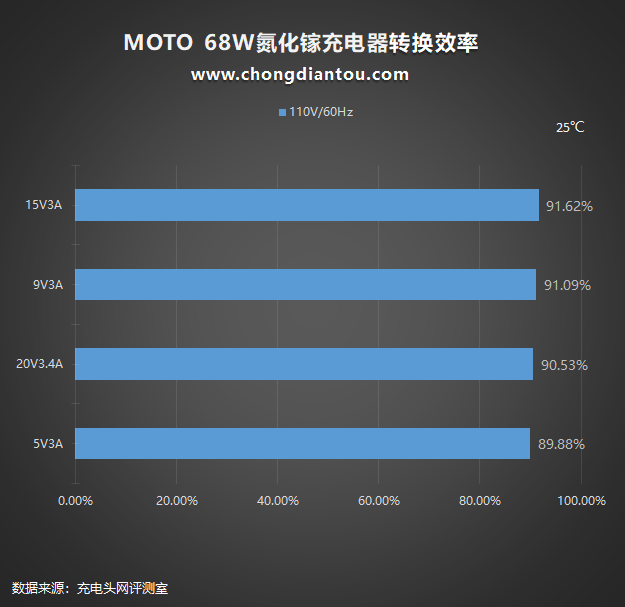 A circle of the USB-C interface was depressed, and the glue tongue was orange-red. 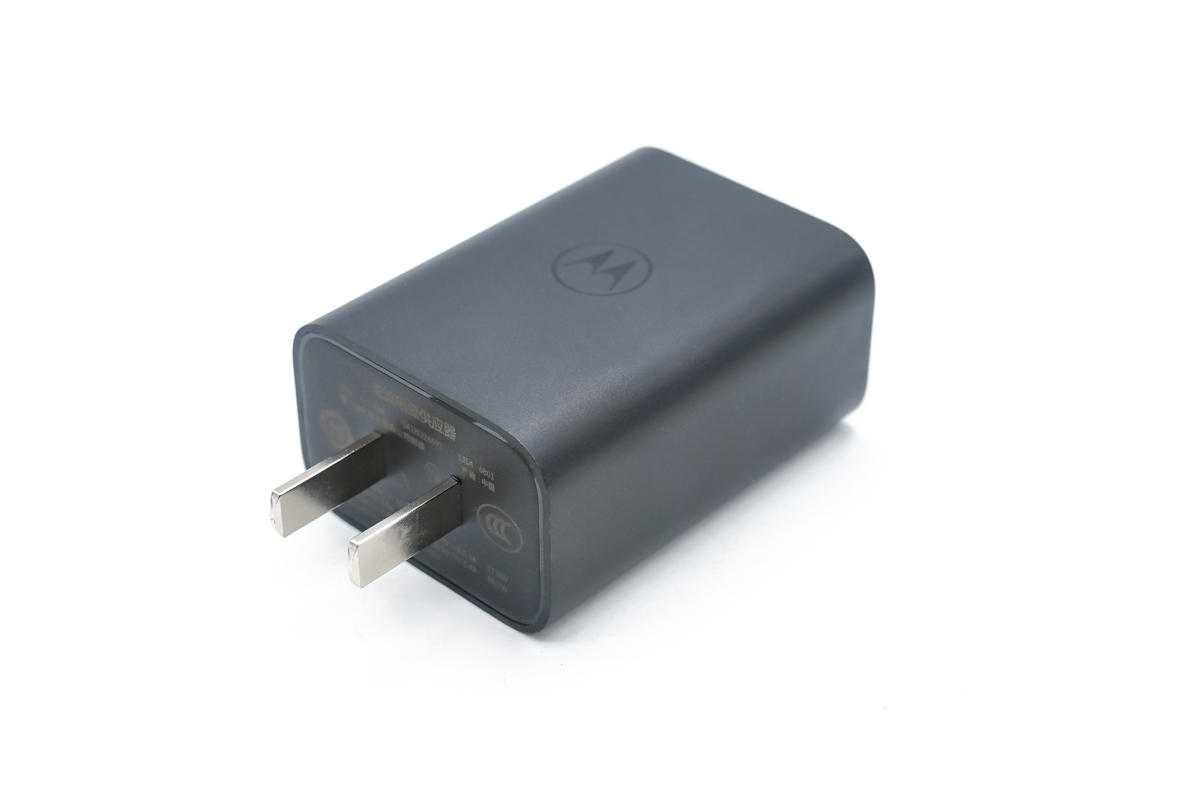 Put your foot for non -folding design, your feet plug.

There is a silk inscription on the bottom with MC-688, which supports wide voltage input. 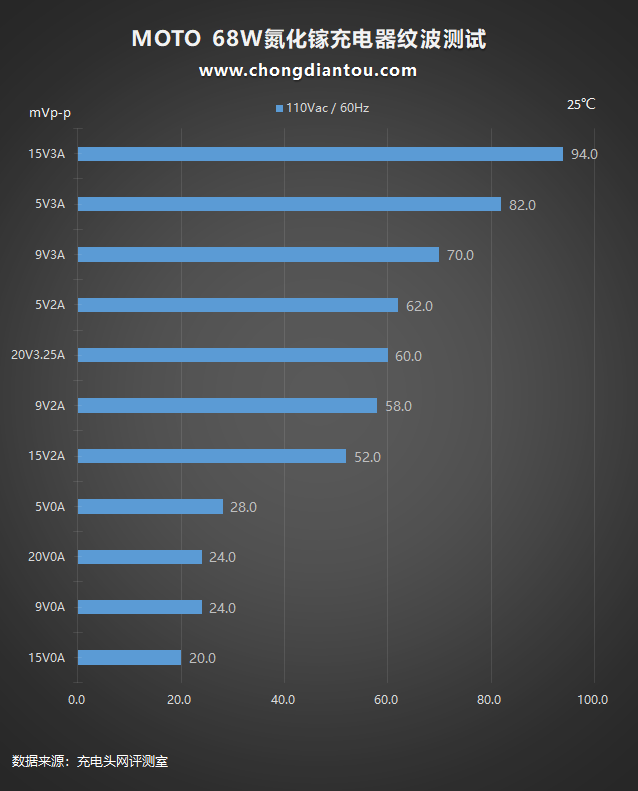 The size of holding in the palm of the hand is really fierce as a charger attached to the mobile phone. 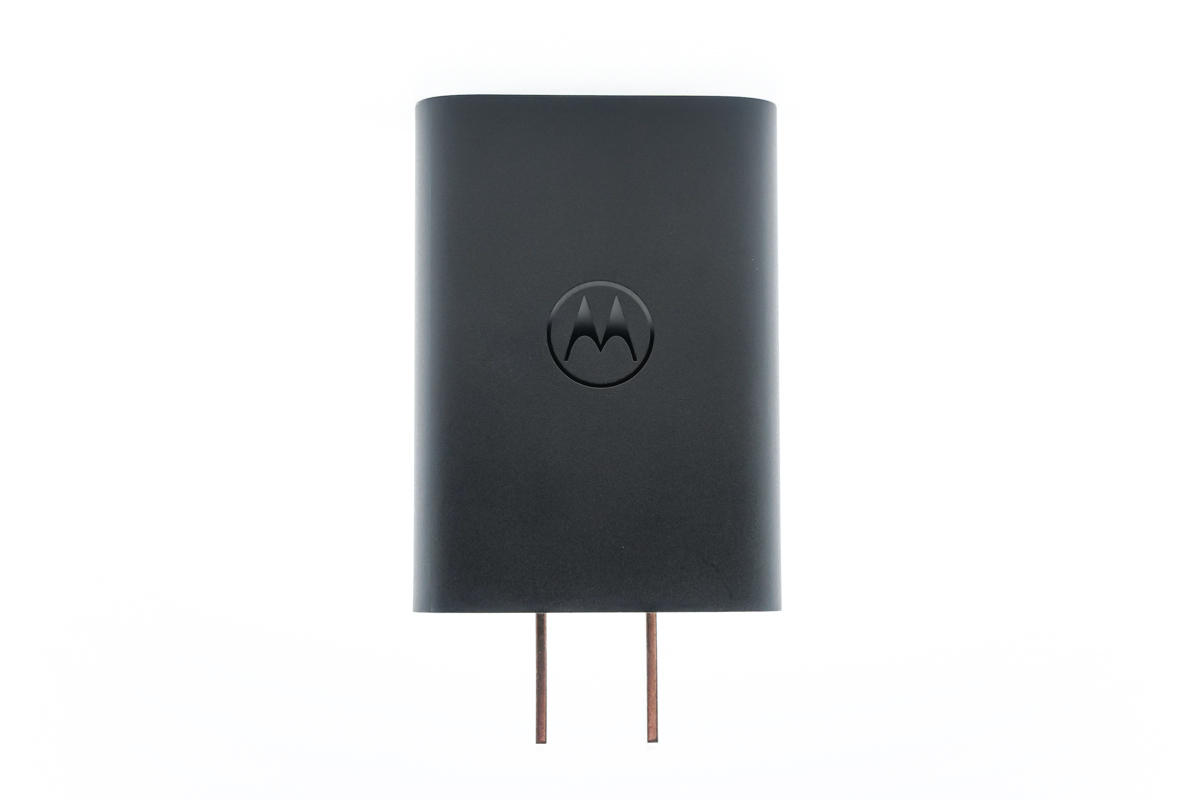 The weight of the charger is about 94.9g. 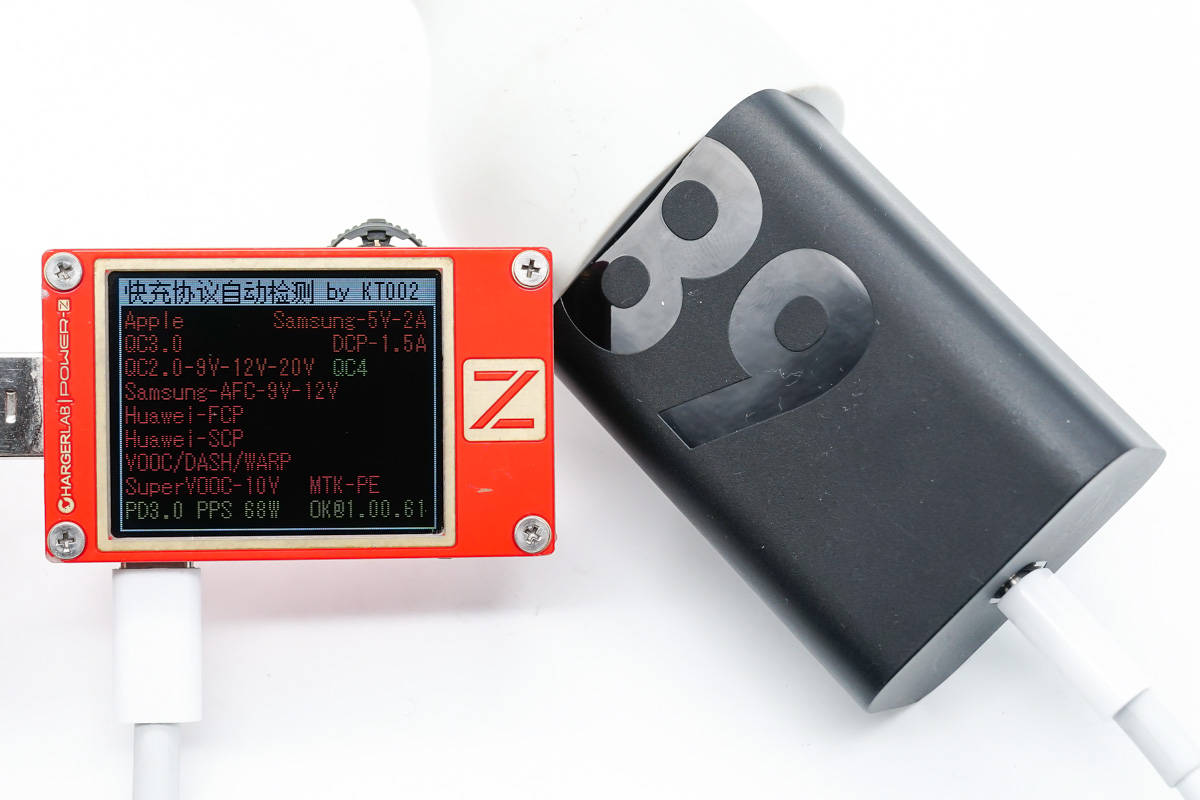 After introducing the appearance size of the MOTO 68W nitrogen nitrogen charger, let’s take a look at the specific experience of this charger. The charging head network will take everyone from the aspects of protocol testing, compatibility test, charging test, and standby power consumption test. 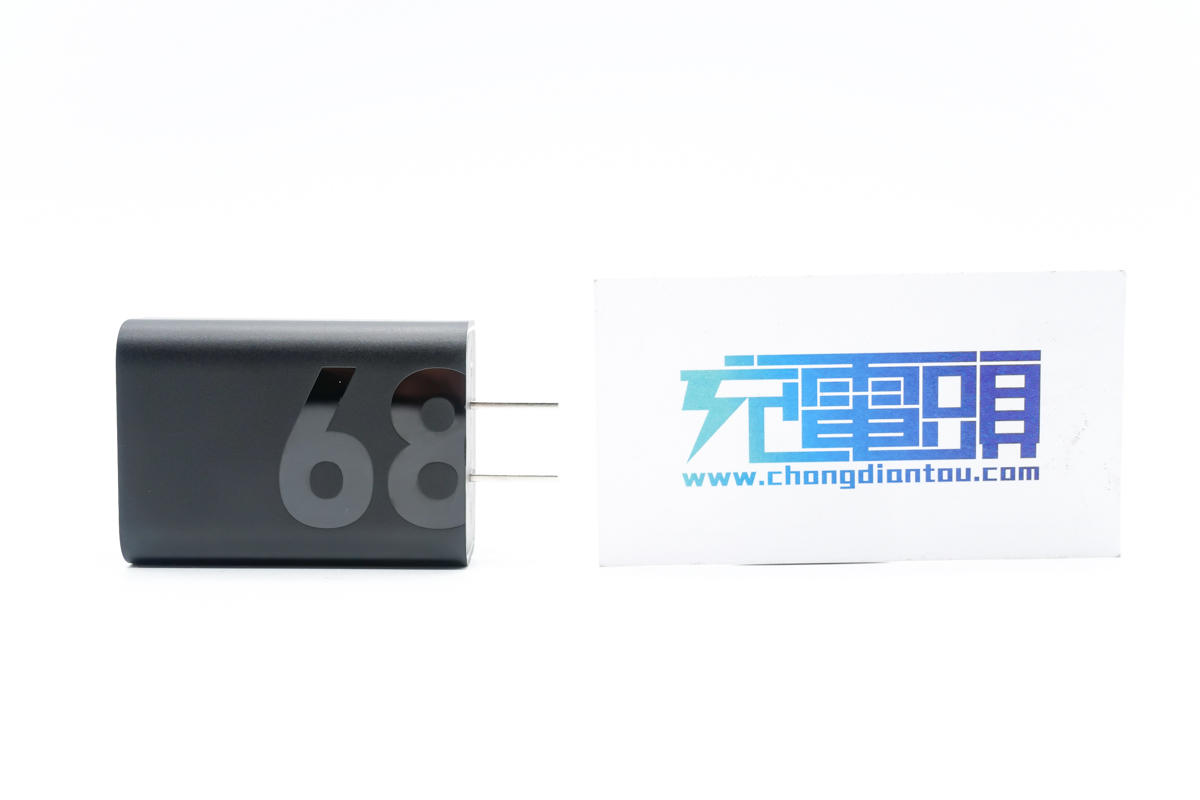 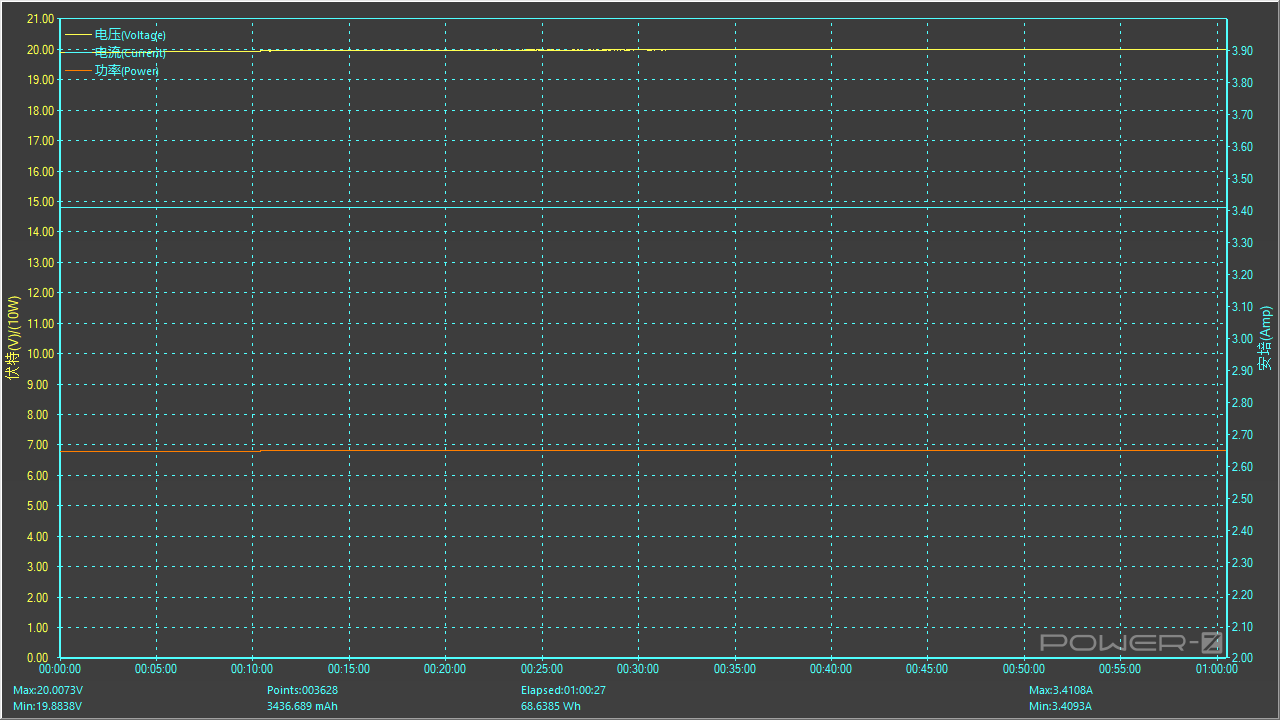 In terms of PDO packets, the four groups of PPS voltage gears of 5V3A, 9V3A, 15V3A, and 20V3.4A and 3.3V-11V5A, 3.3V-20V3.4A voltage gears have better equipment compatibility. It seems that this one The charger is guaranteed by the performance of the notebook.

The compatibility test session can be clearly learned that the charger is charging the charging of each device. The charging head network will use dozens of devices with a charger for testing to present real test data for readers. Power on the Switch TV base, successfully triggers the TV mode with a power of about 4.55W.

The data compatibility of the charger is quite good. Whether it is a mobile phone or a notebook, it can be used as long as the PD protocol compatibility is better. 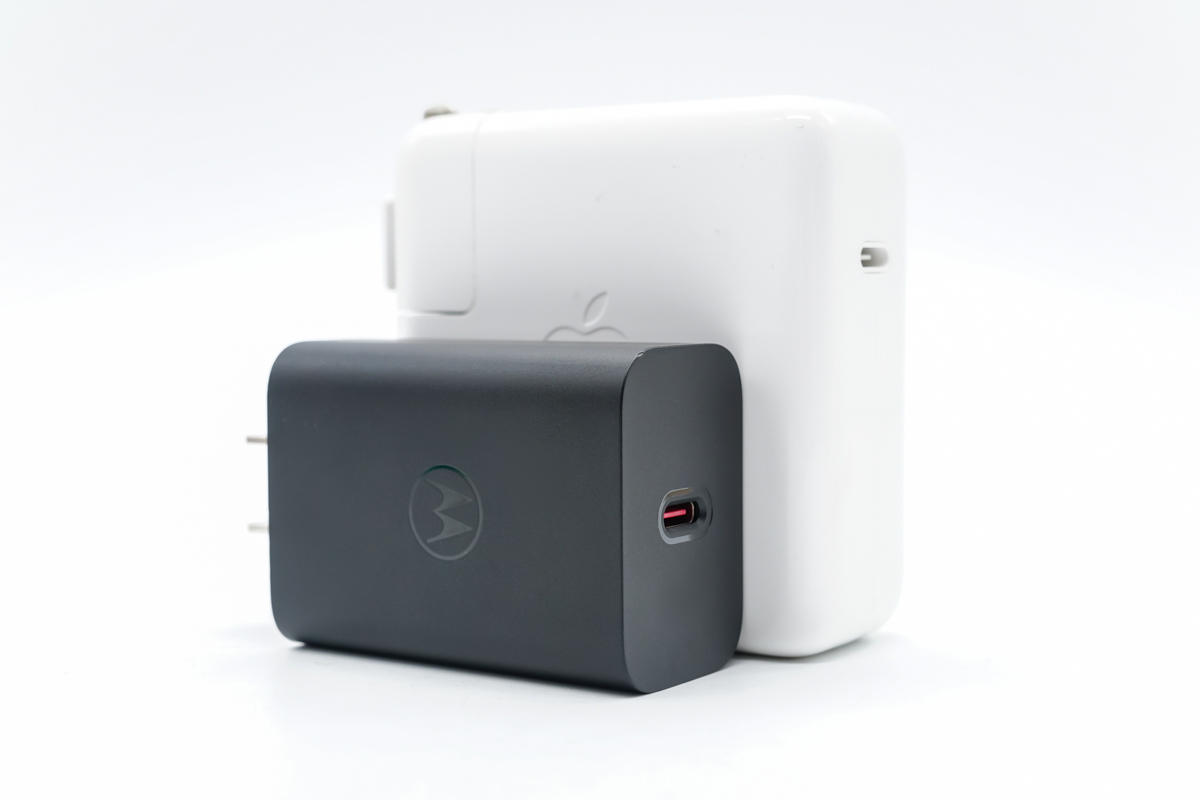 The full charging voltage remains at about 20V, and the power is maintained at about 65W 1 hour before charging, and then entered the trickle charging mode at 1 hour and 33 minutes. The whole process took 2 hours and 30 minutes. 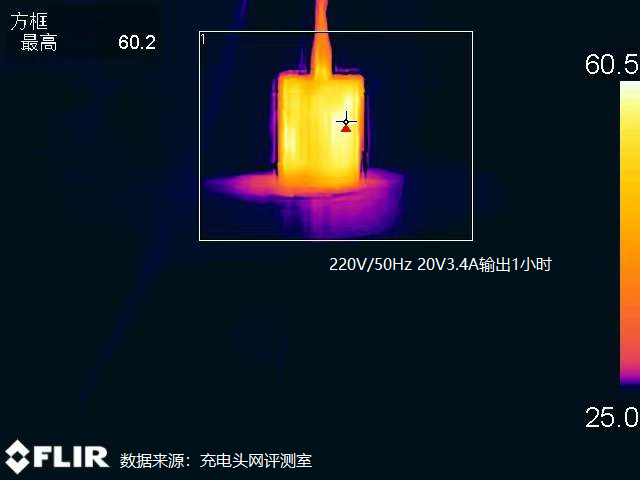 Organize the charging data as a curve chart. The first half -hour charger is charged 30%of the notebook, 60%charging one hour, and the whole process is about 2 hours and 30 minutes. 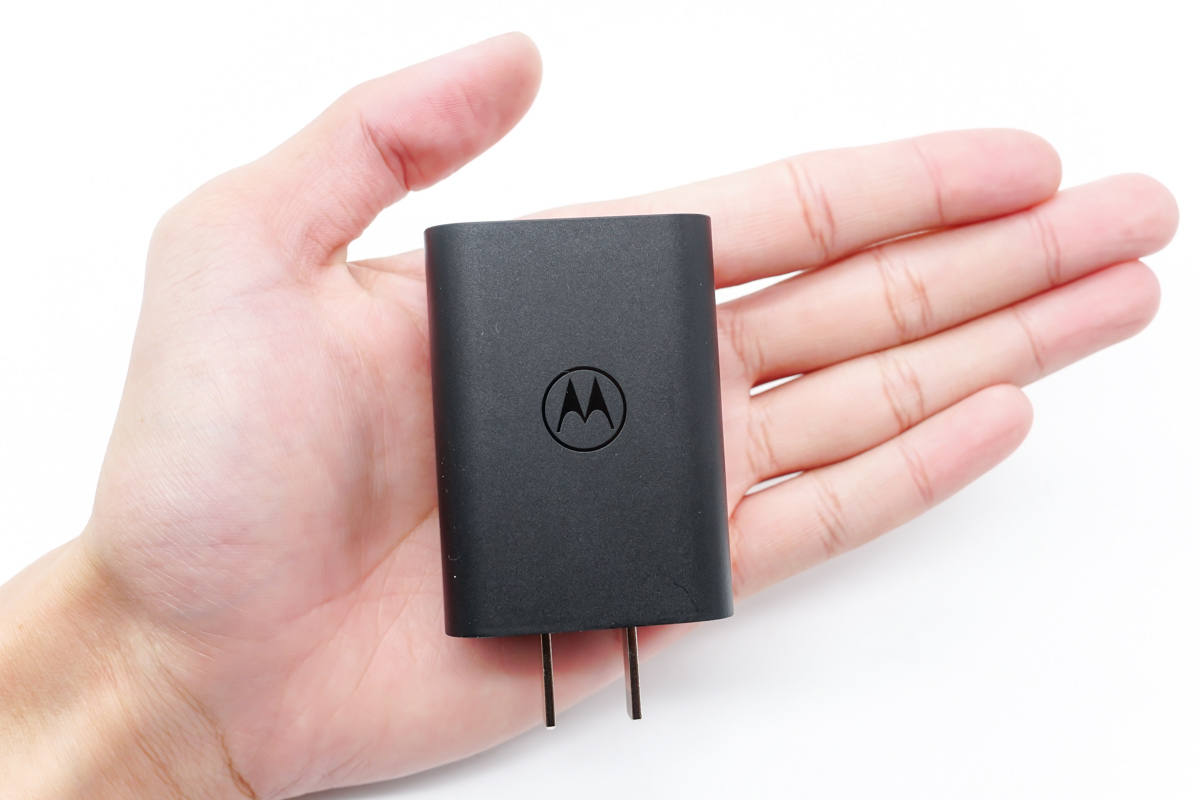 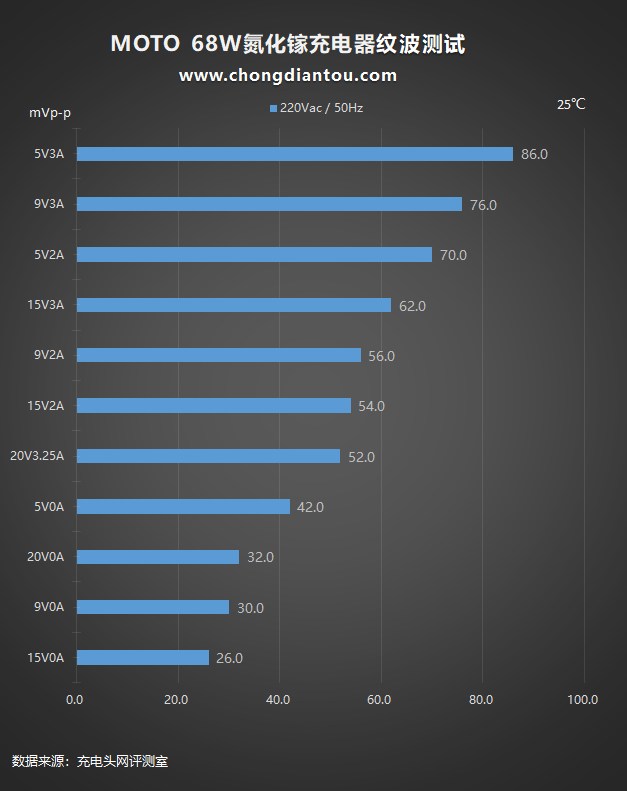 The charger is essentially a conversion device. During the process, it will be lost and emitted in the form of heat. We usually look at the parameter output of the charger 100W or 65W is the maximum output power that the charger can provide for the device, but the power drawn from the socket from the socket is often larger. Below is the charger on 220V 50Hz and 110V 60Hz communication. The conversion efficiency test was performed in the case of input. The test results were as follows: 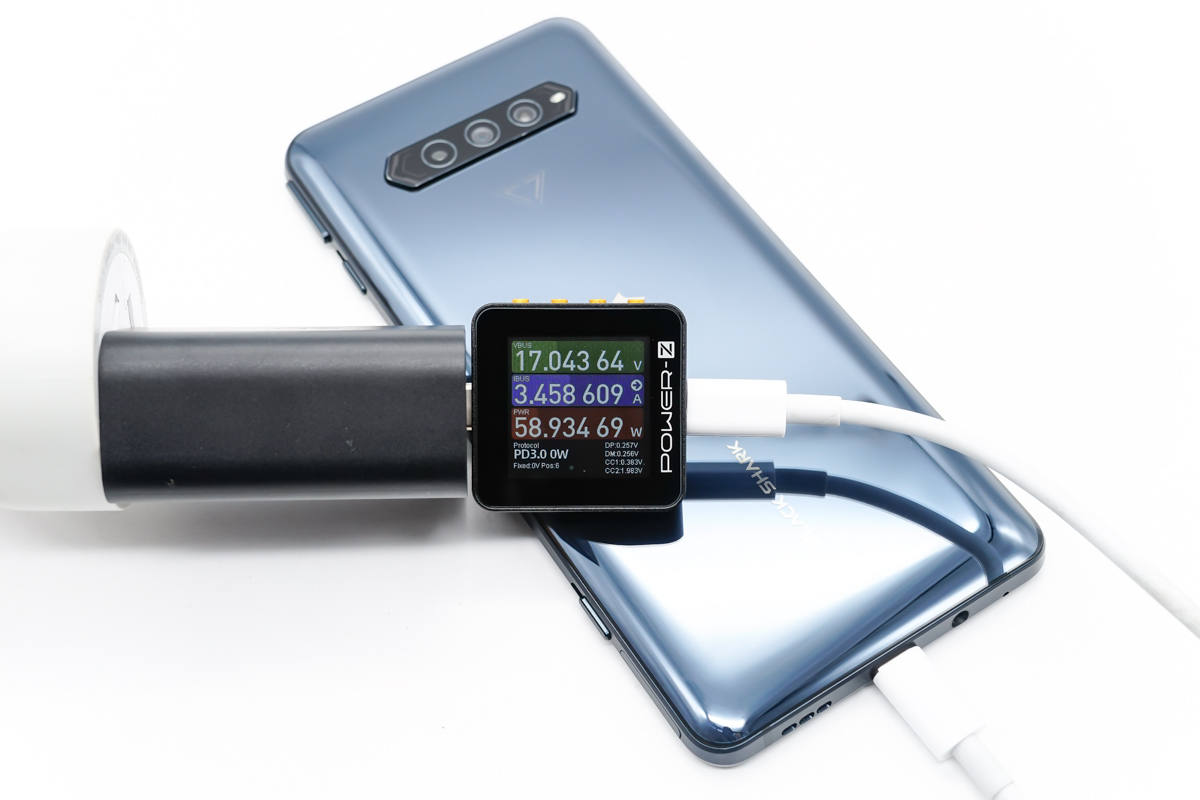 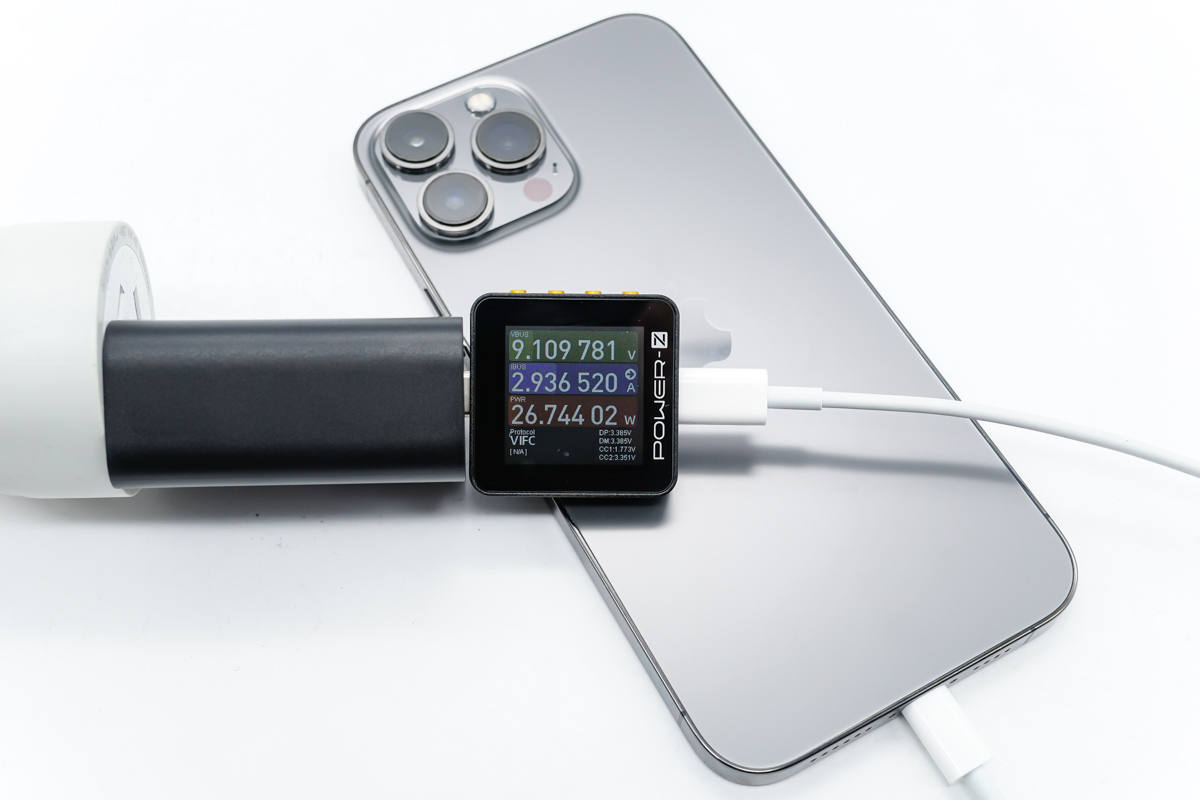 This is the ripple test using the charger in the 220V 50Hz AC input. The ripple test is divided into two types: empty load (the y -axis current in the pillar graph is 0A) and the heavy load (the y -axis current in the column -shaped graph is non -0A). The maximum is 86MVP-P charger at 5V3A output; the minimum is 26MVP-P charger in 15V0A empty load. 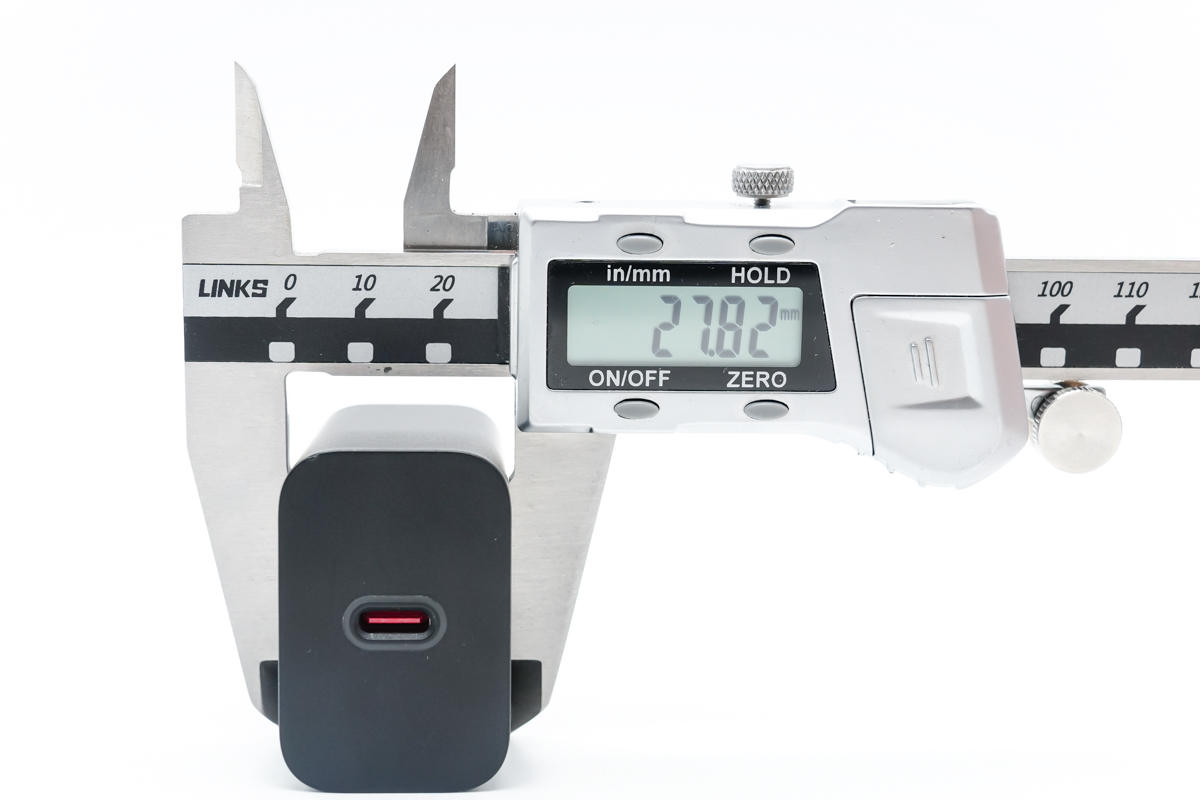 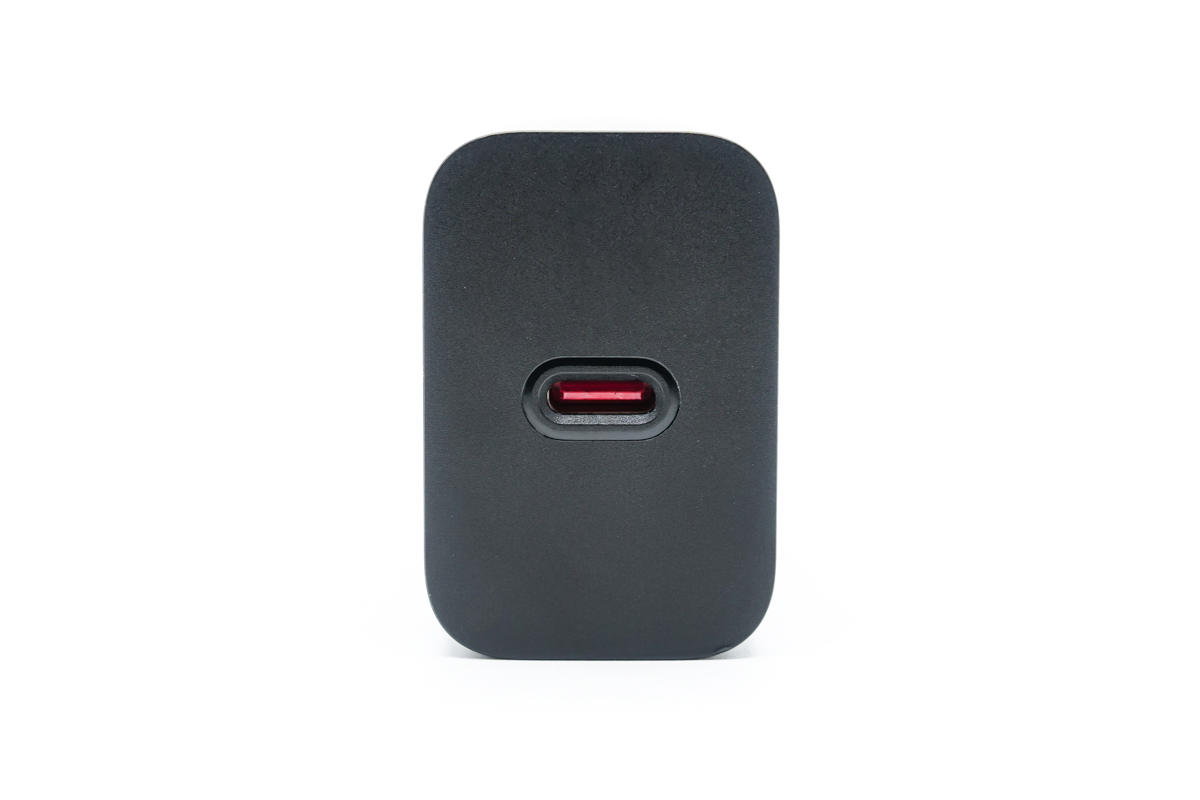 The national standard charger ripple requires no more than 200mvp-P, MOTO 68W nitride oligomer is under the input voltage of 110V 60Hz and 220V 50Hz. Essence 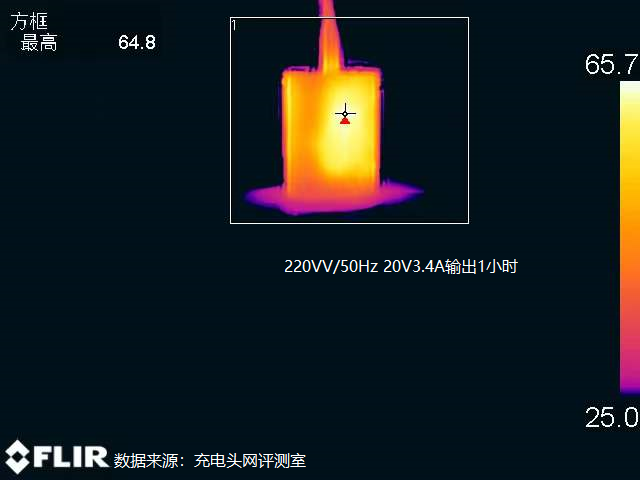 As mentioned earlier, the problem of efficiency conversion when the charger work will be involved. The vast majority of the amount of power consumption is distributed in heat. Therefore, the fever of the long -term work of the charger is also an important part of the test. Continuously output the charger at 68W power for one hour, collect the surface temperature of the charger, and place the charger in the 25 ° C thermostat in the experiment.

First look at the temperature performance of the charger under the 220V50Hz city electricity environment. 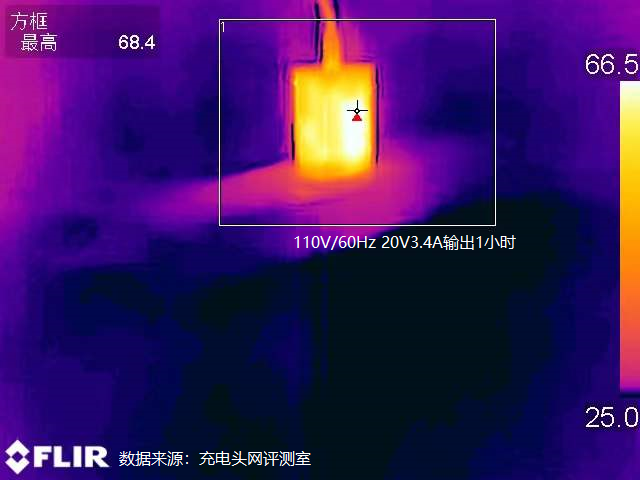 After one hour, the maximum temperature of the charger is 60.2 ° C. 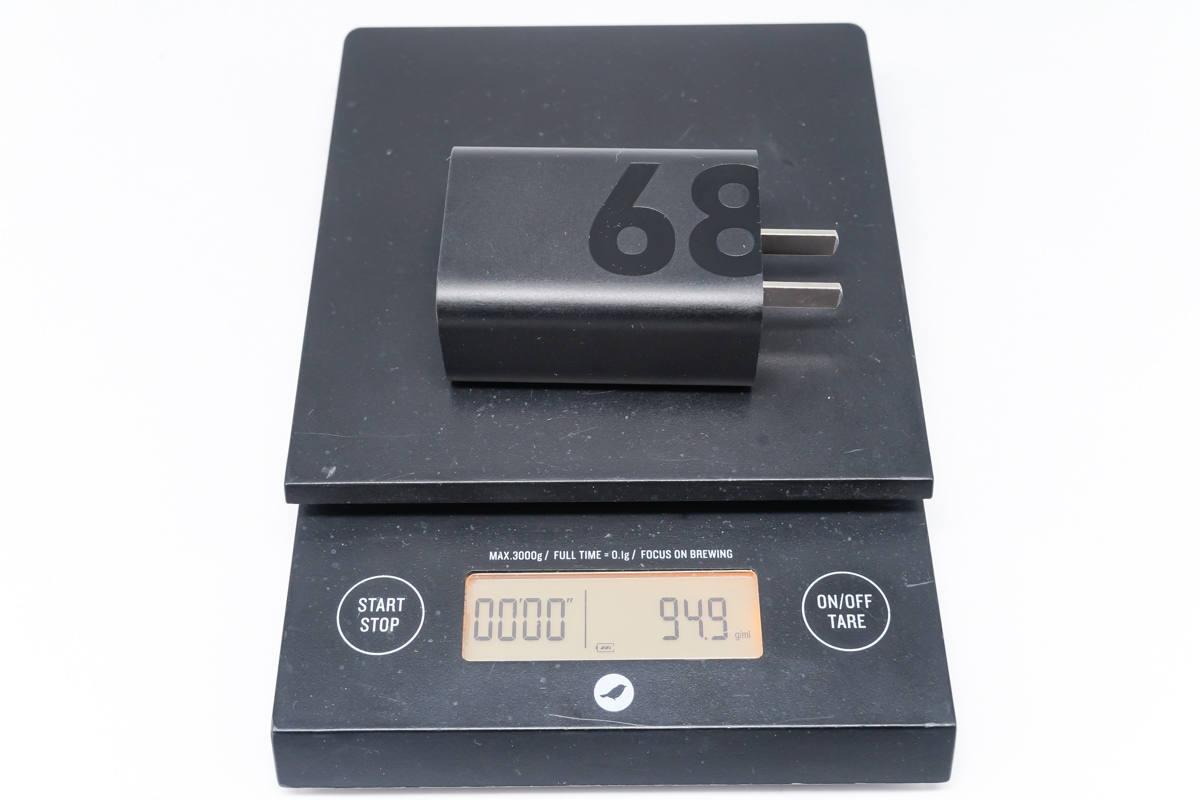 The maximum temperature on the back of the charger is 64.8 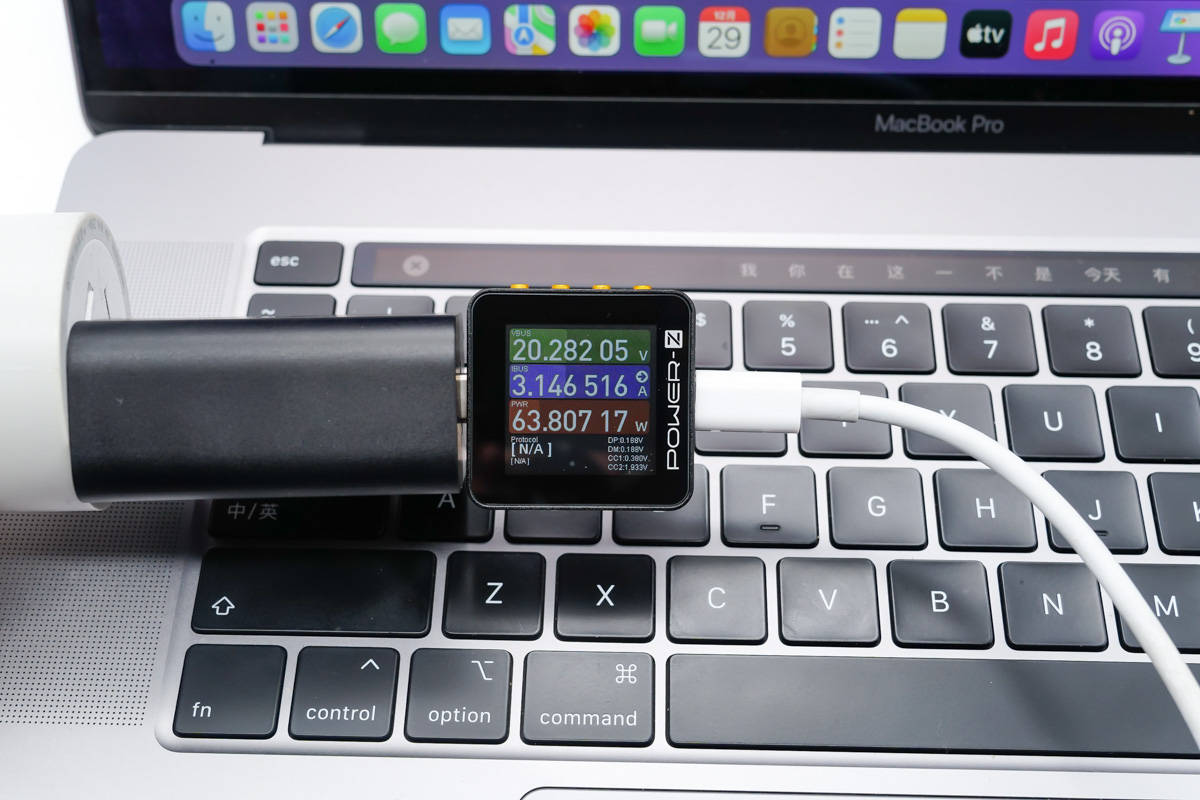 Look at the temperature performance of the charger in the city’s electric environment of 110v60Hz.

After one hour, the maximum temperature of the charger is 70.1 ° C. 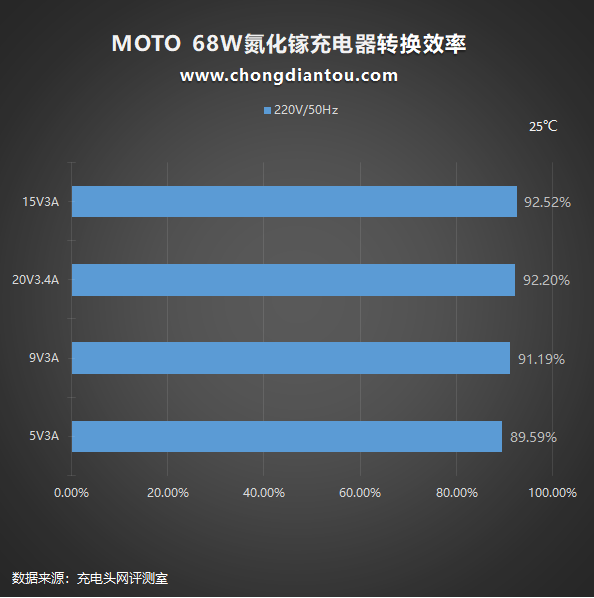 The maximum temperature on the back of the charger is 68.4 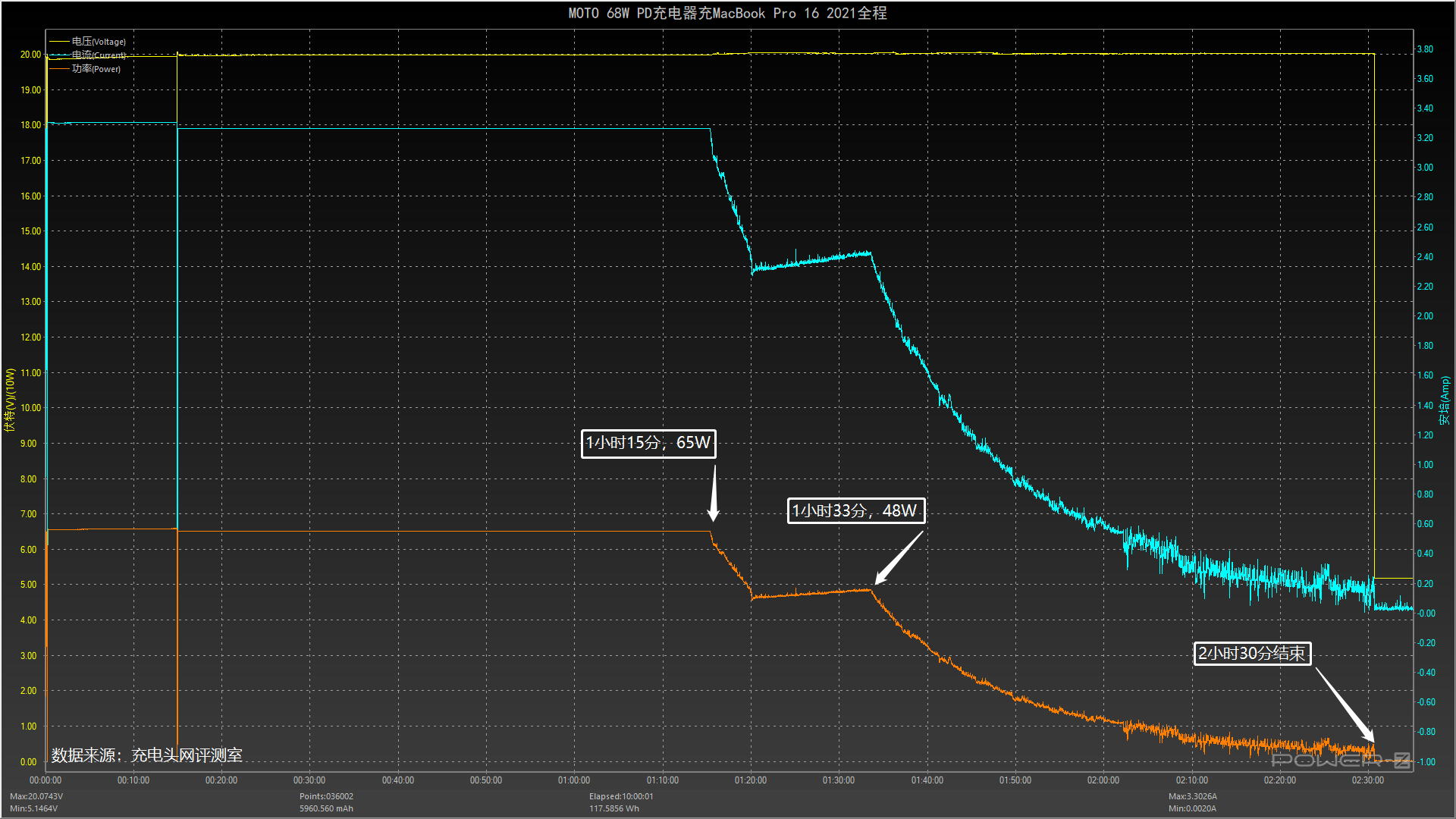 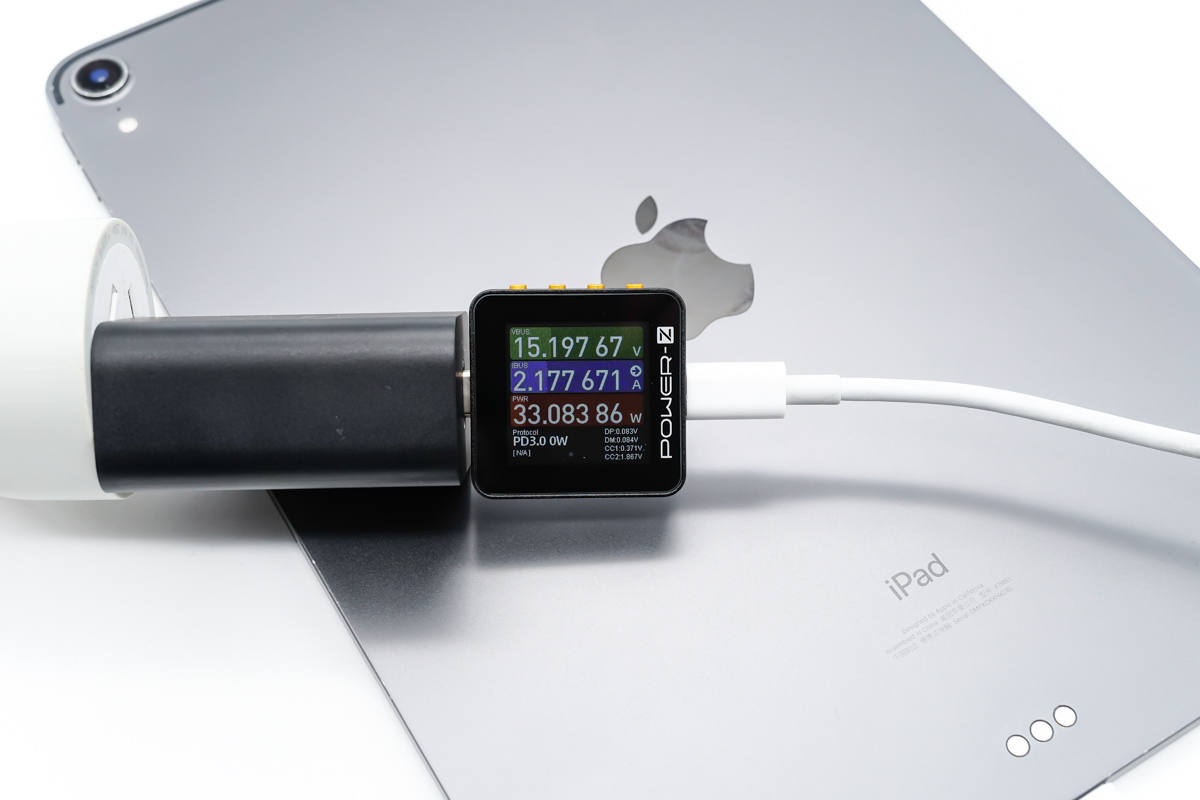 For a long time, will the charger be reduced by frequency due to overheating? The charging head network also tested the MOTO 68W nitride charger.

The charger gear is adjusted to 20V3.4A, and the 68W power continues to output for one hour. During the test, the voltage and current are horizontal and straight. There is no obvious fluctuations.

MOTO 68W Nitrogen Moisturizer is an attachment with the Edge X30. The product is low -key and simple. The frosted shell and a fixed plug. The compatibility of the Moto Edge X30 to a third -party charger is undoubted. 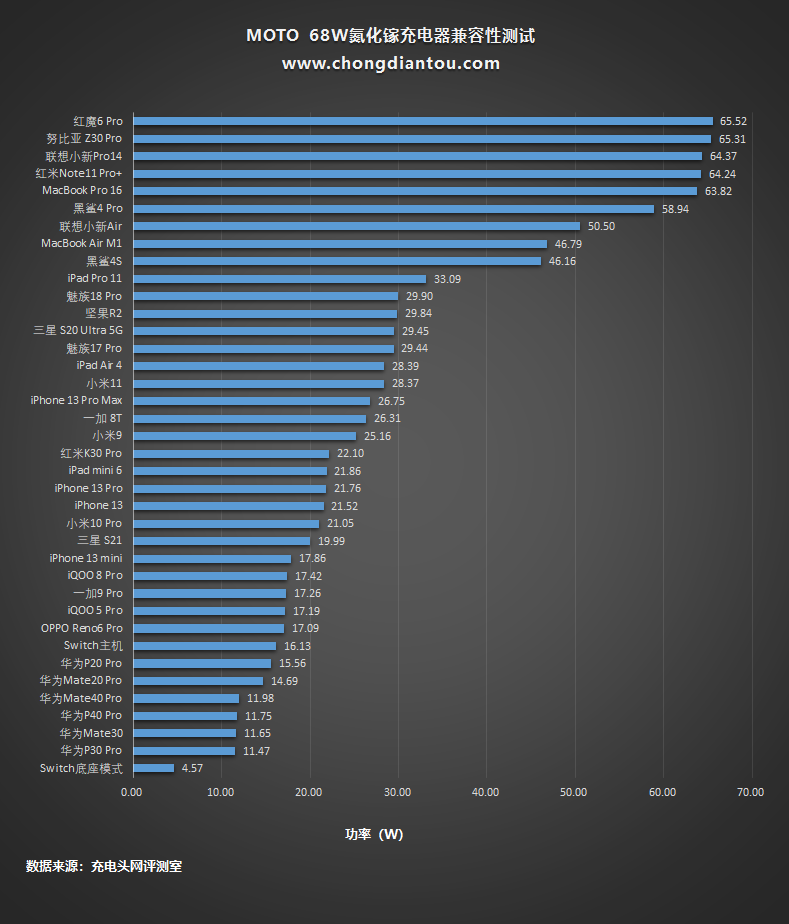 MOTO 68W Nitrogen Moisturizer mainly supports two fast charge protocols: PD3.0 and PPS. It has a fixed voltage of four transmission and a maximum output power of 68.2W. The power density is about 1.01W/cm³, which is definitely a conscience in the mobile phone official.